There have been plenty of feel-good health and environmental stories in the press during August. Ed Gould rounds up his Top Ten from the past month to uplift and inspire.

Not all of the news stories that hit the front pages were what you might call positive in August. However, there were plenty of news items that were undeniably rosy in their outlook. If you missed some of the good things that happened in the last month, then read on to discover some of the positivity from around the globe that you may have been yearning for.

IKEA may be one of the most recognisable Swedish brands around the world but it hasn't been associated with renewable energy – until now. The home furnishings retailer has entered the domestic renewable energy market, according to numerous international reports. The idea is to supply energy from renewable sources to Swedish consumers and then to break out into other European markets. IKEA already sell solar panels for home installation.

The world has seen a big rise in respiratory problems since the pandemic took hold but a new device being trialled in Uganda could improve the lives of many sufferers. It's hoped that this relatively cheap system will help people with a wide range of respiratory conditions more effectively and with a much lower cost than the main alternatives. As reported in the Engineer, the device is likely to be of most benefit in the developing world which has limited resources available for such treatments.

A report published in Medical Xpress suggested that people suffering from the mental health fallouts associated with the pandemic saw better outcomes if they practised mindfulness techniques. A group of volunteers was asked to take part in a daily ritual of mindfulness through an app that lasted as little as ten minutes. Those people who did the sessions every day reported a happier mood than those who did not in the control group. Crucially, those who were happier reported being less affected by COVID-related news. 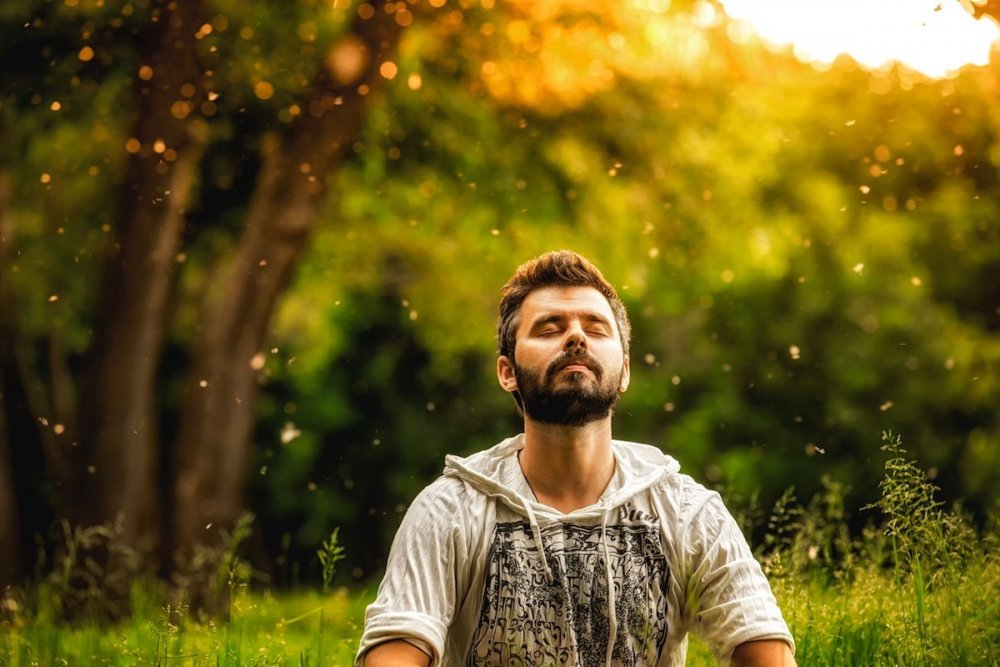 4. Could we charge electric vehicles as we drive them?

One of the drawbacks associated with electric cars is that they need longer to charge than refuelling at a pump. However, if they could be charged while driving, that could be a game changer. According to the automotive press, a German firm has developed a type of concrete that can be used for road surfaces which will charge electric vehicles as they pass over it. There's already a test bed in operation over a stretch of road which charges cars wirelessly via coils embedded in the road. It functions well over a distance of a quarter of a mile and could soon be upgraded.

Making steel comes with an associated high energy cost. It's a material that's incredibly useful but steel makers have long sought more environmentally sound ways of producing it. In August the Swedish carmaker Volvo accepted its first batch of so-called green steel from a producer in the country. As reported in the Guardian, a company called Hybrit has managed to make steel of a commercial grade without burning any coal and it's hoped this will become the new way many steel makers produce it in the future.

The Kingdom of Thailand has placed an outright ban on the use of certain sunscreens in the entire country. This is because certain chemical agents in some of these products are known to damage corals. Given that corals are largely endangered globally, the move could set a precedent in that other countries will now follow. According to a report in Oceanographic, oxybenzone, butylparaben octinoxate and 4-methylbenzylidene camphor are the banned substances. People who are found to be applying a sunscreen with the forbidden chemical ingredients could now face a fine of over £2,000. The move follows a similar one in force in Hawaii.

Protection of Thailand's coral reefs is being stepped up shutterstock/solarisys

A new robot has been developed that's said to be able to pick up tiny fragments of plastic from sandy beaches at a rate that's around 30 times more efficient than collection by hand. The so-called BeBot works down into the sand to collect plastic and other rubbish that's on the surface and beneath. Making use of on-board solar panels to power it, the robot is semi-autonomous and controlled by an operator who can be up to 300 metres way. According to Design Boom, plastic parts as small as 1cm wide can be sifted from beaches using the bot.

A report in Science Daily highlighted a scientific study into physical activity and depression in August. According to the findings of the research, exercising does more to the brain than merely releasing endorphins that give the brain a sense of neural reward. The German researchers have found that physical activity increases the brain's ability to change itself. Although it's long been known that exercise reduces the severity of symptoms of chronic depression, it now seems that it can have a more deep-rooted and long-term effect, as well.

In a model that could be repeated around the world, illegal trawling by fishermen has been stopped in an Italian bay because a conservationist there has placed sculptures beneath the waves. According to the Telegraph, the move has encouraged a raft of sea life to return to the Tuscan bay. This, along with the underwater artwork, has made the area more attractive to divers. However, it's also meant trawlers have stopped using the bay to fish in because their nets cannot slide easily over the statues.

A professor in California has developed a type of radiator panel that's able to create a localised cooling effect. Simply by installing them nearby, it's possible to drop the temperature by around 12 degrees Celsius, a significant difference. What's more, unlike conventional air-conditioning systems, the technology requires no external power source. It works passively, a little like the large ears of animals that live in hot parts of the world that are used to radiate heat away naturally. According to a report in the National Geographic, this system could be a big player in the fight against climate change. •