Where does happiness come from? James Holloway suggests that ancient philosophers such as Epicurus, Plato and Herodotus may hold some of the answers.

We spend a lot of time and effort trying to make ourselves happy, but we hardly ever think about what happiness actually is. Is it a situation? A state of mind? A spiritual experience? Well, if anyone would know, it'd be the wisest philosophers of the ancient world, right? Well, not exactly.


We'd all like to think that some ancient sage somewhere in the history of happiness had the secret completely figured out. A thorough reading of philosophical writings, however, can just leave you more confused than when you started. Some philosophers defined happiness as meaning something different than we would with our current set of ideals. While others had some rather unusual ideas about how to achieve it.

The history of happiness: Epicurus

Let's start with one of the later Greek philosophers, Epicurus. Probably no thinker has had his name more misused than poor old Epicurus. Today, when we call someone an Epicurean or an epicure, we mean that they love to eat, drink and live well. Ironically, that's exactly the sort of claim that Epicurus' followers spent a lot of time defending themselves against.


The reason for this misconception stems from Epicurus' understanding of the relationship between happiness and morality. For the Epicureans, the senses were a guide to life: if something felt good, that was a sign you should do it. If it felt bad, it should be avoided. 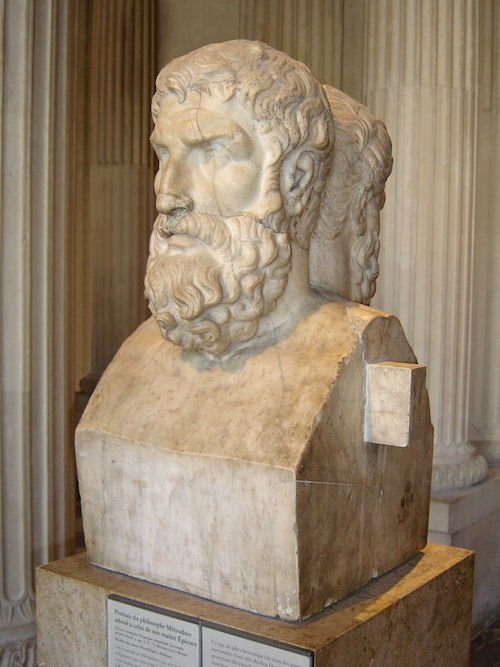 Sounds like a simple code! But not so fast. While this might sound like a simple – and mostly harmless – rule to follow, Epicurus' teachings had a lot of critics. They objected to the principle of hedonism, which they said was a quick pathway to immoral behaviour. Hedonism being defined as the pursuit of pleasure or self-indulgence. It has various interpretations, mainly of the immoral persuasion.


“If it feels good, do it?” What if what felt good was just lying around all day getting drunk? These critics caricatured the Epicureans as pleasure-obsessed brutes who ignored the idea of a higher, spiritual happiness. Nothing could be further from the truth.


Epicureans, in turn, vigorously denied that they were any such things. Instead, Epicurus and his followers claimed that feeling good was about more than getting drunk and having sex. They derived that genuine happiness came from the absence of worry and stress. A condition they called ataraxia. And how do you achieve ataraxia? The secret is summed up in the tetrapharmakos, the “four-fold cure.”

“For the Epicureans, the senses were a guide to life.  If something felt good, that was a sign you should do it. If it felt bad, it should be avoided.”

So, how do you achieve this? Obviously, by studying physics. Come again? It might seem like a weird answer, but it's the real deal, at least according to Epicurean philosopher Diogenes of Oinoanda. According to Diogenes – and from what we can reconstruct of Epicurus' teachings, which we mostly know from Diogenes.


Many people are unhappy because they worry about evil omens and other supernatural phenomena. They worry about things that are in fact not real. Unproven by science and logic. If they all would just sit down and study science they would learn that those things aren't real. They'd soon be on their way to a worry-free and happy existence.


So, there you have it. Follow your senses. Insofar as your senses lead you to a scientific understanding of the universe that you live in. On your quest for knowledge, I wouldn't necessarily recommend going to Epicurus for that scientific understanding, though. Since he seems to have believed that your brain was in your chest. A common belief at the time. He also recommended that you avoid physical pain. A piece of advice you probably don't need a philosopher for.


So, perhaps Epicurus isn't the right guy to go to for advice on happiness. What about other great ancient philosophers?

Well, remember all those philosophical critics who were lighting up Epicurus for the alleged immorality of his philosophy? They might have had a little more time for Plato's argument. If hedonism was the indulgence of only one thing: pleasure, Plato's idea had a far better ring to it for these critics.


For Plato, being happy meant having a balanced personality: wise, brave, just and moderate. Above all, you had to be self-controlled. Athenian society of the era cared so much about self-control that they viewed people who liked seafood too much the way we view drug addicts. Too much desire for the pleasures in life – wine, sex and fish – was the sign of a disordered mind, a person more devoted to pleasure than happiness. 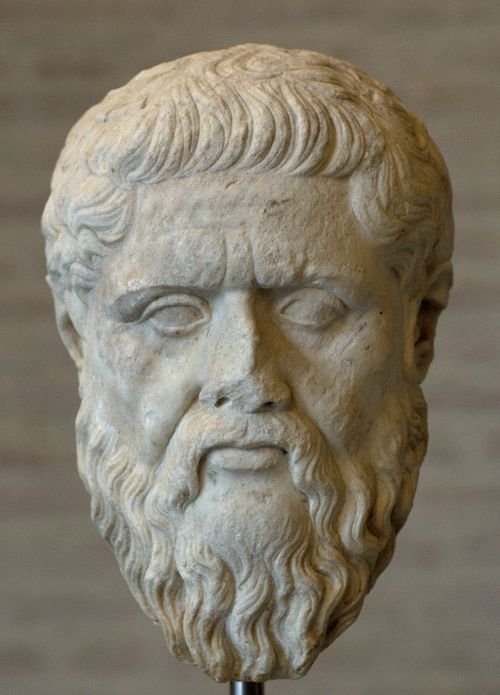 
Plato believed that you couldn't be happy without first being good. Which may be true, but it's harder to argue that all good people are necessarily happy, isn't it? How do you rate that? For Plato and his student Aristotle, virtue is central to happiness. And if you were really and truly virtuous you'd be able to deal with your misfortunes and stay happy. Thanks to your self-control. Make sense?

“Too much desire for the pleasures in life – wine, sex and fish – was the sign of a disordered mind, a person more devoted to pleasure than happiness.”

Herodotus: the father of history

If a life of virtue and self-discipline doesn't sound like your ideal road to happiness. maybe some other Greek authors have a better option for us. Let's see what Herodotus, had to say on the subject of happiness.


In a story about the great Greek lawmaker Solon, Herodotus puts this sentiment into his mouth. “If besides all this he ends his life well, then he is the one whom you seek, the one worthy to be called fortunate.” Many translations use “happy” instead of “fortunate,” and that's what leads most people to summarise this one as “call no man happy until he is dead.”  According to Herodotus, you're not happy until you've passed a happy life and then died a happy death. 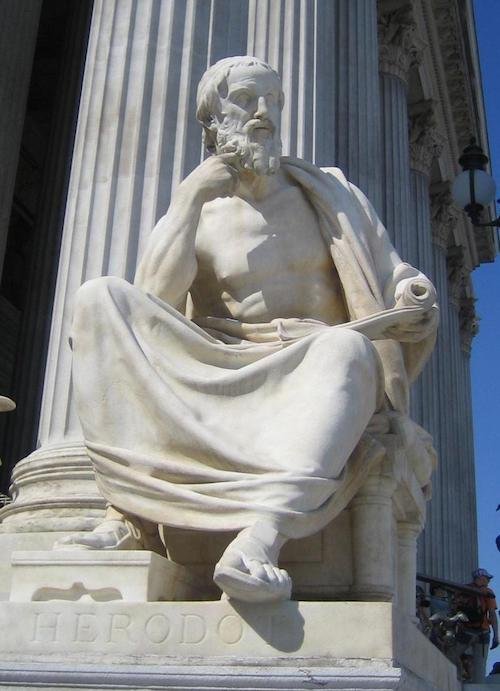 So, what can we learn from how ancient philosophers approached the idea of happiness? Well, on the surface it doesn't sound great. Leaving out Herodotus' grim dictum, everyone else seems to agree that happiness is ultimately internal. Something that comes from cultivating the right attitude toward the challenges life hits us with.


And that's not surprising: the ancient world was a dangerous place. Disease, war and political unrest were common features of the landscape. Relying on the quality of your surroundings to make you happy was just asking to be disappointed. Cultivating a calm, realistic, balanced outlook – no matter how difficult that might sound – was a far safer bet.


And even in a world where we're not as likely to suddenly perish of a disease no one can identify, get speared by the invading Persians or be turned into an animal by a jealous god, that might not be such bad advice after all. ●