What we can learn about happiness from Iceland

The World Happiness Report comes out every year, providing some data about how well-being varies from country to country and how it shifts within a country from one year to the next. But what makes some countries happier than others?


Dóra Guðmundsdóttir is one of many researchers around the world studying happiness and well-being at the population level. By analyzing large data sets, she's helped to uncover the “epidemiology of well-being” — how different groups within a country are faring in response to changing social and economic forces, such as inequality, recessions, and education policies.


By understanding these effects, she helps a country’s politicians and policymakers make better decisions to support the well-being of their citizens. To date, she's worked with the government in her home country of Iceland, where she is the director of determinants of health and wellbeing at the Directorate of Health. I recently interviewed Guðmundsdóttir about her research and what we can do to build more flourishing societies.

Jill Suttie: What made you interested in studying social or environmental factors influencing happiness?

Dóra Guðmundsdóttir: When I started studying the causes of happiness, I became very interested in the “causes of the causes” of happiness — meaning, the environmental factors that keep people from feeling connected, safe, and autonomous, all of which contribute to happiness. Even though many individual choices affect happiness, how easy or difficult it is to make those choices often depends on social or environmental factors, like government welfare programs or gender equality, for example.


JS: According to the World Happiness Report, happiness has been decreasing around the world (as a whole) and there is more “happiness inequality” within countries. Why do you think that’s the case?

DG: There might be many reasons for a decline in happiness. One of them might be higher expectations. In many countries, people are faring better each year — living longer, healthier lives. So, maybe people have a stronger sense that they have the right to feel good.

It may also be that many people are more open about their mental health so they are more willing to say when they're unhappy. Or it might be that younger generations have less tolerance for adversity and pain (both physical and mental) than previous generations.


In terms of inequality, there has always been more happiness inequality within countries than between countries. We also see that there is more happiness inequality within municipalities than between municipalities in the same country. It would be helpful to look at those who score high in happiness and those who score low, and then monitor changes in both, to see how policies impact these groups differently. But our current measure of happiness gives us only a very limited view of the situation. We need broader measures of mental well-being to better understand differences. 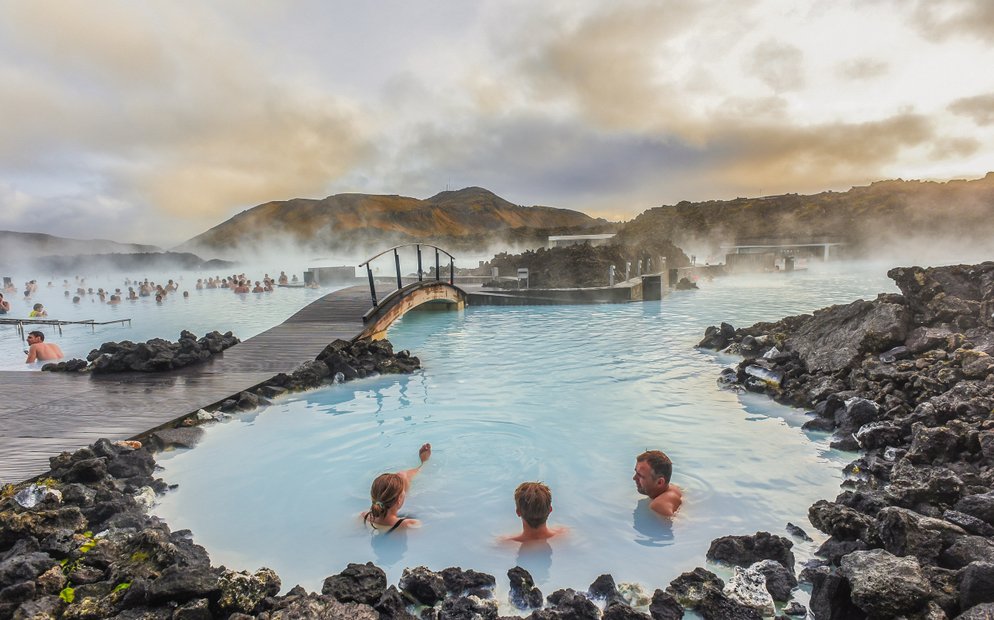 Icelanders are well-known for their happy nature © shutterstock.com

JS: This year, Iceland was ranked as the fourth-happiest country in the world. What is it about Iceland that makes the people there so happy?

DG: According to studies around the world, it seems that the most important contributor to happiness is one’s social relationships. In a small country like Iceland, it's quite easy to be in good contact with your family and friends. The majority of the population lives within an hour’s drive from the Reykjavik capital area.

Another important factor related to happiness is health, and the health status in Iceland is quite good compared to other countries. We have the lowest infant mortality rate in the world and one of the highest life expectancies; the majority of citizens have access to good-quality health care.

RELATED: Happiness – what is it exactly?


Iceland is also a very peaceful nation — for example, we have never had an army. There's a high level of trust in the society, too. Children can go places freely and play outside without supervision. Icelanders also have quite a bit of control over their lives. They have access to quality education, whatever the educational background of their parents. And Iceland is the country with the narrowest gender gap in the world, where it's now illegal to pay women less than men for the same job.

“According to studies around the world, it seems that the most important contributor to happiness is one’s social relationships. In a small country like Iceland, it's quite easy to be in good contact with your family and friends.”


All of this makes it easy and acceptable to try out different things, so people do not feel that they are stuck in a particular path they have not chosen. Their level of safety and autonomy probably has a big impact on their happiness.

JS: How much — and in what ways — is happiness affected by economic forces, according to your research?

DG: Income only predicts one per cent of the happiness in Iceland when other factors are taken into account. That means making a higher income is not going to lead to more happiness, necessarily — it’s a fairly low predictor [of happiness] compared to social relations.

JS: You’ve been looking at research around how economic disasters affect well-being in a country. What are your most surprising findings?

DG:  When we studied the effects of the banking system collapse in Iceland, we found that happiness among adolescents went up after the collapse, even though the happiness levels of adults went down. That’s because after the collapse, adults were working fewer hours, which meant parents had more time to spend with their adolescents. As it became easier for the adolescents to get emotional support from their parents, their happiness increased, even though working less may have resulted in a lower GDP [Gross Domestic Product] for the country. 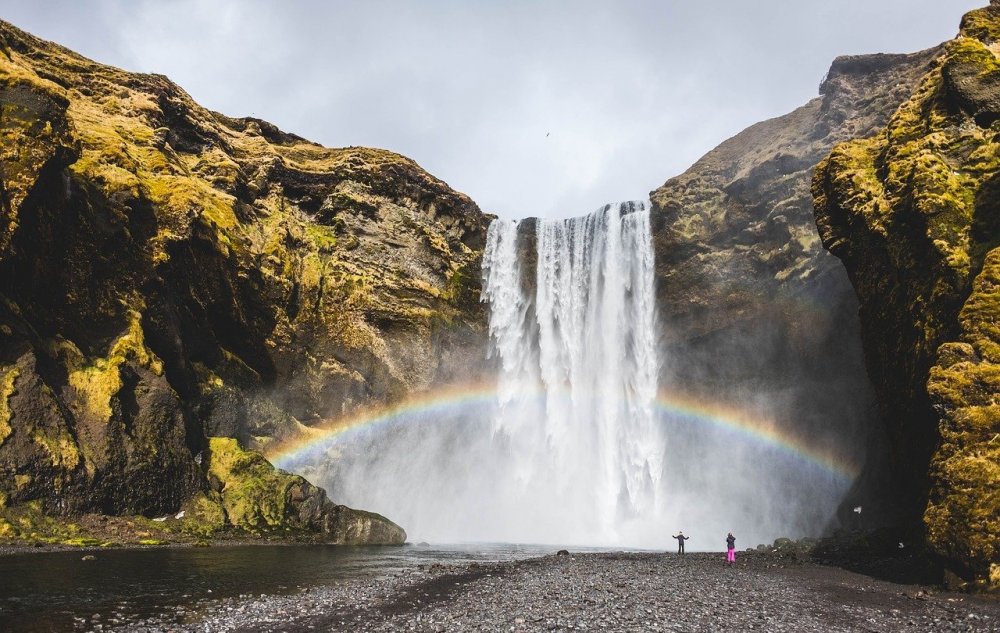 The natural beauty of Iceland brings joy to many

JS: Do you think that having greater levels of happiness in the population acts as a kind of buffer against strong economic downturns?

DG: Yes. When a person faces a challenge, it's likely that the level of well-being before the challenge would play a role in the impact of the challenge. A person who has low well-being and has few resources to handle adversity might be more vulnerable than a person high in well-being with more resources.

JS: How have governments responded to your research and used it to create policy?

DG: In 2007, public health authorities in Iceland decided to include public mental well-being measures in a national survey on Health and Wellbeing. That decision had an impact on both health policies and policies for the whole society. Well-being measures were then used as an indicator in the development of the Health 2020 policy for Iceland, as well as in the broader governmental policy for the economy and community, named Iceland 2020 and led by the prime minister.

“Income only predicts one per cent of the happiness in Iceland when other factors are taken into account. That means making a higher income is not going to lead to more happiness, necessarily.”

Public health indicators, including indicators of happiness and well-being, are published every year for seven health districts, providing profiles for each district. These profiles reflect the strengths and challenges in each district, which enables health authorities, municipalities, and other stakeholders to prioritize, plan, act, and evaluate according to the best available knowledge.

For example, this information has been used to distribute financial resources for mental health services around the country. Additionally, municipalities (who score below the country average in happiness) have used the results to develop an action plan to increase happiness among their citizens. 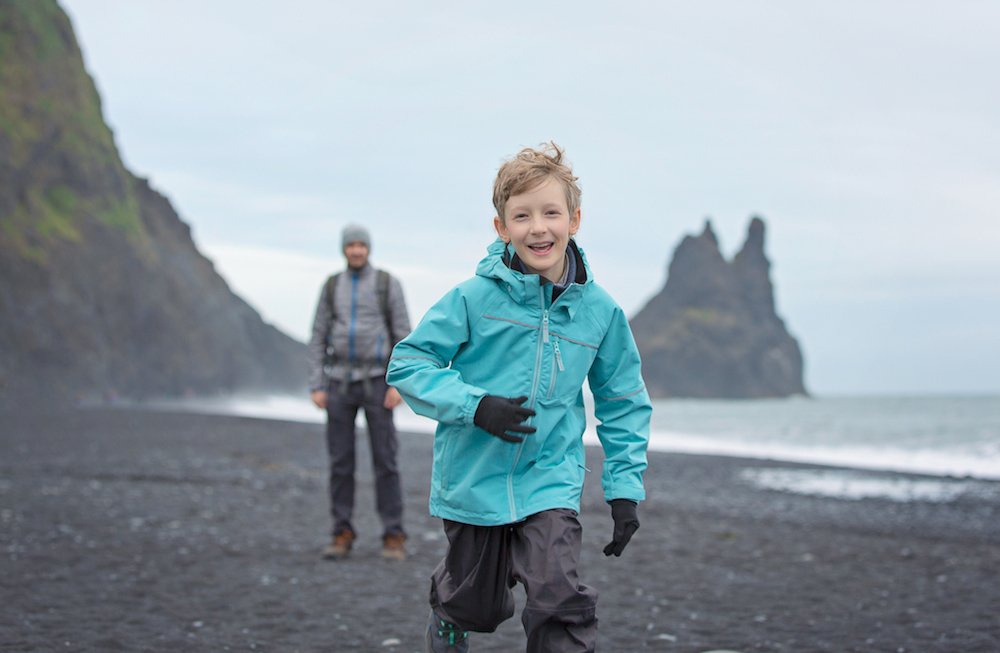 JS: What still needs to be done to increase resilience in your country, in your opinion?

DG: In order to increase resilience, it's important to teach skills in schools — like, coping, self-efficacy, social and emotional learning, and mindfulness. Fortunately, we got funding from EU Horizon 2020 for developing a training program on mental resilience in schools in five European regions.

The project is called UPRIGHT, and its general objective is to promote mental well-being and prevent mental disorders by enhancing resilience capacities in youths. It was designed by psychologists, pedagogists, methodologists, and technology experts from around Europe, and will focus on increasing resilience in adolescents (12-14 years of age), their families, and schools; validating the effectiveness of the program; and providing scientific evidence on specific resilience factors that contribute to promote positive mental well-being.

JS: What do you think other countries can learn from your research?

DG: Countries need measures beyond GDP to help them with policy planning. It’s very important to measure happiness and well-being on a national and local level and offer the results to the public, because what you measure gets attention! When you present well-being results to the public, it opens people’s eyes about differences in well-being and creates a desire to understand why the situation is like this and what can be done to improve it. It’s only when citizens ask for change that politicians listen and act. ●

Happiness.com » Magazine » INSPIRATION & SPIRITUALITY » What we can learn about happiness from Iceland