Six tips for speaking up against bad behavior

Psychologist Catherine Sanderson explains how to be more courageous in speaking up about bad behavior, from offensive speech to harmful actions. On behalf of Greater Good Science Center.

When I was in college, my boss drove me to a meeting. He had trouble finding a parking place — and, when he realized we were going to be late, pulled into a handicapped parking spot. As we got out of the car, he turned to me, grinned, and started limping. I fully knew that what he did was wrong. And I said nothing.

My failure to call out my boss is hardly unique. Yet like most people, if you’d asked me beforehand if I’d have the courage to do the right thing — to confront someone who uses a racist slur or engages in derogatory behavior — I would have said yes. But in reality, most of us fail to step up when actually facing such a situation. Why?

One factor that inhibits speaking up is our fear of the consequences. Will it cost me a promotion or a raise? Will I lose a friendship, get a reputation as a troublemaker, or be excluded from subsequent family gatherings or meetings? I needed a letter of reference from my boss; I didn’t want to hurt my chances for a strong recommendation.

I’m not alone in having such fears: Many people knew for decades about the horrific behavior of entertainment executive Harvey Weinstein… and they said nothing. They feared, and probably rightly so, that reporting his repeated acts of sexual assault would have dire professional consequences. They stayed silent, and his behavior, of course, continued. 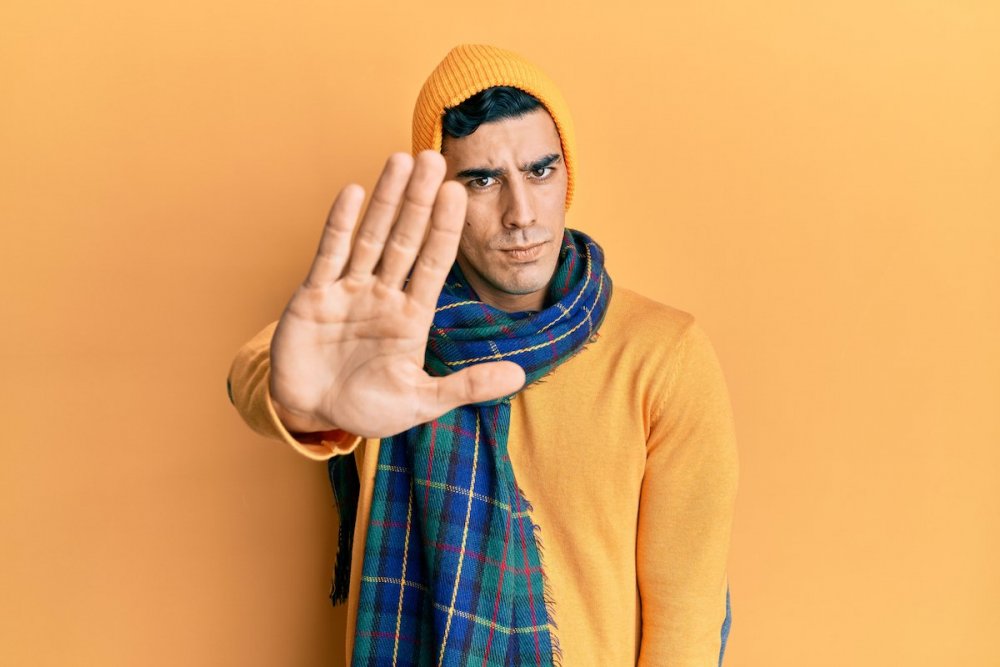 Would you call someone out for bad behaviour?


Another factor is confusion about what we’re actually seeing or hearing. Is that comment at the office a harmless joke, or is it racist and offensive? Is that spat a minor quarrel, or a serious case of domestic violence? Ambiguous situations like these make it harder for people to step up and act, because we don’t want to appear stupid or overly sensitive.

Social psychologists have consistently found that people are far more willing to take action in the case of a clear emergency than when they find themselves in an ambiguous situation. In one study, researchers compared rates of helping for those who heard an ambiguous emergency (a loud crash in another room) versus an unambiguous one (a loud crash followed by groans of pain). Those who heard the crash and the groan were much more likely to help.

RELATED: Moral courage – 5 ways to stand up against hate

When facing an ambiguous situation, our natural tendency is to look to others to figure out what’s going on. But here’s the problem: If each person is looking to the people around them to act, and no one wants to risk feeling foolish and embarrassed, the problematic comment or behavior may be left unchallenged. And this silence conveys a lack of concern, or even tacit acquiescence, making it far more likely that it will continue.

“Social psychologists have consistently found that people are far more willing to take action in the case of a clear emergency than when they find themselves in an ambiguous situation.”

One of my students – a male varsity basketball player – once told me that every day in the locker room, someone says something offensive. Then he wondered aloud, “Why do I sometimes say something and sometimes I don’t?” He recognized that what he was hearing was offensive, but also that he didn’t always speak up. What he probably didn’t understand was that in all likelihood some of his teammates also felt uncomfortable with these comments but, like him, felt more comfortable being silent, at least some of the time.

Though we all imagine ourselves as courageous people who’d do the right thing, it’s not so simple. Over the last few months, we’ve seen multiple examples illustrating the challenge of calling out bad behavior in the case of mask wearing. If you see someone in a store not wearing a mask, do you speak up? You could – and you probably should – but you may worry about whether that person would become aggressive, or whether it’s your place to do so. Or how about if you notice a store clerk asking a customer to put on a mask, and see a confrontation escalating? Should you get involved? Again, you may worry about the potential consequences, such as increasing the spread of potentially infected saliva as more and more people talk.

But the good news is we can hone specific skills for challenging bad behavior when we need to. Here are some science-based tips.

1. Find a short and clear way of expressing concern or disapproval

This helps you avoid getting embroiled in a lengthy “teachable moment” or humiliating the other person. It simply identifies that the comment or action isn’t OK – for the person engaging in the behavior and for those observing it.

One study examining responses to homophobic comments in the workplace found that the most effective type of confrontation was calm but direct: “Hey, that’s not cool.” A similar approach could be used for almost any type of harmful behavior, from calling out someone for using offensive language to intervening when a colleague is rude to a coworker. Openly expressing disapproval clearly communicates what isn’t acceptable, an essential first step in creating new social norms.

2. Assume that a comment is sarcastic and identify it as such

Sometimes you can disarm a speaker by assuming they are only being sarcastic. So, for example, you could respond to a sexist comment about the hazards of voting for a woman by saying, “I know you’re just trying to be funny, but some people really do think that women are too emotional to be president!” Your response clarifies that you disagree with the comment, but it doesn’t make the person who made the remark appear stupid or bad.

3. Make the discomfort about you, not them

One way of doing this is to reveal a personal connection to explain your reaction to an insensitive remark. You could say, “I was raised in the Catholic church so that comment is hard for me to hear,” or “A close friend of mine was sexually assaulted in high school, so jokes about rape make me uncomfortable.” This reduces the risk that you will make the person feel bad or defensive, but it also clearly indicates that their comment or behavior was wrong.

4. Actively play out different types of responses to offensive remarks or problematic behavior

Learning different techniques for confronting bias or unethical behavior can make a difference, but it’s not enough to learn skills and strategies; it’s essential to practise using them. Practising helps reduce inhibitions about speaking up and makes responding feel more normal. It also increases our confidence that we can intervene in a real-world situation. 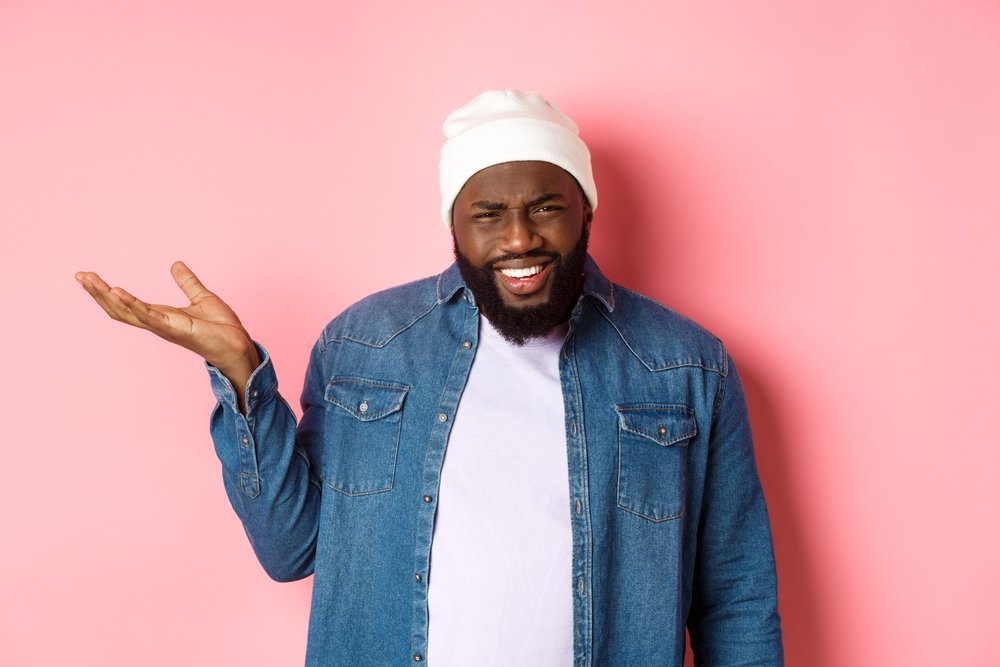 This is why the most effective programs for helping bystanders speak up – in schools, universities, and workplaces – not only provide training on how to handle difficult situations but also give people opportunities to practice these skills by roleplaying various scenarios.

5. Find a friend who shares your concern

Doug McAdam, a sociologist at Stanford University, found that what best predicts when someone will challenge prevailing social norms, even at great personal risk, is not having to do so alone. The downfall of Theranos (a company that made fraudulent claims about blood testing) started when two employees spoke out together about their concerns, even though they knew they would face potentially lasting personal and professional repercussions. For those of us who aren’t naturally courageous, finding a friend to stand by our side can be essential.

6. Put yourself in someone else’s shoes

In 1999, Kathryn Bolkovac, a former police officer, was working as a human rights investigator with the United Nations International Police Task Force in Bosnia and Herzegovina when she discovered that some fellow officers were engaging in sexual misconduct. They were hiring prostitutes and raping underage girls, and were involved in sex trafficking. When she reported these offenses to higher-ups, she was demoted and then fired. (In 2002, she won her lawsuit for wrongful termination.)

What led her to speak up? For Bolkovac, a mother of three, one factor was the personal connection she felt to the girls who were being abused. As she told National Public Radio, “I’d be lying if I said there certainly weren’t moments when the children – my own girls – were going through my mind.”

Speaking up and risking the consequences can be far easier if you can see the world from someone else’s perspective. Some people may naturally empathize with others, but we can all learn to be more empathic by deliberately expending the time and energy to cultivate empathy. After all, if you were being bullied or sexually assaulted, wouldn’t you want someone to stand up and help you?

We can all learn to speak up in the face of bad behavior. If enough of us do so, we can change the culture to one of courage and action instead of silence and inaction. What would it take to create a culture in which we are expected to act when we hear offensive language, witness sexual misconduct, or see workplace fraud? Sometimes just a single voice can be enough, especially when that one person gives others the courage to speak up. •

How to mobilize men against sexual harassment

Many forces undermine efforts to help men to empathize with women and speak out against harassment and assault. Elizabeth Svoboda – on behalf of

Adoption: the highs, the lows, happiness, and forgiveness

National Adoption Day is 17 November. To adopt a child is usually a chance to change its life for the better, but this isn't always the case,

How to open yourself up to receiving help

Some people resist compassionate support from others. Here’s why — and what they can do about it. By Emiliana R. Simon-Thomas, science director of

How to cope with the suicide of a friend: my personal story

When Anastasia Fox's best friend, Wes, committed suicide, her world fell apart. Trying to make sense of why he took his own life has been a long and