Rae Bathgate takes a look at a new study focusing around the words associated with happiness. Just what exactly do people relate the word 'happiness' with? The results can teach us how to be more joyful.

What does happiness mean to you? Every person is their own world, so every answer is different: you may conjure up a memory, I may think of one person, while some even relate it to a smile or a laugh. But how often does happiness make you think of others? One study asked 521 female participants the following question: what three words come to mind when you think of happiness?


While not the most original question, a new study titled “What does happiness prompt in your mind? Culture, word choice, and experienced happiness", conducted between Korea and the United States, shows that it may be worth to sit down and ask ourselves this question more often.


The method used in this study was free-association, shown to be an accurate indicator of one’s own self, and in it, evidence surfaced that one type of answer mattered more than others when it comes to happiness. Unsurprisingly, it’s not money, success, fame, glamour, nor is it, sadly, raindrops on roses or warm woollen mittens. Rather, the most revealing words are social words, interpersonal words – in short, those related to other people. 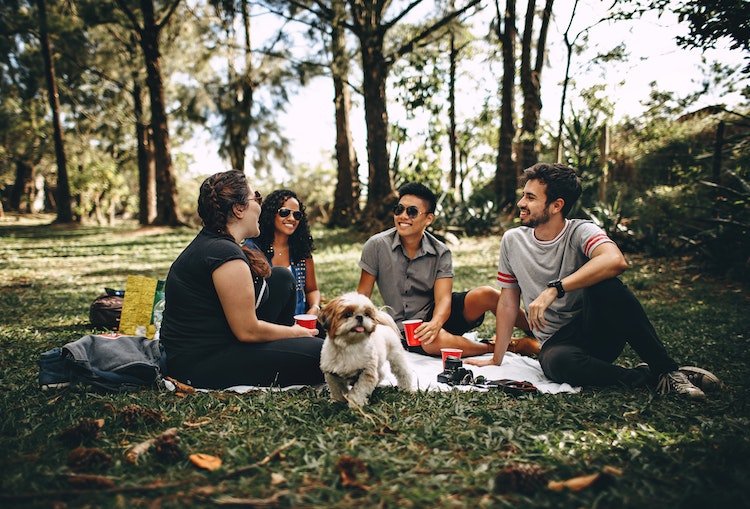 
While knowing how often you associate these words with happiness seems to be a telling indicator of how happy you might be, the good news is that you can choose who these other people are (meaning that you can build your own social circle). This phenomenon seems to exist in a positive feedback loop, where fuelling social behaviour – especially helping others – may be the key to a higher life satisfaction.

The study, conducted by the Yonsei University in Korea and the University of California, Santa Barbara (by researchers Ji-Eun Shin and Eunkook M. Suh, and Kimin Oem and Heejung S. Kim respectively) asked 521 female participants from both countries the following question: “What three words come to mind when you think of happiness?”


The test was conducted as a free association task, meaning that subjects were to produce some words (in this case, three) that came to mind related to a prompted cue (in this case, the word “happiness”). Researchers focused on answers they categorised as “social:” These social words, as viewed by the researchers, were ones that simply referred to things like interpersonal relationships. Some examples of the words used were:

The ties that bind

This difference between our ideas of happiness is not new and had even been predicted by the researchers. What’s more, the study further mirrored findings that connected loneliness to a lack of family ties in collectivist societies, like in Korea, whereas in America loneliness was more often associated with a lack of friends and confidants.

“This phenomenon seems to exist in a positive feedback loop, where fuelling social behaviour – especially helping others – may be the key to a higher life satisfaction.”


Rather, the central question to be tested was whether participants who used more social words associated with happiness were, in fact, happier. It turns out the answer is yes. “In both cultures, those who mentioned more social words enjoyed significantly higher life satisfaction,” reported the researchers. This suggests that “defining happiness in social terms is beneficial to happiness in both cultures,” conclude researchers, adding that, “the current finding affirms in a novel way that social experience is indeed a core block of happiness.”

RELATED: Money can't buy happiness – except when you spend it like this

So, how can we move towards greater social connection (whatever that may mean to you) and consequently, towards a happier life? The answer may be simple. Participants who had a higher incidence of social words and a higher reported level of happiness also reported engaging in activities to help others more often, and previous studies have shown that altruistic activities seem to make us happy. 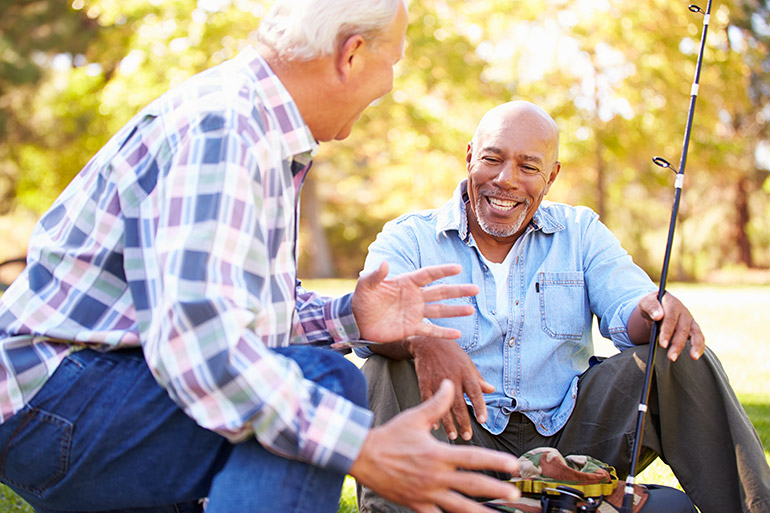 Net gains: group activity, such as fishing, is important


While researchers acknowledge that the results of this study are mostly correlative, not causative, they suggest that participating in such activities will start a positive feedback loop, thereby making you happier, teaching you to associate happiness with social connectivity, leading you to seek out and provide social support, causing you to be happier, and so on.

Haven't we studied this before?

Happiness, its causes, and its components have long been a source of research interest. In academia, there has been extensive documentation and widespread agreement "that positive social experience is one of the most significant predictors of happiness,” as written by Shin, Suh, Oem and Kim. Some researchers even go as far as to suggest that social experience was the only condition for happiness, other than the absence of psychopathology (Diener and Seligman, 2002).

“Participants who had a higher incidence of social words and a higher reported level of happiness also reported engaging in activities to help others more often.”


Previously used methods have been yes/no questionnaires, or longer, free-form essays; while both accurate to an extent, these methods often proved either too restrictive or not enough so. While seemingly simple, free-association, on the other hand, has yielded powerful results in the world of psychology, proving itself an accurate predictor of personality aspects and demographic characteristics. This, according to researchers, is because, “Words that are called up when we think about happiness are a sort of cognitive 'package,' created based on our upbringing, culture and personal experiences.”

Shin, Suh, Oem and Kim’s work also asked participants to report on their level of happiness and social involvement. Global happiness was measured using the most widely used method, the Cantril’s Self-Anchoring Scale, while the rest of the study focused on establishing "the person’s level of interest, desire, and competence for developing a relationship with others,” with concepts like:

How others make you happier

Researchers Shin, Suh, Oem and Kim specify that their study is to be taken as a complement to previous work, noting that the primary objective is to draw a parallel between "beliefs about happiness and how they relate to actual experiences of happiness,” by delving into two countries’ deeply-held beliefs about the subject.


So, does linking happiness to social relationships give you a more positive outlook on life? Not necessarily. The study showed that in both ascribed (e.g. “family”) and self-chosen (e.g. “friends”) relationships, there was no difference in optimism by those who used more social words. 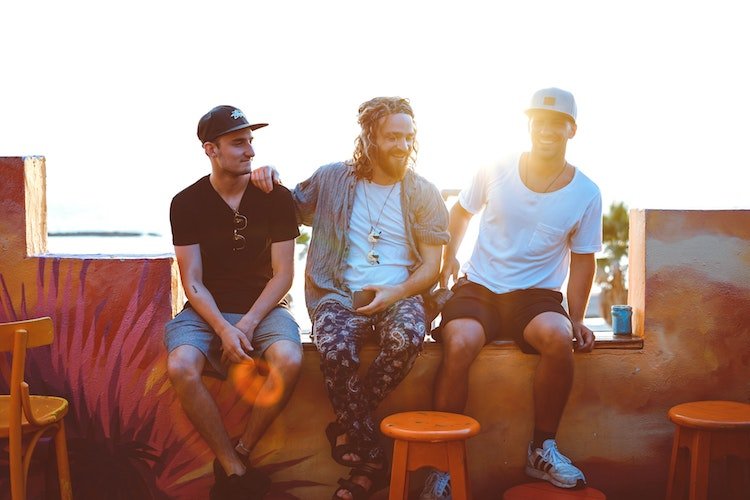 Better together: social connectivity is one key to happiness

However, these subjects reported feeling significantly less lonely, as researchers Shin, Suh, Oem and Kim note: “They believed that their selves overlapped more with others, desired more social belongingness, and presumably as a consequence, were less lonely.” Indeed, this stronger social connection (or, as the researchers put it, the content of happiness) seems to indicate a higher level of happiness: in other words, if your definition of happiness is to spend quality time with others, the chances are that you will be happier.

This held true for both American and Korean participants, indicating that “holding a socially rich theory of happiness is beneficial to the mental health of both Americans and Koreans,” explain the researchers, who conclude that, “Fulfilment of social need seems to be a universally necessary condition of happiness.”

What does it all mean?

Social interaction is a tricky thing: for each person, some days and nights lend themselves to picnics, bonfires, dancing and socialising, and days that are fabricated more for some alone time with a book. With their study, Shin, Suh, Oem and Kim aren’t suggesting that the real key to happiness is only through social interaction. Rather, their research supports the idea that those who associate happiness with the notion of strong, reliable social relationships seem to be the happiest.

So, how does one change one’s beliefs about what happiness means? Well, apart from continuing to read up on the subject of the key to happiness, you can jump-start a positive feedback loop by engaging in activities that foster strong relationships, preferably ones where you (yes, you!) can help someone else. Cultivating social ties, especially those where you can give back as well are proven to make you happier –or at least, less lonely – which in turn may change your whole perspective on what happiness means. ● 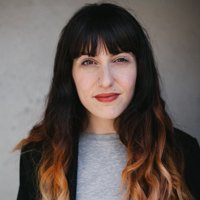 Rae Bathgate is an American journalist based in Barcelona, where she enjoys sunlight, yoga, and bookbinding.