After struggling with body confidence issues for years, Sienna Saint-Cyr improved her self-view after becoming a life model. She gained body positivity, acceptance and true love for herself.

Growing up, I was never one of those skinny girls. For a long time, this bothered me. I never wore a swimsuit, hated shorts – even in 90-degree weather – and was generally down on myself and my appearance. My poor body image and lack of body positivity led to me not taking care of myself because I figured, “What’s the point? I’m always going to be fat anyway.”


However, as I got older and more immersed into body-positive culture, I met a lot of people that were larger than me and sexy as hell. I was shocked how people flocked to them and they had – gasp! — cellulite, just like I did. But they didn’t care. In fact, they loved every part of themselves. Even if they had struggles at times, overall they were confident in their own skin.

I wondered what was different about these people and why I couldn’t be more like them. So I started looking at the things they did and compared that to what I was doing.

One of the first thing I noticed was that all these people exuding body positivity wore swimsuits and didn’t apologize for it. They didn’t lean over and cover their bodies so no one would see their rolls of flesh. They stood tall and walked with elegance to the pool or hot tub. And I'm pretty certain being nude in front of someone else wouldn't have phased them at all, either. 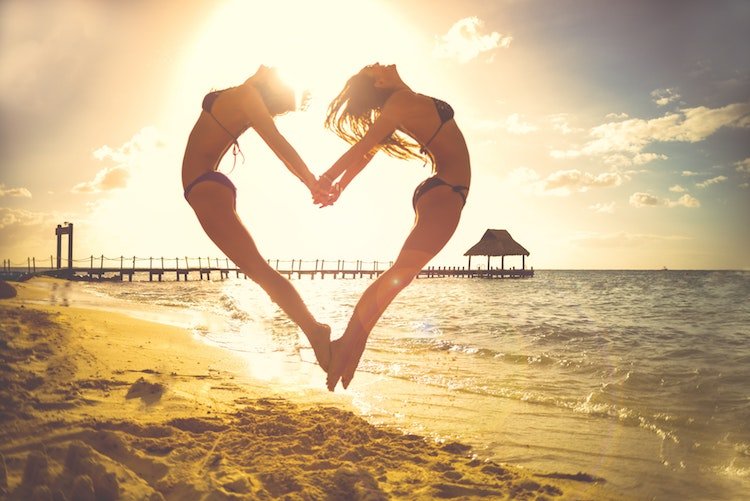 Embracing body positivity: whatever your shape or size, accept yourself

I also noticed that they didn’t walk around in sweatpants and baggy t-shirts. They dressed nicely. Groomed. Put effort into their appearance. They believed that they were worth that time and effort, so I believed it too.

So I decided to start dressing more nicely too. Wearing make-up just for fun. I got contacts and stopped hiding my face with glasses. I even started wearing shorter skirts and swimsuits.

But I still wasn’t quite where I wanted to be with my confidence. While I was all for being healthy and losing weight, I knew that I needed to love myself as the ‘fat girl’ before making drastic changes to my diet and exercise. Otherwise I’d find something else to pick apart... my teeth, my mom belly, my uneven eyes – learning to love my body as it was seemed like the best step.

“As I got older and more immersed into body-positive culture, I met a lot of people that were larger than me and sexy as hell.”


Shortly after this realization, I opened my inbox one day finding a message asking me if I’d be interested in posing as a figure model. Before I could talk myself out of it, I agreed: me, the person who was previously hid behind her clothes, was going to pose nude for a bunch of complete strangers! It was for a sex-positive/body-positive studio called Catalyst, so they were even looking for someone like me, with a curvier body.

Of course, I was terrified to take off my robe once I got there, but I did it! And once I was in front of everyone, I stopped noticing the fact that I was naked. In fact, I was far more focused on the chill in the air and the nails not being flush in the wall! 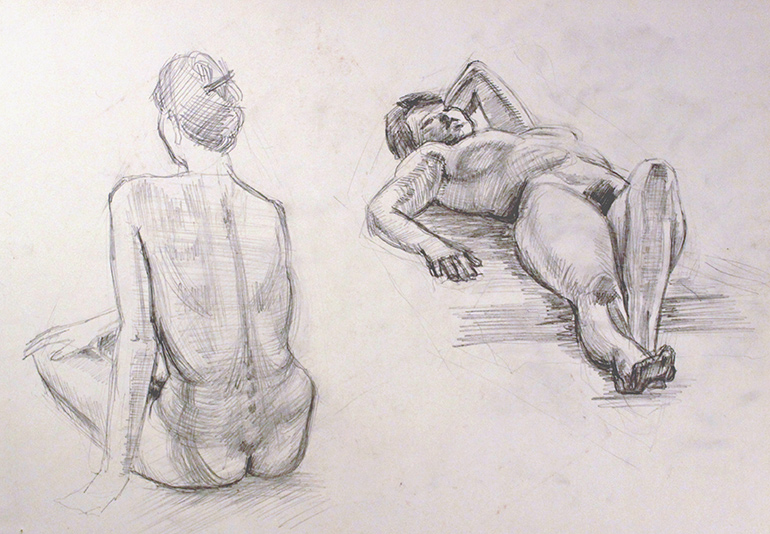 Once we were finished with the class, I got to look at the drawings people made of me and I was surprised to find that they were beautiful. I was so happy! People didn’t see me how I thought they did and that helped me see myself clearer. I even came home with an original drawing of me.


Loving myself and developing body positivity hasn’t been easy. It’s taken years and I do occasionally fall back into bad habits. But when that happens, I remember how others saw me. Then I take a deep breath and do something loving for myself. ● 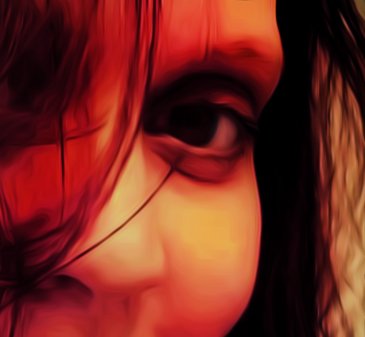 Nudism: how it can actually boost positive body image

A positive body image is a strong factor in determining a person's happiness; if you're unhappy with your physical shape, it can hinder your

Self-acceptance can be difficult, especially when we compare ourselves to others. But knowing your strengths and being happy with your flaws has real