There have been plenty of feel-good health and environmental stories in the press during March. Ed Gould rounds up his Top Ten from the past month to uplift and inspire.

March was a time of great hopefulness in many parts of the world as some semblance of normality began to emerge for the first time in months. That said, the headlines still tended to be dominated by international frictions, disease and unrest. Of course, there were plenty of good news stories that didn't get the attention they deserved, too. So, what were some of the best?

1. Cheetahs to be reintroduced to India

It's about 70 years since cheetahs were last found roaming Asia. Since then, the big cat has been only found in Africa. However, conservationists are turning the tide for the creature as six sites – including the Shergarh Wildlife Sanctuary in Rajasthan and the Gandhi Sagar Wildlife Sanctuary – have been identified as being suitable for them. According to the Indian Express, two teams of wildlife experts, one in South Africa and one in Namibia, will choose cheetahs for the project which, it's hoped, will help to ensure their long-term survival.

2. Birdsong will make you happier, according to science

It may sound obvious, but being in close proximity to birds – particularly hearing them sing – has been shown to induce states of happiness in people. As reported by Yahoo! Life, the German Centre for Integrative Biodiversity Researchers set out to determine whether it was really true that birds make people feel happier. They discovered that all types of birdlife are able to increase the life satisfaction of people. In fact, they even put a value on it – the researchers say it raises joy levels so much that it's the equivalent of being given around £100 per week! 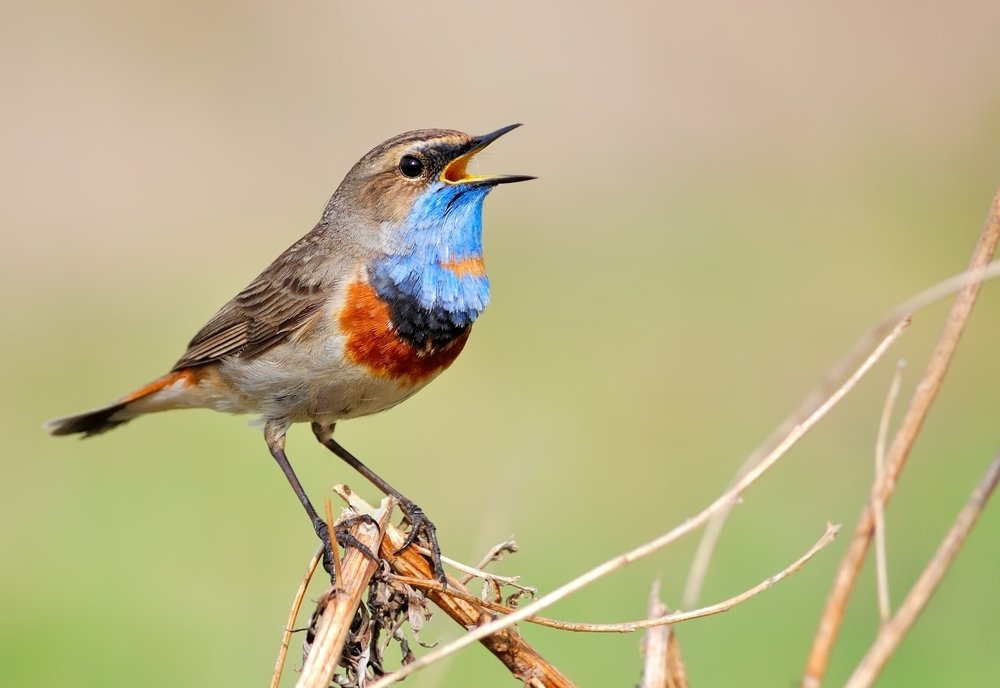 Scientists in the USA have been working on the cannabis extract known as CBD. During their experiments on mice, they found that exposure to the naturally produced substance had a beneficial effect on cognition. They now suggest that a two-week course of CBD among humans could help to improve the brain function of people who have an inherited form of Alzheimer's disease. According to the research, which was carried out at the Medical College of Georgia at Augusta University, CBD promotes the growth of proteins that help to consume dead brain cells.


RELATED: How to talk to a parent with dementia

4. Damaged motor neurons can be treated with new compound

Another medical breakthrough was reported in various media outlets in March. This one focussed on amyotrophic lateral sclerosis, otherwise known as ALS. The condition often leads to a loss of control in movement as the degenerative disorder worsens over time. However, scientists now think that a new compound, known as NU-9, can repair damaged motor neurons in the brain. It could offer patients the chance of a treatment pathway in the future.

5. Coral reefs around Fiji make a better than expected comeback

When many of the beautiful coral reefs around the island nation of Fiji were destroyed following a powerful cyclone, some people thought they might take decades to recover. However, according to a report in the Guardian, marine scientists have found that the reefs are once more looking vibrant and teeming with life. 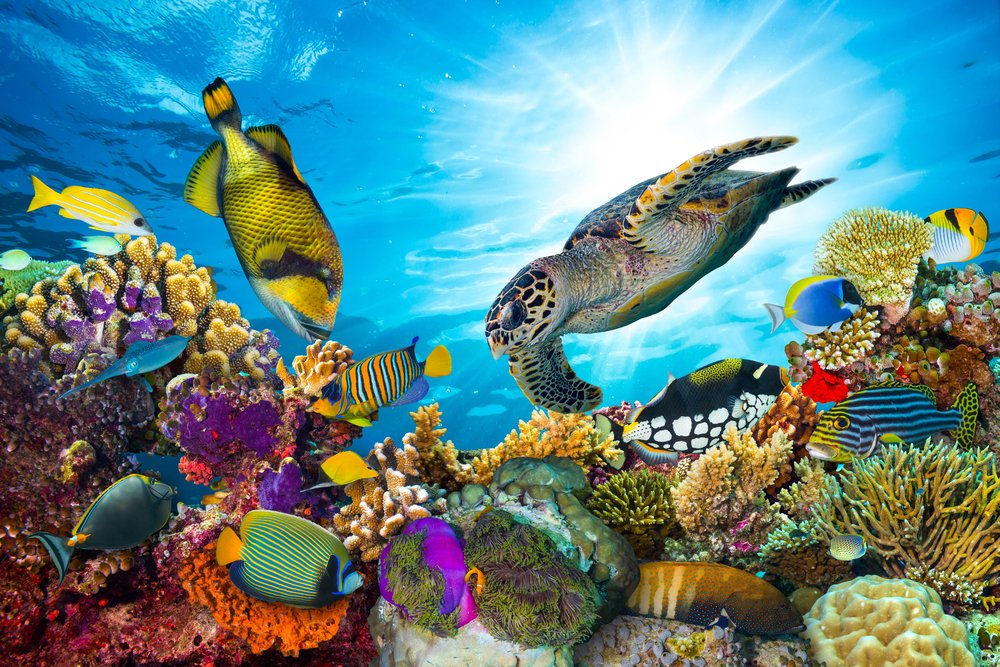 A tropical cyclone named Winston struck in 2016 leaving many Fijian corals looking like rubble. The Wildlife Conservation Society has been monitoring the situation since then and said that it has been truly surprised at how the reefs had recovered. Part of the success has been down to the way in which the society has created no-fishing areas to help preserve the reefs, something it did in tandem with local communities.

6. Chimpanzees use Zoom to stay social

During the pandemic, many people have learned to turn to technology to keep their social lives going. However, it' not just humans who are making increased use of video conference calling. In the Czech Republic, zookeepers have been setting up Zoom calls between chimpanzees in different locations. A report in USA Today stated that a safari park in the northern town of Dvur Kralove had started using the technology to enrich the lives of its six chimps by allowing them to see other primates in a zoo located miles away.

7. Mindfulness found to be useful for dealing with pandemic anxiety

There can be little doubt that the last 12 months or so have been a more worrying time than usual. Indeed, vast swathes of the world's population have suffered from fear and anxiety relating to the pandemic. However, a recently published paper suggests that these worries can be alleviated by practising mindfulness.

Of course, mindfulness techniques are already well-known for the beneficial mental states that they help to bring about. This study, published in the academic journal Global Advances in Health and Medicine, is the first to suggest it also works for pandemic-induced fears. Over 200 volunteers took part in the clinical trial.

8. Rare toad bred for the first time in Manchester

Scientists at the Manchester Museum announced they had been able to successfully breed the endangered harlequin toad in a global first. Native to Central America, the toad is so-called for its bright yellow and black markings. After six of the creatures were brought to the UK in 2018, no breeding has occurred. 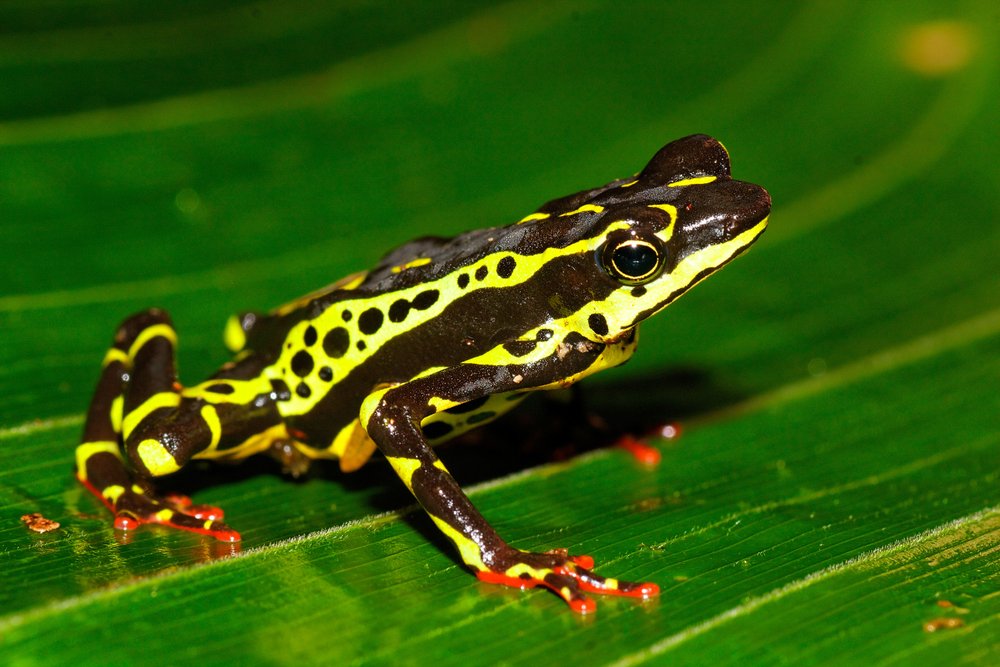 However, by replicating the humidity, lighting and water flow of their natural environment, the team was able to see tadpoles successfully developing for the first time. The breeding programme was a culmination of three years of sustained work, according to a report in the Guardian.

9. 3D printing to be used for a school in a global first

A site in southern Madagascar has been set aside for a new school. Incredibly, the difference with this project is that a non-profit NGO will be building it using only 3D printed construction materials.

In an effort to show how sustainable such buildings can be, Thinking Huts will deliver the design of the school faster and more sustainably than would otherwise be possible. The NGO stated that the method would mean schools of this type could be built in less than a week – including the foundations, electrical works and plumbing. It's hoped that this process will become the norm in parts of the world where more educational establishments are needed.

10. Electronic waste is beginning to decline

For decades, people have been producing more and more electronic waste. All sorts of appliances are scrapped and head to landfill sites rather than being recycled each year. However, according to Recycling Today, the tide may be turning. This is because a research team from Yale and the Rochester Institute of Technology have discovered that the amount of electronic waste that is currently being produced is in decline for the first time.

Of course, humans are still making such waste but now at a slower rate thanks to increased product longevity and improved recycling opportunities. •
Main image: shutterstock/Romolo Tavani