There were plenty of feel-good health and environmental stories in the press in March but they may have flown under your radar. Ed Gould rounds up his Top 10 from the past month to uplift and inspire.

Despite some of the problems the global population faces, there were some truly delightful news items in March that didn't necessarily get the attention they deserved. Read on to discover our top ten picks of the most positive news stories from the last month.

A study reported by the Times of India has discovered that coffee drinkers may have a good reason to enjoy their favourite beverage, as drinking it provides more than a mere pick-me-up. In fact, Australian research conducted at the Alfred Hospital and Baker Heart Institute in Melbourne found that coffee appears to combat the signs of heart disease. Equally, the research found no detrimental effects of coffee consumption on heart health. However, that doesn't mean you should drink gallons of the black stuff a day: two or three daily cups of coffee seems to have provided the best outcomes among those who took part in the research. 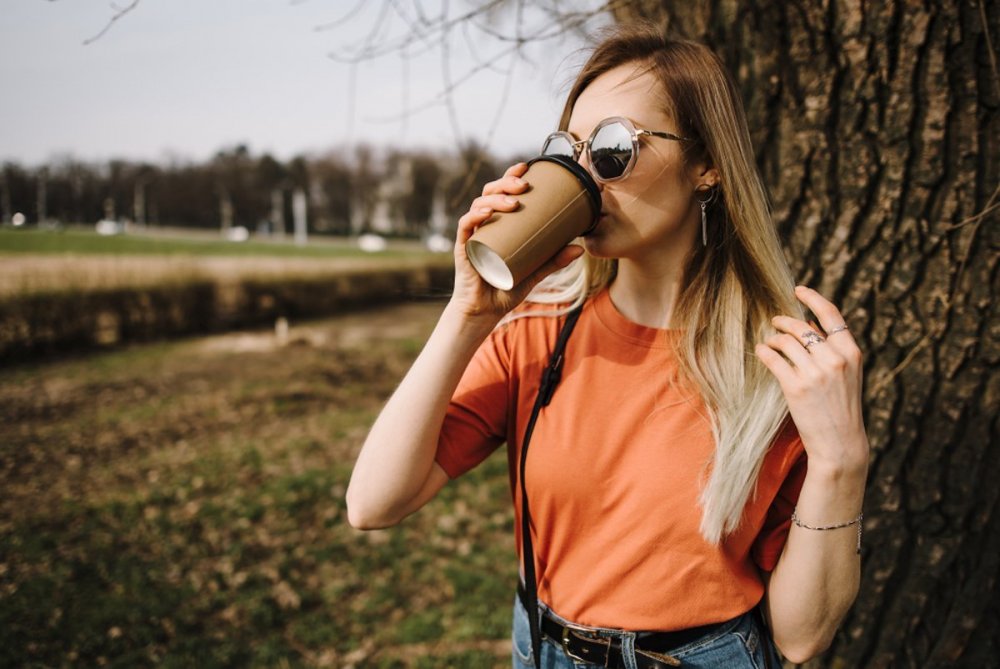 There can be little doubt that wind turbine technology is good for creating sustainable energy. But, conversely, the materials used in the turbines come with a significant carbon cost. However, a new design that Denmark's LM Wind Power has come up with makes use of fully recyclable materials. A prototype model has proven itself to be successful that the entire project is soon to be upscaled, according to a report in Offshore Wind. The idea is that the blades will create no waste when they've completed their life cycles and can be easily replaced.

In other energy news, a report in the Guardian stated that Australian researchers have been able to stabilise hydrogen as a fuel source, opening up the enticing possibility that it could eventually replace fossil fuels. Hydrogen is abundant but the efficiency of electrolysers is the key to being able to use it as fuel. However, a private company has been using technology developed at the University of Wollongong to try to overcome this issue. And its prototypes suggest a 95 per cent efficiency. This means that the energy needed to create usable hydrogen fuel is much less than it once was, making the fuel source more attractive for a variety of uses.

A €6 million plant in Istanbul is making biofuel that uses less carbon consumption to make than ever before. According to Euro News, the plant has been jointly funded by the Turkish government and the EU. The biofuel production facility is located inside the campus of Bogazici University because of its location, close to the Black Sea, where algae grows naturally in abundance. The idea of the algae-made fuel is to use it in aviation. By blending it with conventional aircraft fuel, it is possible to reduce the carbon footprint of every aeroplane that uses it. A test flight with a Turkish Airlines jet is expected later in the year.

5. Park life is better for your health

People who live in urban environments can do something about the health problems associated with stroke. A report in The New Daily stated that people who live close to a green open space are likely to be 16 per cent less likely to suffer from stroke. It's thought that the presence of parkland within 300 metres or so of your home will reduce your exposure to airborne pollutants, something that can lead to a raft of health conditions, including stroke. The study was carried out in the Spanish city of Barcelona and its surrounding areas. 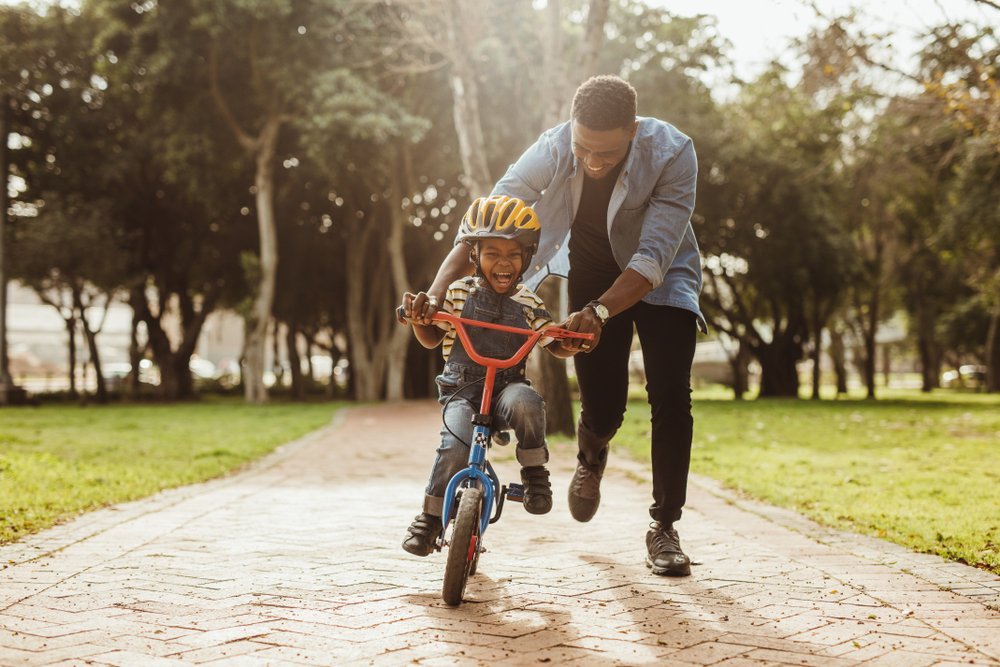 6. PET plastics can be broken down thanks to enzyme discovery

Numerous press outlets reported in March that scientists had discovered a new type of enzyme that was able to reduce PET plastics to a single molecule. Although enzymes have been used to help plastic biodegrade before, PETs are among the toughest and most common plastics to deal with. This is why the University of Portsmouth's discovery is so important. According to Professor John McGeehan, the research went a stage further than before to deconstruct the building blocks of PETs with bacteria in sustainable chemicals. An added bonus of the findings is that valuable products could be made out of future PET plastic waste.

7. Dolphins whistle to each other for social reasons

An announcement by the University of Bristol stated that researchers there have found that male dolphins use long-distance whistles to each other to maintain social contact. The research made clear that bottlenose dolphins are able to maintain their social activities for a more integrated community than had previously been thought, since many mammals do so by touch and little else. The bonding function of this species may indicate that other creatures use audible language to communicate in a more human-like way than was previously thought. 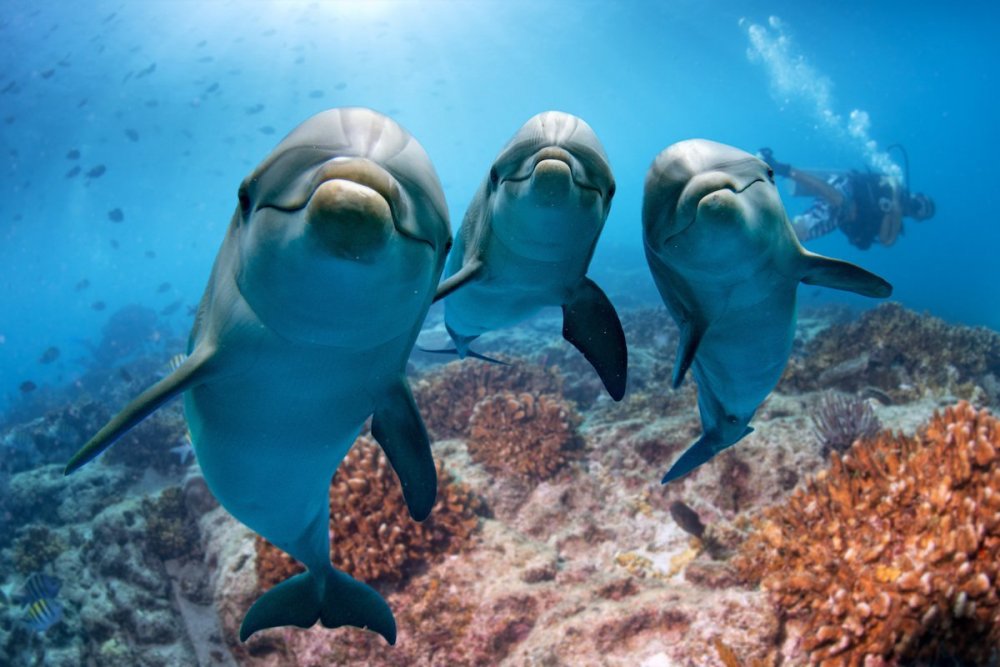 Dolphins can whistle at each other Andrea Izzotti

An academic study published in March focused on the role of mindfulness-based stress reduction techniques among people who had been exposed to severe gun-related trauma. Work at the San Diego School of Medicine – part of the University of California – found that trauma-related conditions, such as depression, sleep problems and grief, were less severe among people who took part in MBSR programmes. Participants in the research, some of whom had been exposed to high-profile firearms incidents and who had even lost loved ones in them, reported an average 37 per cent reduction in their overall feelings of trauma.

9. Cancer drug treatments given a boost thanks to bacterial discovery

According to a report in Nature World News, American scientists have started to successfully use a bacterium that masks cancer drugs, thereby making them more effective when dealing with tumours. The idea has been likened to an invisibility cloak whereby the usual response to the introduction of such treatments is stealthier. The idea is to 'fool' the body's normal autoimmune response so that the drugs can do their work without being fought off. In turn, this should mean cancer patients feel less poorly when they are receiving treatments as their autoimmune systems are less activated.

10. Biodiversity in Scotland is increasing

According to a report in the Scotsman, the indications of a shift towards greater biodiversity are looking positive thanks to a study into butterflies. The number of these beautiful creatures in the country has soared recently, according to an annual review by the UK Butterfly Monitoring Scheme. It found that 12 of the 24 species of the butterflies found in Scotland had increasing numbers. That's an indication of the sort of things butterflies feed on are present in ever greater numbers, too, hence the overall rosy picture for Scottish biodiversity the report suggests. According to the research, the wall butterfly has seen the greatest growth in numbers, almost doubling the known population compared to the previous study. •