How to avoid the social media outrage trap

Here are six ways to keep your head when the internet loses it. By Zaid Jilani on behalf of Greater Good Science Center.

The short video went viral on social media, as so many do. It appeared to show teens participating in an anti-abortion march confronting and mocking an older Native American man, provoking outrage by millions across social media.


The clip made it to cable news. Celebrities joined in the fracas. Their school, Kentucky-based Covington Catholic, eventually responded, saying that it will take “appropriate action, up to and including expulsion.”


But the initial narrative about the video collapsed when the full two-hour video of the incident became available. It’s not that the longer video exonerates the teenagers for bad behavior, but it did become clear that they were surrounded by adults whose behavior was, if anything, worse. 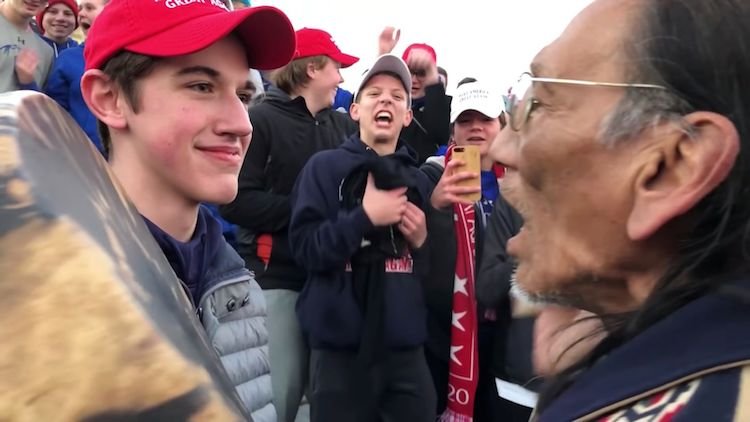 
Hostile interactions between protesters and counter-protesters are common at these sorts of events, and it’s possible that if everyone involved were to engage in productive dialogue in a different setting, they could make amends with each other. The Native American activist in the video, Nathan Phillips, himself later offered to participate in such a bridge-building dialogue with the students.


But that’s not the way social media outrage commonly plays out. Social media tribes tend to divide the world into good and evil, and seek to punish offenders, not promote understanding and change – a dynamic that is almost certainly aggravated by foreign-sponsored social media accounts that aim to play on America’s social divisions. There is even research showing that the volume of moralized tweets is linked to real-life acts of violence.


As neuroscientist Robert Sapolsky writes in his 2017 book Behave: The Biology of Humans at Our Best and Worst, “punishing norms violations is satisfying,” because punishing a perceived evildoer releases dopamine, a neurotransmitter that relates to how the brain processes pleasure.

Sapolsky cites a 2004 study to make the point. In that study, players are offered the opportunity to punish others who behave unfairly in an economic game. What the researchers found through the use of brain scans is that reward-related regions of the brain were consistently activated when players administered punishment, especially when players had to pay to punish. Punishing others feels so good, we’re even willing to sacrifice to do it.


The neurological rewards we get from punishing people is at least one of the reasons why humans have engaged in public shaming rituals. In pre-industrial England, this took the form of maiming, branding, whipping, and other forms of physical torture.

“Social media tribes tend to divide the world into good and evil, and seek to punish offenders, not promote understanding and change.” Zaid Jilani


Eventually, this form of public shaming was ruled inhumane. The U.S. Constitution includes a provision barring “cruel and unusual punishment,” partly in reaction to the frequent use of torture. But the rise of social media services have offered another avenue for public shaming, with the frequent goal of making the targets persona non grata – not engaging in any sort of physical torture, but making them less appealing to employers and potential friends.


“Social media might make it even more rewarding than it already is,” says William Brady, a postdoctoral fellow at Yale who studies the role of morality, emotion, and social identity online. “Because now it’s bringing on a social-feedback element. Where not only does it feel good for you to express outrage and punish, but now all your friends are saying, ‘Hey, we approve of this, we feel good.’”


Given this powerful human psychology, what can we do to de-escalate our own online outrage moments?


Here are six ways we can dial down our discussions and avoid snap judgments of people we only know through videos or words that are sometimes taken out of context.

Part of the reason the Covington teens provoked such a backlash online, especially among members of the political left, was the imagery of the situation in the brief online clip originally posted. The teenagers were smiling white boys wearing pro-Trump “Make America Great Again” hats facing off with a Native American protester. That’s an image tailor-made to provoke rage in today’s America. 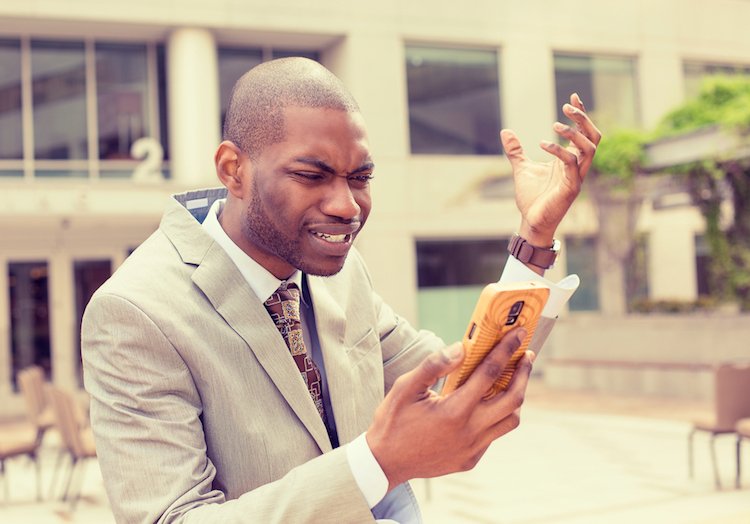 Many observers used a mental shortcut known as the “representatitiveness heuristic” – to make assumptions about the teenagers based off of stereotypes. One writer for The Atlantic instantly compared the incident to white mobs preventing African Americans from attending public schools in the 1950s, a comparison that became debatable once the full context of the incident was made available. It’s not that race wasn’t at play in the incident; but understanding the impact of the representativeness heuristic on how we see events will slow the rush to judgment.


All human beings are susceptible to stereotyping, and in some applications stereotypes can be useful – for instance, if you're trying to decide whether it’s a good idea to bring an umbrella during a spring trip to Seattle. But when we use limited information to fit people into stereotypes, we often make negative and ignorant assumptions.

2. Be aware of “pluralistic ignorance”


Pluralistic ignorance is a situation where members of a group may privately reject an idea, but they believe most of the other members of the group believe that idea, so they decide to accept it. Since our social media networks are likely to consist of people we tend to agree with, we feel compelled to be angry when we see all of them angry about something.


“When we’re online and we encounter some piece of political theater… we see people all outraged about it, and they’re using expletives and they’re using explosive metaphors, we’re thinking, ‘Wow, everybody is feeling this way about this,’” says Moskalensko. “Over time people shift their opinions to more closely resemble what they feel is the social norm.”

3. Walk in the shoes of your opponents

Some of the behavior of the teenagers may indeed have been immature and emotionally harmful. However, the longer video reveals a chaotic environment in which any one of us might have lost our cool or behaved in an immature fashion — especially if we were teenagers with a limited worldview.


Simply dropping our preconceived notions and imagining ourselves in their shoes can help lower the temperature of the online conversation.


You may doubt this approach can work, but it is research-tested. In 2005, researchers paired Palestinians with Israelis and asked each to share the difficulties of life in their society, and then take the perspective of the other side. This form of dialogue significantly improved the attitudes of both sides towards each other.


If this approach has shown promise between foes in a lethal conflict, it certainly may heal the divide between Trump-backing teenagers and those who oppose the president.

4. Don’t be afraid to admit you were wrong

After the larger context of the Covington Catholic teens incident was unveiled, some news outlets who had promoted the story tried to portray the entire high school they attended as unarguably racist to keep the narrative alive. Quite a few commentators doubled down on the original narrative, ignoring new information.


This isn’t surprising. Human beings are naturally averse to admitting they were wrong. But our first impressions are often understandably inaccurate, and we should have the humility to admit our errors, and to be generous towards others when they make errors, as well. 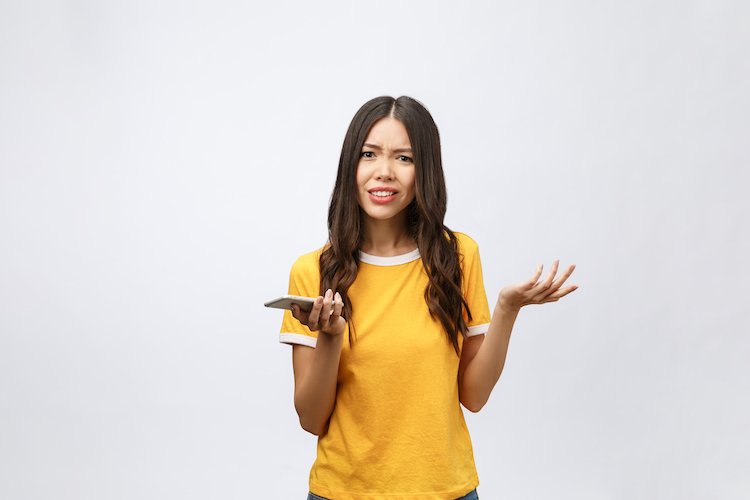 Tweet sweet: think before you bang out a reply on social channels


While it’s hard to admit a mistake to another person, writes the psychologist Rick Hanson, there are benefits: “It cuts to the heart of the matter, reduces a cause of their anxiety or anger, let you move on to other topics (including your own needs), takes the wind out of their sails if they’re lambasting you, and puts you in a stronger position to ask them to admit fault themselves.”


RELATED: The six steps to an effective apology


On social media, admitting fault has another benefit: It will encourage an ethic of reflection and apology that will almost certainly make your network a more pleasant place to be.

5. Practice mindfulness to approach politics with less anxiety and anger

Part of the reason online outrage takes a hold of people is because they are having a hard time controlling their personal anxiety.


But research has shown that even a brief period of meditation may make you more generous and less angry towards others. In one 2013 study, participants who took part in a short meditation showed reduced prejudice towards the homeless; a study released the following year found similar benefits in terms of reducing prejudice towards African Americans and the elderly.

In some ways, however, mindfulness has a much simpler social media lesson for us: Take a breath before hitting return on that tweet or status update. In that pause, you might ask yourself: What’s happening in my body? What are my intentions? Are these words consistent with my intentions? How do I want my friends and family to feel? What kind of person do I want to be?

Should Phillips and the teenagers have the meeting he has proposed, they could start their conversation by talking not about Donald Trump or Native American political issues, but about themselves.

“Take a breath before hitting return on that tweet or status update. In that pause, you might ask yourself: What kind of person do I want to be?” Zaid Jilani


Research shows that people are more sympathetic towards an identifiable person than towards a group. If Phillips and the teenagers can learn to humanize and respect each other as individuals, they may be able to have a more nuanced and empathic discussion about Native American rights and why some vote for the Republican Party, without taunting or insults.


Punishment might feel good in the moment — but restorative solutions to social conflict are what will create a country that all of us can live in. ●
Main image: shutterstock/Olena Yakobchuk

Sonia Vadlamani explains why what other people think of you is really none of your business, and how imbibing this revolutionary truth can change