Research on mindfulness apps is limited, but here's what we know so far. By Kira M. Newman on behalf of the Greater Good Science Center.

Want to feel more Calm, get some Headspace, and practice Mindfulness Daily? There are apps for that — hundreds of them, besides the three I just mentioned.


These apps make a promise: rather than investing countless hours and dollars in mindfulness classes or mindfulness-based therapy, we can choose to meditate from the comfort of our smartphones. Users are flocking to mindfulness apps in hopes of cultivating kind attention to their own thoughts and feelings, and of reaping the mental and physical benefits that go along with mindfulness.


But do they work? What does science say about mindfulness apps?


Research began in earnest only about four years ago, and studies are indeed pointing to potential benefits for our stress, emotions, and relationships. The findings may not be as conclusive as app marketers would have you believe — but they do suggest you should at least consider trying one.

Much of the research so far involves the popular mindfulness app Headspace, which has attracted 20 million users across 190 countries since its launch in 2012. The app’s meditations are voiced by Headspace founder and former Buddhist monk Andy Puddicombe, starting with simple breathing and body scan practices.

“Users are flocking to mindfulness apps in hopes of cultivating kind attention to their own thoughts and feelings.”


In one 2018 study, researchers tested Headspace with 70 adults. All the participants started by answering surveys about their positive and negative feelings, their stress, and their irritability in the past week. Then, over the course of a month, half the group completed ten introductory sessions on Headspace, while the other half listened to excerpts from Puddicombe’s audiobook about mindfulness and meditation without any guided practice.


Afterward, the meditation group was faring much better. According to a second round of surveys, they felt (on balance) more positive emotions and less burdened by external demands, responsibilities, and pressure than the audiobook listeners. These changes happened after just 100 minutes of practice.


“This is great news for people that are curious about mindfulness but are worried about having to invest hours and hours of time before seeing any benefits,” says lead author Marcos Economides, who (along with his coauthors) was employed by Headspace at the time of the study. “Such early benefits could provide motivation for casual users to develop a more long-term mindfulness practice.” 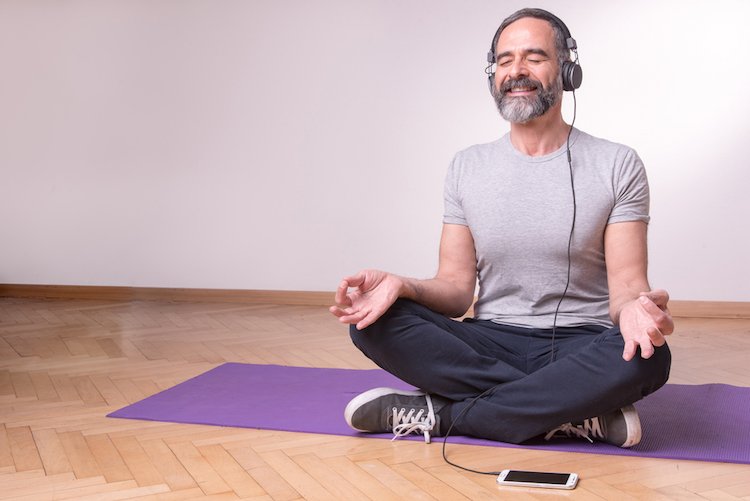 Stress is also biological, leaving an imprint on our bodies that can lead to health problems later in life. Could mindfulness apps affect stress at this level, too, not just in our minds?

In another recent study, researchers tested this question while also trying to figure out which aspects of mindfulness education are most crucial. They recruited 153 adults to practice for 20 minutes a day, splitting them up into three groups. One group practiced the mindfulness skill of monitoring, which involves detecting and distinguishing between different sensations in your body.


A second group learned monitoring and acceptance, the ability to stay relaxed, welcome thoughts and feelings in your mind, and gently acknowledge them. A third group learned coping skills, like seeing the positive in negative situations and analyzing personal problems.


These newfound skills were put to the test at the end of two weeks. In an infamous laboratory experiment, participants had to give a five-minute speech and do math out loud while trained observers gave critical feedback, pointed out errors, and generally exuded coldness and judgment. All the while, the participants wore a cuff to monitor their escalating blood pressure and gave periodic saliva samples that would be analyzed for cortisol, a hormone released in response to stress.

“Stress is also biological, leaving an imprint on our bodies that can lead to health problems. Could mindfulness apps affect stress at this level, too, not just in our minds?”


Contrary to the first study, participants in the three groups didn’t perceive their stress to be different — after giving a speech or doing tricky subtraction, they all felt similarly anxious and insecure. But their bodies told another story: Here, only the group that had learned monitoring and acceptance had lower systolic blood pressure during the task and lower cortisol afterward.


“This study was the first to show that a brief two-week mindfulness training app can change a person’s biological response to stress,” says lead author Emily K. Lindsay, a postdoctoral fellow at the University of Pittsburgh.


When we learn acceptance, she and her colleagues explain, we may be better able to acknowledge but disengage from difficult experiences — like cringe-worthy judgment from others. This study suggests that the benefits of mindfulness aren’t just from improved attention, but from the gentle, nurturing attitude we cultivate toward ourselves.

Mindfulness apps under the microscope

Less stress isn’t the only outcome we can hope to achieve through our digital contemplative practice.


In 2017 researchers conducted one of the only studies that compared a mindfulness app with a traditional, in-person mindfulness class. Here, nurses in residency listened to Headspace meditations or attended a class once a week for four weeks. Ultimately, the app users improved their mindfulness skills — in particular, their ability to act with awareness and not overreact to their thoughts and feelings. They also felt less fatigue and burnout in their caregiving role, compared to class attendees.


Several studies have compared participants who used Headspace to those who used another beneficial app, like the brain-training app Lumosity, the organizational app Catch Notes, or a web app with logic problems. After training for 10-20 minutes a day for 10-30 days, Headspace users reduced their mind-wandering, boosted their positive emotions, reduced their symptoms of depression, and became kinder and less aggressive compared to other app users. In one study, though, Headspace didn’t seem to improve people’s satisfaction with life, flourishing in life, or negative feelings.


“There is still a lot we don’t understand about how mindfulness works, and how much mindfulness practice is needed for certain benefits to emerge,” Economides says. 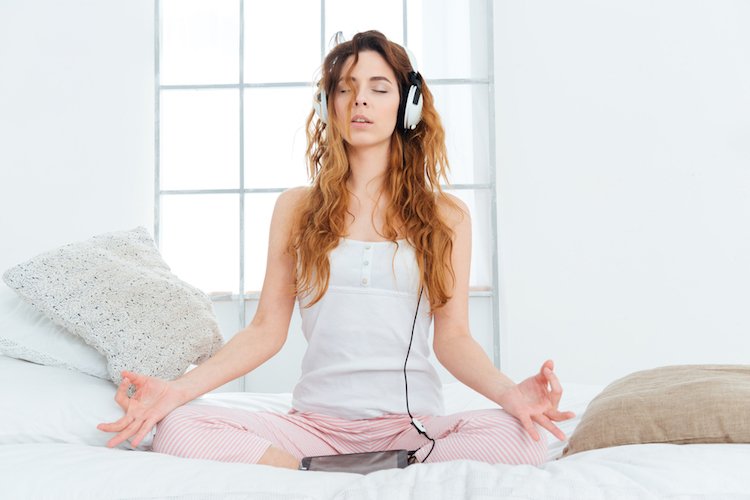 Another question for future research is how long any benefits last. One of the few studies with a follow-up did have promising results: Compared to participants on a waiting list, people who used the VGZ Mindfulness Coach app for eight weeks — which features a variety of breathing, body scan, visualization, and mantra meditations — became more mindful, showed fewer symptoms of psychiatric disorders, and boosted their quality of life up to four months later.


Meditation apps aren’t just a boon for consumers hoping to learn how to be more present at an affordable price. If effective, they also have implications for workplaces, schools, and even nations, who want to cultivate happier and healthier communities. This is where research on which apps are beneficial, and why, is particularly important.


“It's vital that we understand the potential benefits of engaging with such apps, and how these compare to programs that are taught in-person, if we are to have the greatest impact on people’s well-being,” says Economides. ●

Do you use mindfulness apps? Which ones? Let the happiness.com community know what you think of them...

Why friendship goals matter and how to achieve them