Before discovering sexual submission, Kayla Lords could not find joy in her sexual life, and remained unhappy for many years. But then, after experimenting with something new, it all clicked into place.

By virtue of when I was born (1979, if you’re curious), I'm part of a generation of women raised with specific ideas about what it means to be a woman. One of them made me believe I was broken for many years: You don’t need a man for anything.


This notion was practically preached at me, not unlike a sermon in church. For years the many women in my family kept telling me: “You can do what you want. You can be anything. Don’t settle. Don’t get married unless that’s what you want. And if you do, remember, you don’t need him.” In fact, I still agree with that entire lesson – most of it.

Before submission, I tried to take care of whoever was in my life that I loved: boyfriends, then my husband, and after him, the men I had sex with. If they needed something: care, an ear, or even a sandwich – I was happy to provide it. It was how I showed my affection. I understood that much about myself at the time.

A string of bad luck

I had the bad luck to attract and fuck men who didn’t show affection in the same way. They took – but rarely, if ever – gave anything back. Not a phone call, not a hug, and certainly not orgasms – although one man did try. If he’d stuck around longer, he may have been surprised to see how far I (pardon the expression) came.


I was incapable of two things in the Before Submission period of my life: articulating what I wanted sexually and allowing anyone to have control over any portion of my life. While I was a fiercely independent woman – just as I’d been raised to be – it was because I was as unsatisfied and unhappy with my life.

The only time a man wanted to discuss sex with me was when we were already naked. My mouth would open to say: “I like it when you spank me” or “It’s OK to be a little rough” but no words would come out. Over the years I tried “taking charge” in bed multiple times. It’s what all the magazines said to do – and after a few seconds, I was lost and clueless. Since the men in my life had also been taught to let women take charge, they were of no help.

“I was incapable of two things in the Before Submission period of my life: articulating what I wanted sexually and allowing anyone to have control over any portion of my life.”


Even as I was grabbing life, and the men I fucked, by the balls, I found myself alone at night, crying. And feeling sorry for myself, then becoming angry at myself. Why? Because deep down, in a private place I couldn’t admit I even had, I desperately wanted someone to take care of me. I wanted someone to tell me to go to bed, to tuck me in at night, to check in on me, to feel as responsible for me as I did for them.


I didn’t have a name for what I wanted, and I was deeply ashamed of it. Was I broken? Defective? This isn’t what I’d ever been taught a woman was supposed to want.

Every big change in our lives has a catalyst. A central action or moment in time that propels us forward. Even if we don’t know it’s happening. For me, that moment was when the best lover I'd had so far dumped me because I couldn’t orgasm. He was turned off by my inability to let go of control over my own body so that I could experience sexual pleasure.


RELATED: The link between sex and happiness


I realized later that if we were as “meant to be” as I thought at the time, he would have helped me with this problem. But he was another in a long list that didn’t mind letting me take care of him but wasn’t interested in reciprocating. My lack of orgasms was a problem that needed fixing.

“Every big change in our lives has a catalyst. A central action or moment in time that propels us forward. Even if we don’t know it’s happening.”


The final puzzle piece of who I am as a person clicked into place. Sure, I was still the same person I’d always been. Anyone looking at me would never see the difference. But I knew that a hole I never knew existed had just been filled with my sexual submission.

I want a Dominant man to serve and submit to. But I also want a partner who finds pleasure in taking care of me. To help me grow. To make me do the things I easily neglect, as I take care of the people I love. And no, I don’t need just any man, nor do I want one. 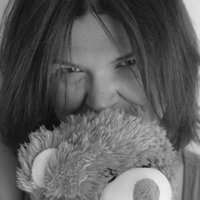 10 ways to make your time matter

Accepting our mortality helps us let go of busyness and focus on what’s most important to us in order to live a happier, more meaningful life. By