The rise of ethical non-monogamy: what does it mean?

Open relationships, swinging, polyamory – these are just three forms of so-called ethical non-monogamy (ENM). So, could you ever imagine opening up your relationship in such a way?
Dee Marques explores ENM and offers some some steps on how to get started with it.


Ethical non-monogamy is on the rise. A study done in the United States suggests that more than 20 per cent of Americans have been involved in a non-monogamous relationship. The figures are similar for Canada, and recent data from the UK show that multi-partner relationships are also increasing in Britain, with about one fifth identifying as 'polyamorous', one of the forms ethical non-monogamy can take.

So what’s behind this increase in non-monogamous relationships? We will look into this later in this article, but for now, it’s important to understand that personal relationships are shaped in the context of social needs and cultural norms. If those change (and society is always changing) it shouldn’t be surprising that new forms of relating to each other emerge, even at intimate or sexual level.

What is the meaning of ethical non-monogamy?

For example, the term can include relationships where one partner is involved with others, or where both partners are. In ENM, the involvement can be sexual, emotional, romantic, or a mix of all three. And lastly, different couples have different limits to the specific behaviours that make up ethical non-monogamy.

As it's only really being talked about widely now, some of us may think that ENM is a relatively new idea, perhaps starting back in the 1960s with the hippy movement. But, in fact, there are records of non-monogamous relationships going back to Ancient Greece, Mesopotamia and Egypt. Even today, you may be surprised to know that non-monogamous relationships are accepted in over 80 per cent of the world’s societies.

So, monogamy is definitely not necessarily the rule when it comes to relationships. However, for many cultures it’s been labelled as the norm.

“Ethical non-monogamy (ENM) is an umbrella term used to describe relationships that aren’t 100 per cent exclusive. ENM can take on many forms.”

While I'm explaining what ethical non-monogamy is, I should also explain what it’s not. Ethical non-monogamy isn’t cheating, mainly because both parties consciously agree to it. This means that nobody feels deceived or betrayed, because the decision to be non-exclusive stems from a mutual agreement – hence the word 'ethical'.

As we all know from previous experience (!), relationships can be complex. So the reasons why people choose to practise ENM are just as varied and personal. However, some of the most common include:

What are the types of ENM relationships?

As mentioned earlier, ethical non-monogamy can take many forms. Some of the more common ENM relationships include:

Polyamory
Here, the focus is on the actual relationships and on the commitment they generate. Polyamorous couples can have more than one relationship at the time, and be committed to all of them. 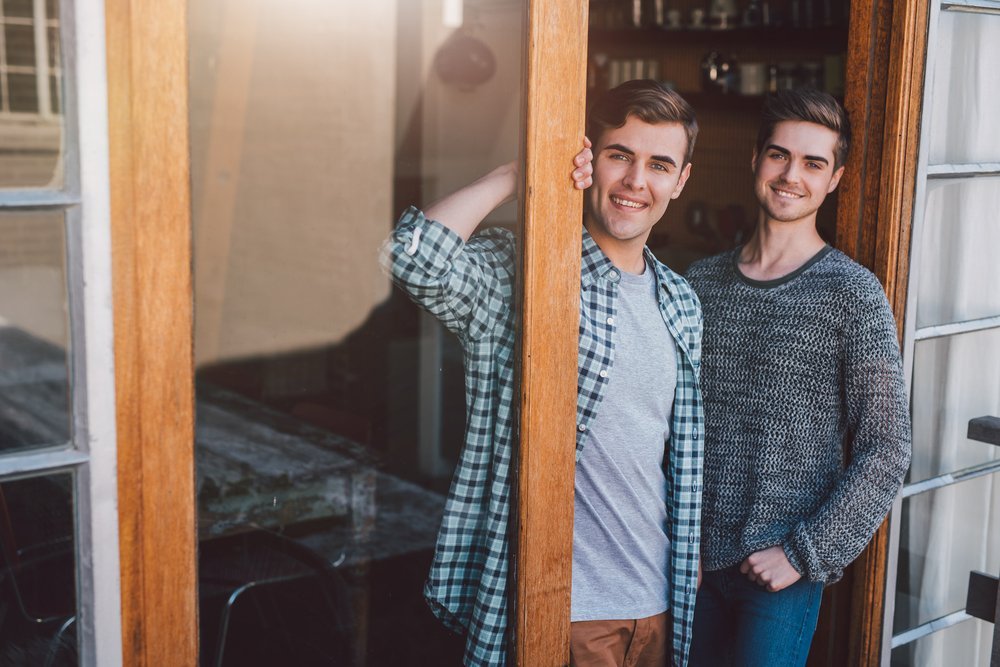 ENM: could you open your relationship to others? shutterstock/mavo

Swinging
Swingers participate in partner exchanges between one or more couples. The type of attachments created are limited to sexual relationships.

Monogamish
Monogamish couples are mostly monogamous, but occasionally may go through periods of ethical non-monogamy.

Do any of the above options click with the you? Practising ethical non-monogamy can sound daunting, but as with everything else, you can take things one step at the time. Here’s a guide on how to get started:

1. Make sure you fully understand the concept

To avoid misunderstandings, get familiar with the key principles of ENM. Importantly, this practice is always consensual – otherwise it’s cheating! It’s also surrounded by honesty and requires being considerate of your other partners' needs. Indeed, partners should go into ENM without manipulation, blackmail, coercion or feeling guilt tripped into doing or accepting something that they don't agree with.

It can be helpful to reach out to online or in-person communities or forums where you can get first-hand information about what ENM means in real life for couples that already practise it.

2. An exercise of self-reflection

Self-reflection is essential whenever we want to do something that challenges the way we’ve always done things. Think about why you’re considering non-monogamous relationships. What are your motivations, fears and expectations? Are you trying it because nothing else works in your relationship or as a last-resort, or is there a deeper reason? Also, do you have the practical and emotional resources to try ENM?

“While the meaning of ENM may be shocking to some, for other people, it’s the concept of monogamy what’s hard to understand!”

Bringing ethical non-monogamy into your relationship will cause disruption, so it’s useful to reflect on how you’ve dealt with disruption in the past and what that could mean for the future of your relationship. Is ENM more likely to improve or worsen things?

3. Open up to your partner

Be willing to spend as much time as necessary discussing what taking this step means for your relationship. This is not something anyone should rush into. Being open also means being transparent about your intentions, feelings and deep motivations, and ensuring no questions are left unanswered. While you’re at it, you may need to spell out what your long-term relationship goals or expectations are and see if they’re aligned with your partner's.

4. Come to an agreement

Be specific about what you expect or what you need from a non-monogamous relationship. You may need some time to articulate your needs together as a couple, and to ensure you can both fully honour them. When trying to reach an agreement of this type, make sure to ask for time to think if you need it, or to give your partner space to do the same. 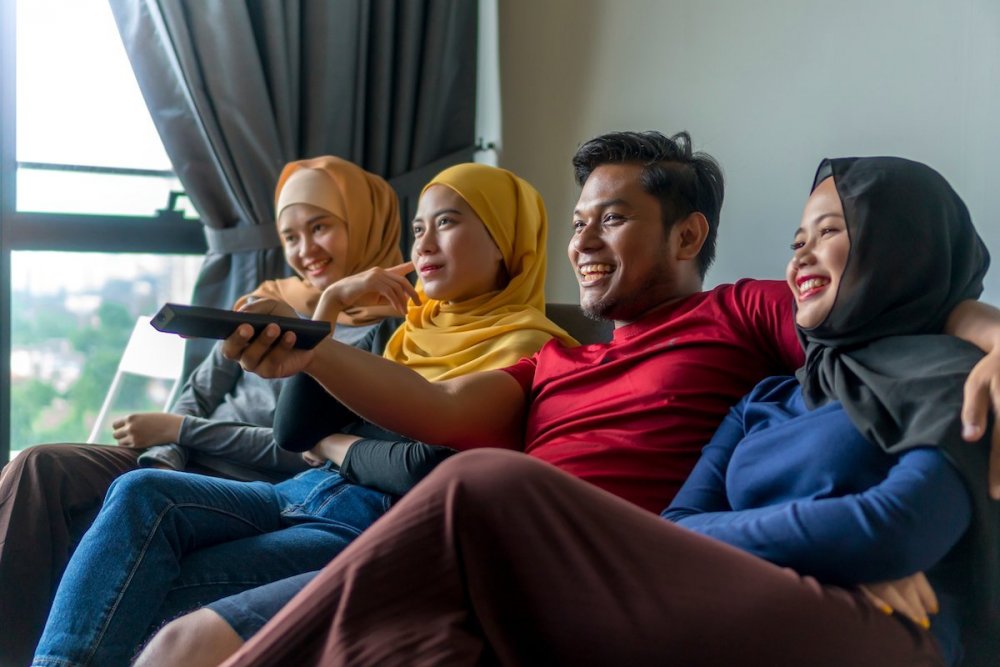 The agreement you come to should clearly define the boundaries to a non-monogamous relationship. What specific behaviours are you willing to accept? Are there any that will be a definite no-no? How much do you need to know about your partner’s involvement with others? Do any of you get to veto power? It’s important to discuss these issues and not to assume your partner will be OK with everything.

ENM isn’t a wild card to go blindly into multiple sexual relationships without acknowledging the health risks. Going for regular sexual check ups doesn’t just give you peace of mind, it’s also a sign of respect for your partner/s.

You will need to keep the discussion open even after deciding to try ethical non-monogamy. This is a process you and your partner will experience together, so you’ll need good communication skills to discuss the feelings it’s triggering as you go along, without taking things for granted. Cultivating mindful listening skills is also part of communication and can come in handy here.

Trying something isn’t the same as committing to it, and this may be an important thing to agree on early on. Maybe you will give ENM a try and then realise it’s not for you. You should never feel forced or pressured to go ahead with it if it doesn’t feel right.

Takeaway: the meaning of ENM

Our needs as individuals and as partners in a relationship may change over time. If you’re at a stage where non-monogamy makes sense, take things one step at the time following the pointers outlined above. Exploring relationships outside the monogamous template can be rewarding if you’re committed to respecting your partner/s, their needs and boundaries, and to keeping communication open. •
Main image: shutterstock/Faiz Zaki

What is relationship anarchy?

Does the freedom to disregard the conventional relationship norms and craft relationships on one’s own terms result in increased happiness? Sonia

Compersion: what's the definition of this unusual emotion?

Do you think you could ever feel joyful and happy for a partner if they told you they'd actually had sex or flirted with someone else? Dee

Inner turmoil: understanding and resolving it

When we are stuck making a decision, inner turmoil or conflict often arises, leading to both mental and physical health

Happiness.com » Magazine » RELATIONSHIPS » The rise of ethical non-monogamy: what does it mean?