What you need to know about mindfulness

In short, mindfulness is the ability to pay proper attention to the here and now. Psychologists usually describe it as living in the present moment, with less emotional energy being expended on things that have passed or which may – or may not – occur in the future. Various techniques are used by people to achieve a greater level of present-moment living. In most cases, modern methods for achieving mindfulness are based on Buddhist concepts, such as sati. In large numbers, people practise mindfulness by meditating and paying more attention to positive things in their lives to reduce stress. These mindfulness-based stress reduction (MBSR) techniques which have a proven scientific effect. 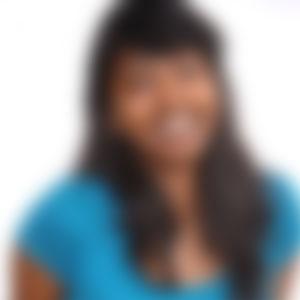 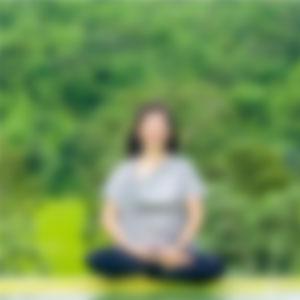 Where did mindfulness come from?

As mentioned, many of the ideas behind mindfulness come from Buddhist techniques which try to put people on the road towards greater enlightenment. In particular, Tibetan forms of Buddhism place a great emphasis on mindfulness. In the twentieth century, several western writers and thinkers began to popularise mindful methodologies. Herbert Benson and Richard J Davidson are just two examples. As psychologists in the 1970s began looking for methods to ease anxiety and stress, so more therapeutic programmes based on MBSR started to be developed.

Can mindfulness help with anxiety?

Yes, mindfulness is known to have a positive impact on anyone who is suffering from anxiety. Results vary from person to person when they take up things like MBSR programmes, but by far the majority of people who take part will see some benefit. Indeed, in some cases, the symptoms of anxiety and other mental conditions, such as depression, can all but go away completely. Even hard-to-treat conditions like psychosis are now treated by some clinicians using methods derived from mindfulness.

How does mindfulness change the brain?

One or two mindfulness sessions will have limited physiological impact on people's brains. However, a longer-term commitment to it will mean that the brain slowly starts to rewire itself. The so-called neuro-plasticity of the brain comes into play with any regular behaviour. With greater mindfulness, people's neural networks alter, which helps them to gain deeper insights into their own lives and outlooks. It also helps with a range of mental health conditions.

Where can you start with mindfulness?

Anyone who wants to be more mindful can help themselves with a series of simple measures. Taking time out, so you are not rushing so much and trying to empty your mind of thoughts are good first steps. Focussing on what you are grateful for and even making a list of your 'blessings' will also help. These days, law firms, schools and commercial organisations sometimes run mindfulness sessions to improve productivity and to reduce time off from stress. There are many support organisations you can turn to for further advice.

Discussions and topics about Mindfulness

Many people believe that mindfulness makes us happier. But how does mindful living improve our authenticity (sense of self), or our happiness? New

Members who are looking for Mindfulness

Meditation
Meditation refers to a variety of mental exercises which have their origin in ancient times and became increasingly popular in the western world over the last decades. While meditating, we practice different kinds of focus to achieve a more mentally clear and emotionally calm and stable state. Meditative practices were developed as part of the path towards enlightenment, self-realisation and the end of suffering. There are various types of meditation, such as focused attention, or mindfulness meditation, which is the most widely studied form of meditation in modern science. Metta or loving-kindness meditation is another example of focused attention. Other forms of meditation are the chanting of mantras or transcendental meditation.
Enlightenment
For some Western philosophers, notably Kant, enlightenment is a greater understanding of humanity derived from observations rather than superstitions. The Age of Enlightenment is often referred to as a flowering of scientific understanding in 17th and 18th-century Europe. That said, spiritual enlightenment has its roots in Buddhism and the teachings of established religions, especially, Hinduism, Jainism and Zoroastrianism. Although related concepts – because they both really mean a deeper knowledge – the Western and Eastern versions should not be conflated with one another. Spiritual enlightenment is known as bodhi by Buddhists and moksha in Hinduism. These words roughly translate as either awakening or liberation. As such, spiritually enlightened thought should be considered to be as something akin to a revelation - what Christians might call an epiphany by way of comparison.
Spirituality
In the past, any definition of spirituality would have been very tightly correlated with certain religious beliefs that focus on the godliness or spirit within people. In other words, spiritual people would have been seen as devout, pious and concentrated more on sacred or metaphysical matters than earthly ones. These days, however, a more extensive definition of spirituality is accepted, which includes broader traditions that lead to personal growth. Examples of this could be, the sort of inner journey that many people take from meditative practices and non-religious activities like transcendentalism and perennial philosophy.