People who spent more time in nature these past two years have been happier and less stressed. By Jill Suttie on behalf of Greater Good Science Center.

Living through the COVID-19 pandemic has had a severe impact on people’s mental health and well-being. Restricted movement, loss and isolation have led to increases in depression, anxiety disorders, stress, sleep disorders and more. The effects have been even harsher for teens.

How can we help protect our well-being during this particularly difficult time? Though a public health response is definitely called for, one way we might try to help ourselves this year is spending more time immersed in nature. In the last decade or so, research on the health benefits of nature experiences has exploded, confirming what many people know intuitively – that green spaces are good for mental well-being, whether you’re walking outdoors, looking at beautiful views, or even just seeing videos of nature.

This is definitely the case for me. Even before the pandemic hit, I’d realized that I was not spending as much time outdoors as I wanted to – even though I knew from personal experience and science that being in nature made me happier, kinder and more creative.

So, in January 2020, I began taking daily walks in the hills near my home, enjoying the awe-inspiring beauty while giving my mind a rest and my body a workout. Once lockdowns began, I continued my regular walks and found it helped me feel less stressed, in a better mood, and more productive.

Apparently, I’m not alone. According to new research, nature has helped many people with their mental health during the pandemic. Here are some of the ways nature experiences might benefit us during this fraught time.

Perhaps the most robust finding on the psychological benefits of nature is that being in green spaces reduces our stress. Experiments have shown that people who walk in a nature area – a forest or park, for example – feel less stress than those who walk in an urban setting, even when the exercise they’re getting is the same. In fact, some countries have introduced the concept of “forest bathing” to fight the effects of modern urban living.

During the pandemic, many people have had to restrict their movement, making it harder to get outside. But those who could get out definitely benefitted from it, while those who couldn’t still fared better from just having views of nature.

Another study conducted during Israel‘s lockdown found that spending time outside – or even just having a natural view from one’s window – reduced stress and increased happiness. This was true even if people had suffered economically because of the pandemic – another stressor on top of an already stressful situation.

A recent study suggests that one reason for this might be that being in a green space affects us physiologically, especially places rich in plant life that contain bodies of water or uneven terrain. People who were monitored while passing through green spaces were shown to sweat less, breathe better, and have greater heart rate variability (all signs of lower stress or better recovery from stress).

These studies and others point to the conclusion that nature experiences are good for managing stress.

Since the pandemic began, many of us are spending a lot more time online in Zoom meetings or Zoom classes. While it’s great to have the technology available for connecting with others and getting work done, it can be exhausting to stare at a screen for so long and try to stay focused.

That’s why it can help to give ourselves an attention break by getting outdoors. Recovery from information overload (online or otherwise), sometimes called attention restoration, is one of the main ways that being in a natural or green setting gives our minds a rest.

“Perhaps the most robust finding on the psychological benefits of nature is that being in green spaces reduces our stress.”

After taking that break, our brains may be sharper. For example, exposure to nature helps us perform better on tasks requiring attention and can even lead to greater creative problem-solving. Even a simulated nature experience helped people recover from overstimulation and do better at cognitive tests.

Why is nature restorative? No one knows for sure. But a recent neuroscience study compared the brain activity of people spending time in a wooded garden and a traffic island and found that being in the natural setting allowed their brains to synchronize alpha and theta brain waves (related to calm and daydreaming, respectively). This may explain why nature induces a kind of relaxed attention that provides people with a respite from overstimulation – something we could all use these days!

Nature may help us improve our psychological health during COVID for other reasons, too – by staving off depression, anxiety and physical complaints (like not getting enough sleep).

In a study in Spain and Portugal conducted between March and May 2020, people reported on how much access they had to green spaces like private yards, views of nature, and public parks, and on their stress levels, physical complaints, and psychological distress. After taking into account how much COVID lockdowns had affected people’s employment, income, and housing situation, researchers found that people accessing nature more had lower psychological distress and fewer physical complaints than those with less access.

Similarly, a study in Tokyo found that people who were locked down during the pandemic were less depressed, anxious, and lonely, and happier and more satisfied with their lives, if they spent time in green spaces (like parks) or had a view of greenery from their window. 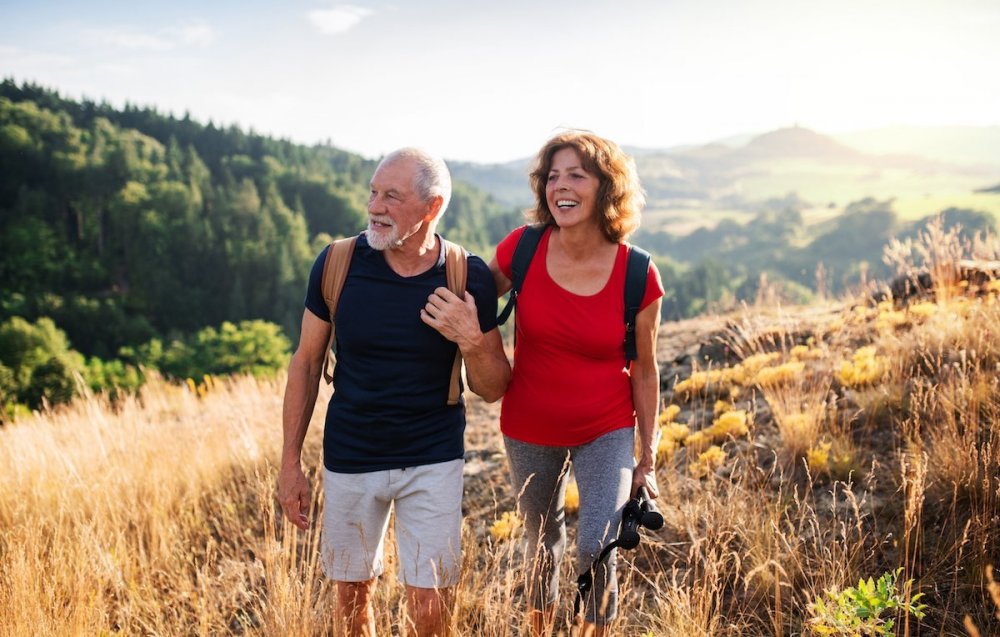 Nature makes us happier with our lives

The Greater Good Science Center has joined an editorial partnership with SSIR, The Wellbeing Project, India Development Review, and The Skoll Foundation to explore the important, but often overlooked, connection between inner well-being and effective social change. This article is part of that partnership.

This may be particularly relevant for groups most affected by COVID isolation – including adolescents. A recent study found that teens who spent more time outdoors during the pandemic fared better on many mental health indicators than those who spent less time outdoors – especially if they lived in an urban community.

One reason nature might improve our mental health is that it helps us let go of endless thought loops about what’s wrong with the world – what psychologists call “rumination,” which is tied to depression, anxiety, and poor sleep. A recent study found that participants who spent more time interacting with nature in some way – for example, walking outside, biking, gardening, playing games or sports, or hanging out in a park – ruminated less, and in turn experienced more positive feelings and fewer negative feelings.

That’s probably why a recent review of several experimental studies found that nature-based recreational activities – like walking in parks, hiking, rafting, or backpacking – have positive effects on our mental health, including making us less depressed and anxious.

Nature makes us happier and more satisfied with life

If nature experiences decrease stress, restore our depleted brains, and reduce rumination and other symptoms of psychological distress, they should also make us happier. Many past studies – including some of those mentioned above – have found this to be true.

In one large study, researchers used smartphones to collect data from more than 20,000 people in real time comparing how they felt at different points during their day and using GPS to determine where they were. The researchers found that, overall, people felt happier when they were outdoors in green or natural spaces compared to urban spaces, regardless of the weather, activity, or who was with them. Another study surveyed people living in Puget Sound, Washington, and found that they were more satisfied with life if they engaged with nature more.

“In a review of many studies, people more connected to nature tended to have more positive feelings, vitality and life satisfaction.”

This may be good news for people who’ve been hit particularly hard by the pandemic – including our essential workers.

In a recent study, a group of 71 health care workers and police in China were randomly assigned to watch short video clips of either natural scenes or urban scenes every day for five days, reporting their well-being over time. Those who watched the nature scenes felt more positive feelings and fewer negative feelings and greater well-being overall than those watching urban scenes.

In a review of many studies, researchers found that people more connected to nature (seeing themselves as part of nature and caring about the natural world) tended to have more positive feelings, vitality and life satisfaction compared to those who were less connected.

All of this and more suggests that we can be happier and healthier if we maintain our connection to nature somehow during the pandemic. Whether we garden, have a view of nature out our window, visit nearby parks, or even just watch a nature video, we can help ourselves deal with the stresses and strains of COVID isolation by giving ourselves and our kids a dose of “Vitamin N.” Take it from me, you’ll be glad you did.  •
Main image: shutterstock/Halfpoint