In the first of a three-part series into yoga types, Sienna Saint-Cyr explores yoga for compassion. The poses she practised helped her to release both sadness and stress, and to feel a whole lot happier.

Happiness, joy, bliss: these things aren't easy to find or maintain. I've worked for 15 years now at this and only recently realised that being present is the key. But there's still work to be done! Being present is only the first step of many, all of which include being present inside the body too. Not just mentally and emotionally in the moment, but physically as well. Yoga for compassion can help you achieve that.


Therapy, openness, and great friends indeed help me maintain joy with my mental and emotional states, but my body is more complicated. I’m still getting used to being present in it and learning to listen when my body needs something is hard. Since I know yoga works well for this, I wanted to explore specific yoga practices like trauma sensitive yoga, designed to bring joy, happiness, compassion, and gratitude.


This article marks the first of a three-part series involving yoga for finding happiness (and maintaining it). Rather than do each practice just once, I’m repeating them during different parts of the day and when I'm in varying moods.

The first practice I tried was called 'Compassion Yoga – Yoga With Adriene'. Some of her videos, including the one here below, are free to view on YouTube. This is a one-hour video surrounding yoga for compassion. Since the instructor has the practitioners set their intentions, I set mine for self-compassion.

Listening to my body is a struggle not only because I tend to push it, but also because when I’m stressed, I carry so much tension in my neck, shoulders and back. It’s distracting, and hard to maintain staying in my place of peace when I’m full of tension. The tightening of my muscles is a clear indication that I need to release something I'm holding onto. It might be an emotional, mental, or physical strain.


No matter the source, tension makes me grumpy and pulls me from being present and feeling joy. By listening to my body, this enabled me to focus on my areas of tension. Adriene also asked that we focus on compassion, the highest form of love. Then she asked that we say ‘yes’ to our practice. She wanted us to be present and aware of our movements.

Adriene suggested exploring and to move slowly. Not to rush. What I instantly noticed was that I began paying attention to the spaces between what I thought were the important poses. It was the movements from one position to another that I started to really connect with my body as opposed to just repeating what was on the screen. I found I moved differently than Adriene.

“Listening to my body during yoga for compassion enabled me to focus on my areas of tension.”


She also kept repeating that she wanted those practising with her to have an experience, not just ‘do yoga’. This changed the nature of what we were doing for me. It gave me the freedom to explore my body and not worry about doing the pose exactly how Adriene did. This was helpful as I have hypermobility and shouldn't do certain poses for health reasons.

As we moved through the practice, I discovered that poses that historically bothered me — like Downward Dog — weren't so bad. Some of that was me taking my time getting into the pose, and the rest was settling into it. I found so much tension in my back and shoulders released through my hands and feet as I allowed myself to stay in Downward Dog. The burn moving through me was pleasant, like a phoenix burning up all the unwanted energies of my day. 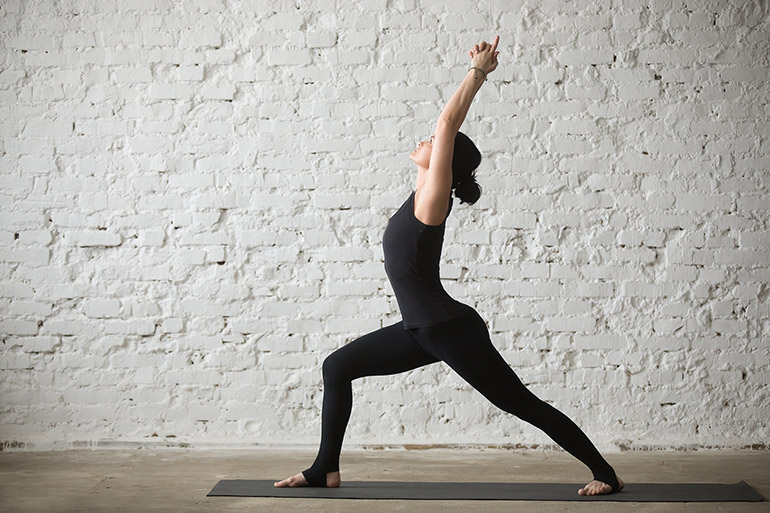 We also did what Adriene referred to as holding a beach ball. There were several positions where we held our imaginary beach balls. Some as we sat, other as we stood tall — Mountain Pose — some while in Warrior poses, and I found that this really opened my heart and chest.


I was able to breathe deeper and let go of more stress in my upper back and shoulders. One thing I noticed was that I kept smiling, even when the moves were more difficult for me. I was feeling the gratitude in my body, not just thinking it. I felt it move through me like a wave of pleasant energy and that’s what was making me smile and I couldn't stop myself if I’d tried!


By the time I finished, my entire body was relaxed. I’d also learned during my practice that I had issues with my knee and hip, something I’d not been aware of before. Taking the time to hold compassion and stay present in my body made a huge difference in my result.

“I left the practice full of joy and self-love. I felt euphoric, which isn't something that I've historically felt after yoga.”


The second time I did the video, I wasn't in a good place. I’d dealt with some trauma and was genuinely sad. While I still felt grateful for all the goodness in my life and inside me, I was in pain, and it closed off that lovely flow of energy I’d been feeling move from my root chakra up through my crown.

This time, I entered into the practice with an intention to release the sadness and trauma that had caused my pain. For me, releasing pain and trauma are the highest form of self-love and self-compassion. While I still moved slowly on my second go, because I needed to release emotional build-ups, I stayed in the tougher positions for longer. I kept my body active: my muscles and breathing active.


One pose I found particularly helpful when releasing sadness was Boat Pose. I’m not sure why, but it seemed to keep all the parts of my core that like to hold onto trauma engaged. The longer my muscles were involved, the more I released when I left the pose. I also found Cobra pose particularly helpful during my state of sadness. 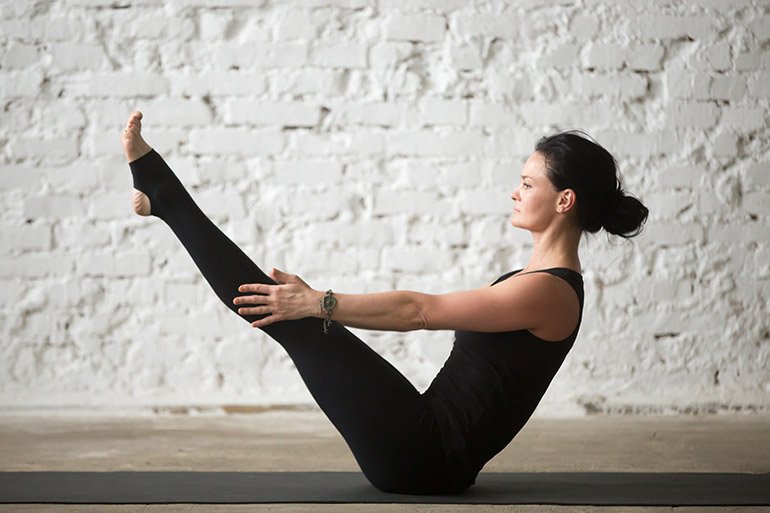 When I'm sad and holding onto trauma, it affects my core and heart chakra. So, by opening my chest up and my entire body with Cobra, I was able to feel a lot of the negativity move out through my heart. I felt like a blast of sadness shot from my chest, and it pushed right through my open window and into the earth.


After finishing a second time, I’d managed to release the negative emotions I was feeling. I couldn't explain why, though. My inner scientist wanted to understand how the sessions — which seemed to impact me more than shorter sessions I’d done — affected me so positively, even when I came into it full of sadness.

According to Science Daily, Boston University School of Medicine carried out a study in 2007 to find out if yoga alleviated depression and sadness. The researchers found that practising yoga may elevate brain gamma-aminobutyric (GABA) levels.


GABA is a major neurotransmitter that brain cells use to communicate with each other. People with low levels of GABA often experience depression, anxiety, and other mental disorders that affect happiness. The study included testing 19 subjects. All had their GABA levels tested before their tasks. Eight were sent to do an hour of yoga and 11 sent to read for an hour. After one hour, all the subjects were tested again.


Those that read for an hour had no change in their GABA levels. But those who did an hour of yoga experienced an increase in GABA levels. After more research, the team came to the conclusion that an hour of yoga may help alleviate depression and assist with happiness. The study was more comprehensive than my summary here, so I do suggest to check it out fully.

My research and experience explained why this compassion yoga video was so much more effective than others I’d done. Each time I came away with a feeling of being high, but still in control of my facilities! It seems that the length of this particular video weighed into my results just as much as my focus on compassion and releasing.


While this video is longer than the other two in this series, it's my favourite when I have the hour to complete it. I highly recommend trying Compassion Yoga with Adriene. Be sure to check out part two, Gratitude Yoga! Namaste! ●