Working out in any form is not just good for your physical self, it's great for your brain and mind too. Here are five surprising ways exercise can change your brain. By Kelly McGoniga on behalf of Greater Good Science Center.

We’ve all heard that exercise is good for us — how it strengthens our hearts and lungs, and helps us prevent diseases like diabetes. That’s why so many of us like to make New Year’s resolutions to move more, knowing it will make us healthier and live longer.


But many people don’t know about the other important benefits of exercise — how it can help us find happiness, hope, connection and courage.


Around the world, people who are physically active are happier and more satisfied with their lives. They have a stronger sense of purpose and experience more gratitude, love and hope. They feel more connected to their communities, and are less likely to suffer from loneliness or become depressed.


These benefits are seen throughout the lifespan, including among those living with serious mental and physical health challenges. That’s true whether their preferred activity is walking, running, swimming, dancing, biking, playing sports, lifting weights, or practicing yoga.

Why is movement linked to such a wide range of psychological benefits? One reason is its powerful and profound effects on the brain. Here are five surprising ways that being active is good for your brain — and how you can harness these benefits yourself.

1. The exercise “high” primes you to connect with others

Although typically described as a runner’s high, an exercise-induced mood boost is not exclusive to running. A similar bliss can be found in any sustained physical activity.


Scientists have long speculated that endorphins are behind the high, but research shows the high is linked to another class of brain chemicals: endocannabinoids (the same chemicals mimicked by cannabis) — what neuroscientists describe as “don’t worry, be happy” chemicals.


Areas of the brain that regulate the stress response, including the amygdala and prefrontal cortex, are rich in receptors for endocannabinoids. When endocannabinoid molecules lock into these receptors, they reduce anxiety and induce a state of contentment. Endocannabinoids also increase dopamine in the brain’s reward system, which further fuels feelings of optimism.


This exercise high also primes us to connect with others, by increasing the pleasure we derive from being around other people, which can strengthen relationships. Many people use exercise as an opportunity to connect with friends or loved ones. Among married couples, when spouses exercise together, both partners report more closeness later that day, including feeling loved and supported.


Another study found that on days when people exercise, they report more positive interactions with friends and family. As one runner said to me, “My family will sometimes send me out running, as they know that I will come back a much better person.”

2. Exercise can make your brain more sensitive to joy

When you exercise, you provide a low-dose jolt to the brain’s reward centers — the system of the brain that helps you anticipate pleasure, feel motivated, and maintain hope. Over time, regular exercise remodels the reward system, leading to higher circulating levels of dopamine and more available dopamine receptors. In this way, exercise can both relieve depression and expand your capacity for joy. 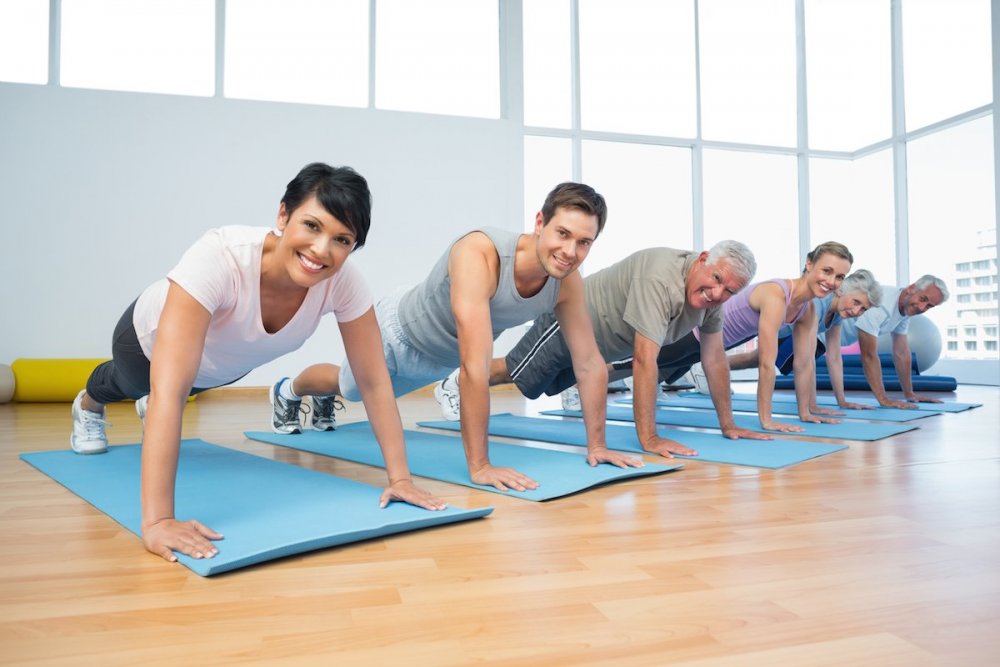 
These changes can also repair the neurological havoc wreaked by substance abuse. Substance abuse lowers the level of dopamine in your brain and reduces the availability of dopamine receptors in the reward system. As result, people struggling with addiction can feel unmotivated, depressed, antisocial, and unable to enjoy ordinary pleasures. Exercise can reverse this.


In one randomized trial, adults in treatment for methamphetamine abuse participated in an hour of walking, jogging, and strength training three times a week. After eight weeks, their brains showed an increase in dopamine receptor availability in the reward system.


Jump-starting the brain’s reward system benefits not just those who struggle with depression or addiction. Our brains change as we age, and adults lose up to 13 per cent of the dopamine receptors in the reward system with each passing decade. This loss leads to less enjoyment of everyday pleasures, but physical activity can prevent the decline. Compared to their inactive peers, active older adults have reward systems that more closely resemble those of individuals who are decades younger.

Courage is another side effect of physical activity on the brain. At the very same time that a new exercise habit is enhancing the reward system, it also increases neural connections among areas of the brain that calm anxiety. Regular physical activity can also modify the default state of the nervous system so that it becomes more balanced and less prone to fight, flight or fright.


The latest research even suggests that lactate — the metabolic by-product of exercise that is commonly, but erroneously, blamed for muscle soreness — has positive effects on mental health. After lactate is released by muscles, it travels through the bloodstream to the brain, where it alters your neurochemistry in a way that can reduce anxiety and protect against depression.

“Over time, regular exercise remodels the reward system, leading to higher circulating levels of dopamine. In this way, exercise can both relieve depression and expand your capacity for joy.”


Sometimes, the movement itself allows us to experience ourselves as brave, as the language we use to describe courage relies on metaphors of the body. We overcome obstacles, break through barriers, and walk through fire. We carry burdens, reach out for help, and lift one another up. This is how we as humans talk about bravery and resilience.


When we're faced with adversity or doubting our own strength, it can help to feel these actions in our bodies. The mind instinctively makes sense out of physical actions. Sometimes we need to climb an actual hill, pull ourselves up, or work together to shoulder a heavy load to know that these traits are a part of us.

4. Moving with others builds trust and belonging

In 1912 French sociologist Émile Durkheim coined the term collective effervescence to describe the euphoric self-transcendence individuals feel when they move together in ritual, prayer, or work. Moving with others — for example, in group exercise, yoga, or dance classes — is one of the most powerful ways to experience joy.


Psychologists believe the key to producing collective joy is synchrony — moving in the same way, and at the same time, as others — because it triggers a release of endorphins. This is why dancers and rowers who move in synch show an increase in pain tolerance.


But endorphins don’t just make us feel good; they help us bond, too. People sharing an endorphin rush through a collective activity like, trust, and feel closer to one another afterward. It’s a powerful neurobiological mechanism for forming friendships, even with people we don’t know.


Group exercise has managed to capitalize on the social benefits of synchronized movement. For example, the more you get your heart rate up, the closer you feel to the people you move in unison with, and adding music enhances the effect. Breathing in unison can also amplify the feeling of collective joy, as may happen in a yoga class.

“Psychologists believe the key to producing collective joy is synchrony — moving in the same way, and at the same time, as others — because it triggers a release of endorphins.”


We were born with brains able to craft a sense of connection to others that is as visceral as the feedback coming from our own heart, lungs, and muscles. That is an astonishing thing! We humans can go about most of our lives, sensing and feeling ourselves as separate, but through one small action — coming together in movement — we dissolve the boundaries that divide us.

5. Trying a new activity can transform your self-image

Every time you move your body, sensory receptors in your muscles, tendons, and joints send information to your brain about what's happening. This is why if you close your eyes and raise one arm, you can feel the shift in position and know where your arm is in space. You don’t have to watch what’s happening; you can sense yourself. 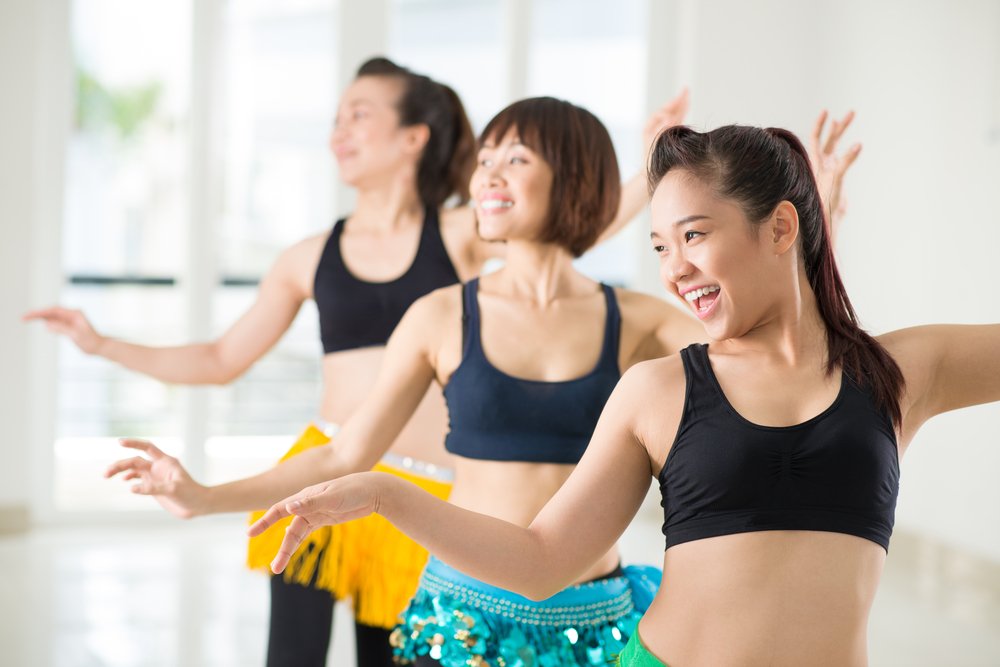 
The ability to perceive your body’s movements is called proprioception, and is sometimes referred to as the “sixth sense.” It helps us move through space with ease and skill and plays a surprisingly important role in self-concept—how you think about who you are and how you imagine others see you.


When you participate in any physical activity, your moment-to-moment sense of self is shaped by the qualities of your movement. If you move with grace, your brain perceives the elongation of your limbs and the fluidity of your steps, and realizes, “I am graceful.” When you move with power, your brain encodes the explosive contraction of muscles, senses the speed of the action, and understands, “I am powerful.” If there is a voice in your head saying, “You’re too old, too awkward, too big, too broken, too weak,” sensations from movement can provide a compelling counterargument.


Physical accomplishments change how you think about yourself and what you are capable of, and the effect should not be underestimated. One woman I spoke with shared a story about when she was in her early 20s and found herself severely depressed, with a plan to take her own life. The day she intended to go through with it, she went to the gym for one last workout. She deadlifted 185 pounds, a personal best. When she put the bar down, she realized that she didn’t want to die. Instead, she remembers, “I wanted to see how strong I could become.” Five years later, she can now deadlift 300 pounds.


Clearly, we were born to move, and the effects of exercise on our psychological and social well-being are many. So, why not start the new year right and add more movement to your life? No doubt you’ll feel better, be happier, and have better social relationships because of it. ●

Happiness, hope and positive news may seem to have been in short supply during the month of July, when so many negative news items were presented. In

With so many negative news stories in the press, happiness, hope and positive news may seem to have been in short supply during June. In fact, it was

Mooji is a renowned spiritual teacher who is of the Advaita non-duality tradition. Here, he offers two simple yet potent exercises about self-inquiry

The authors of a new book, Wired to Create, explore the depths of the creative mind and offer ideas on how to kick-start your own creativity. From