Imagine a world with fairly distributed wealth and a happy, enriched workforce. These are two of the aims of Buddhist economics. Ed Gould delves into the background of this economic model and asks whether it can ever become a reality.


Economic life may be something that seems out of our control. Indeed, the forces of macroeconomics can appear akin to a tsunami that individuals can do little about. And yet, even an enormous wave is made up of single drops of water.


Individuals can decide how they spend, save and deal with the world from a financial point of view. Essentially, Buddhist economics looks at finances from a spiritual and ethical angle. Economics is studied from the standpoint of human psychology and how natural emotive reactions can direct a range of economic activities.

So, what exactly is Buddhist economics?

One Sri Lankan economist has described a Buddhist economic system as something that “has its foundations in the development of a co-operative and harmonious effort”. Writing in 1976, Neville Karunatilake said that the ideal place to operate in this way was within a “group living” setting. Perhaps building on the ashram idea of communal living espoused by Gandhi, Tolstoy and others, this approach would lead to a diminished level of “selfishness and acquisitive pursuits” which might have been seen in the days the Buddhist king Ashoka's rule.


Referring back to a pre-industrial time, many classically trained economists might easily miss the point of what Buddhist economics can mean for the 21st-century world. However, as we shall see, Buddhist ideas about economics have developed throughout the world over the last few decades. This is partly because people are increasingly aware of the fragility of the global financial system and because of the destructive nature of many industrial processes which harm the planet.


In an attempt to address these issues, some economists have tried to look at the principles behind Buddhist ethical teachings and apply them to areas like work, productivity, commerce and even concepts such as ownership. After all, it was the ethical nature of Buddhism that led Ashoka to invest in public works programmes such as those which built hospitals, hostels and parks.

“Buddhist ideas about economics have developed over the last few decades partly because people are increasingly aware of the destructive nature of many industrial processes which harm the planet.”


Building interest in the ethical dimension of Buddhist economics, the first international conference of its type was held in the city of Budapest in 2007. Further such conventions, which look into all aspects of Buddhist economic thought, from increasing happiness to facing up to the economic challenges of Western economies, have since taken place. How did Buddhist economics get to this level of acceptance among modern academics?

The development of Buddhist economics

According to the Buddhist writer, P A Payutto, the traditional study of economics has avoided vital questions about human morality and ethical considerations. However, as ecological concerns have become more critical in the eyes of many people around the globe, so ever-increasing growth – something that most capitalist economies rely upon – has become seen as negative.


Therefore, alternatives economic views have become increasingly mainstream. Both right and left wing economic views have, according to the zero-growth economic models espoused by certain green politicians, got little to offer regarding preserving the world's resources. Buddhist economics fits into that tradition and has been gaining more significant attention since Payutto started publishing in the 1990s.


RELATED: Spending money – can you buy yourself happiness?


The idea of Buddhist economics was first espoused in the 20th century by E F Schumacher, a German statistician, who came up with his ideas while travelling through southeast Asia. Schumacher ended up being an economic advisor to Prime Minister U Nu of what was then Burma. His idea was to reject the economic theories of both Karl Marx and Adam Smith, both of whom focussed on units of labour as being the primary economic drivers in any economic model. Instead, Schumacher espoused a view of economics from a Buddhist point of view.


Essentially, Schumacher opted to redefine work from something that could be sold, for example to employers, or exploited, through slavery or unpaid labour, as well as choosing to view it as something that did not necessarily need to be conducted most efficiently. In other words, his view of work was one that was there to enrich the basic happiness of the person doing it from a spiritual standpoint, not from an economic one. 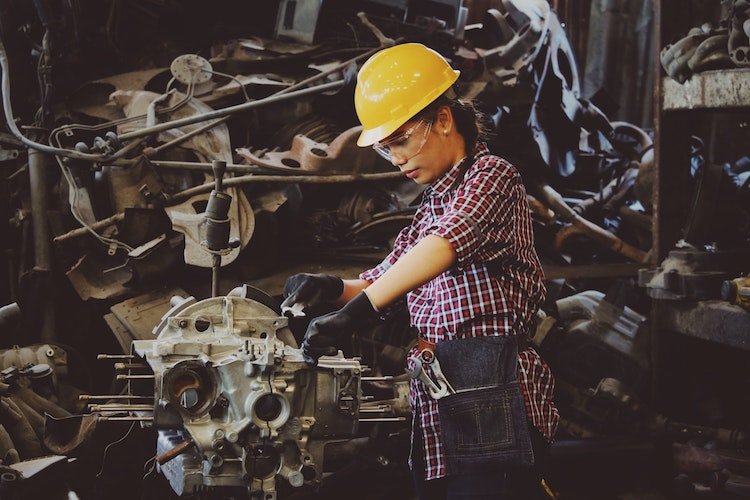 When work works: we should be enriched by our labour efforts

Let's look at what Schumacher means by taking an example. In a factory, the most efficient way of making an item for sale into the wider economy might be to divide the labour up so that each worker does a repetitive task over and over. This simplifies their job function, makes the production method more predictable and lowers costs, especially if production is speeded up significantly.


The outcome might be that the factory owner makes more money with such a system. Henry Ford, the American car maker, is often cited as a pioneer of these sorts of workplace practices which were developed for economic reasons. Schumacher turns that idea on its head. He put forward the idea that work should not be measured by economic output.

“In other words, Schaumacher's view of work was one that was there to enrich the basic happiness of the person doing it from a spiritual standpoint, not from an economic one.”


Indeed, according to his Buddhist principle, work is there to offer a worker the chance to utilise and develop all of his faculties, not just one or two key skills. Also, this will enable a worker to overcome egocentric ideas, mainly when work is conducted with other people in a common task, for example, building a house together.


Crucially, Schumacher stated that work should “bring forth the goods and services needed for a becoming existence”. In other words, work ought to create enough economic output to sustain life but no more. Working just to accumulate more and more wealth is pointless from a spiritual perspective. Being rich is, in other words, counterproductive.

Since the global financial crisis, many people have woken up to the idea that the economic system that has sustained the West, in particular, may not be the be-all-and-end-all. If the system could crash and the money supply seize up once, then could it do so again?


In addition, the rise of China as a global economic force – a country that does not run on liberal economic models – has caused some people to think that the way things have been done does not mean that is the way they must continue. The world becomes more global in its inter-connectedness, so goods move more rapidly and resources are used up.


Some see the emergence of nationalism in recent years as a direct result of global economic trends over which local communities have little control. Global economic challenges like these can be met by Buddhist teachings. Not only do they convey the idea that man is interdependent on his fellow man, but that overproduction for the sake of economic growth is undesirable.

“Since the global financial crisis, many people have woken up to the idea that the economic system that has sustained the West, in particular, may not be the be-all-and-end-all.”


According to Clair Brown, an economics professor at UC Berkeley and the director of the Center for Work, Technology and Society, students she teaches are focussed on the tremendous economic inequalities that globalization has produced. In a world where the richest one per cent of the population own half of all the wealth, it's clear that inequality – and abject poverty – is rife.

Brown teaches that happiness, founded on less inequality, and the simple act of helping each other with  compassion is the answer to these undeniable economic challenges. She puts forward the idea that economists must let go of the principle that people are fundamentally selfish and that they will always choose the best economic outcome for themselves. By studying cities in the so-called Rust Belt of America, she points out that economists must work in a way that is “compatible with what neuroscientists are finding out about people’s well-being and the way minds work.”

How can mankind and our planet benefit?

The economic challenges of poverty, inequality, globalization and ecology can all be met by adopting a Buddhist approach to economics, so its proponents claim. On ecology, for example, Professor Brown cites the withdrawal by the US from the Paris Accords as something that does not ascribe to Buddhist teachings of being mindful of others.


Man can benefit from adopting Buddhist economics because of self-interest, so inherent in Western economic models, is illusory. Instead of bartering for the best deal, the approach should be to adopt an economic model of mutual reciprocity.


Why? Because we feel negative about ourselves and others in the former model and a higher degree of happiness and inner peace with the latter. Imagine what could be achieved by humans if everyone just got on better with one another because they felt less pressured to make a few pounds? From a global point of view, this would bring about a deceleration in the exploitation of the Earth's valuable resources, helping to make economic life sustainable not just for today but for future generations. ●

There were plenty of feel-good health and environmental stories in the press in March but they may have flown under your radar. Ed Gould rounds up

There were many feel-good health and environmental stories in the press in February.
Ed Gould rounds up his Top 10 from the past month to uplift