There have been plenty of feel-good health and environmental stories in the press during April. Ed Gould rounds up his Top Ten from the past month to uplift and inspire.

April started to feel as though spring had truly arrived in many parts of the world. Despite the many problems the global population faces, this April was full of optimistic stories and tales of human endeavour. What were some of the best news items that didn't necessarily get the attention they deserved?

1. Gardening reduces stress levels, according to a new study

According to a report by Sky News, gardening even just once or twice a week reduces feelings of anxiety and stress. The Royal Horticultural Society (RHS) commissioned a survey to find out how much gardening was found to relax people. As most gardeners know already, it can be an absorbing hobby and relieve stress. However, the survey discovered that the impact is more dramatic than many had previously thought. In fact, the findings from the RHS suggest that gardening is just a good a stress buster as running or cycling vigorously.

2. Reefs to be better protected thanks to ecologically sound sunscreen

One of the principal ingredients in sunscreens is zinc oxide. This compound is harmless to skin and also offers a high level of protection against the sun's powerful rays. However, it is often derived from natural sources found within coastal reefs. Thankfully, research at Imperial College London and Sheffield University has been ongoing to synthesize the production of zinc oxide. In April, these universities jointly announced they had developed a new technique which means this is now possible, helping to safeguard delicate marine environments for years to come.

A British survey of some 2,000 people found that people are much less anxious about what others think of them, on average, when they reach the age of 46. The study results were reported in the Independent and demonstrated that British people were able to stop being so concerned about how others perceived them by this age, suggesting that they were more content in themselves. In fact, 72 per cent of the people who responded to the survey reported that they were unapologetically themselves in their mid-40s without being held back by feeling they needed to conform so much. 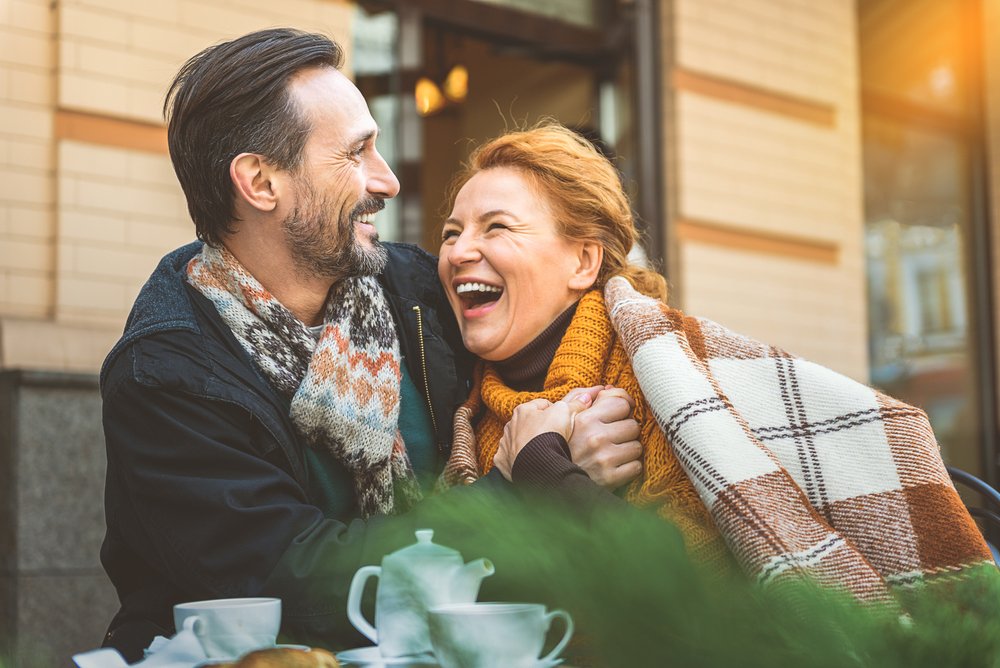 Brits are more self-assured in their 40s shutterstock/Olena Yakobchuk

4. Microplastic trap could help to clean up waterways

Rivers, lakes and oceans all suffer when plastics are dumped in them. As well as taking a long time to break down, plastic products often release tiny particles as they do so. In turn, these are often ingested by marine life and therefore enter the food chain. New Atlas reported in April that a team at Hong Kong Polytechnic University had shown that a common bacterium can be used in a biofilm to capture these microplastics. It's hoped that the trapped material can be recycled – just like conventional plastic.

5. Traumatic memories can be weakened by new therapeutic model

Science Daily reported in April that research in Texas was helping patients to overcome their most traumatic memories in a new way. The idea, as published in the academic journal Nature Neuroscience, is to reactivate hurtful or problematic memories so that therapists can either reframe them or help them to disappear completely. The approach helps to eradicate deep-seated fears which can already be treated at the moment but which often bubble up back to the surface over time. It's hoped that the method will create a more effective treatment pathway for those living with conditions such as post-traumatic stress disorder.

A 230,000-acre rainforest site in the central American country of Belize has been turned into a natural reserve thanks to a coalition of international organisations and local groups. It's hoped that the privately managed area of rainforest will serve to protect unknown numbers of species including the area's top predator – the jaguar. The Rio Bravo Conservation Management Area is part of a rainforest that stretches into Mexico and Guatemala, as well as covering much of Belize. The main aim of the project is to protect the area from deforestation, according to Science Times. 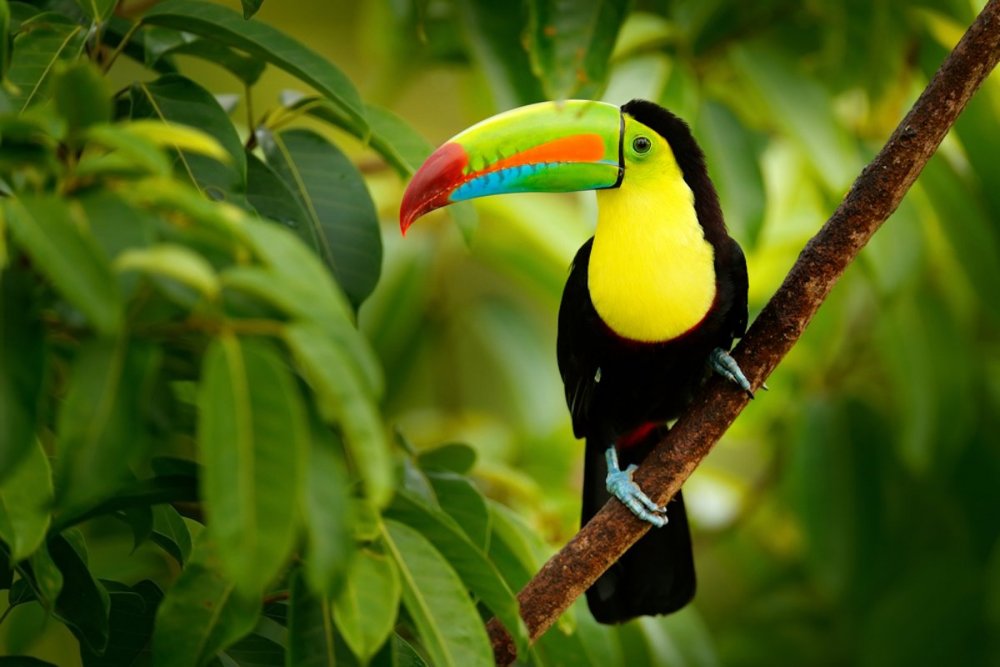 According to PsyPost, even relatively short mindfulness interventions among students will be of benefit to them in coping with psychological stresses. A trial among undergraduates found that brief periods of meditation were useful for all types of students. The trial focussed on Brazilian students and was published in the BMC Psychology journal. The study centred on students with no prior experience in mindfulness or meditation and studied their responses to 30-minute guided mindful meditations over a short, three-day period.

Gut health has long been known to have a physiological effect on people, perhaps impacting positively on their immune system. However, an interesting new study conducted by scientists at the University of San Diego has discovered that people with good gut health – a diverse amount of healthy bacteria in their digestive tracts – will often feel they are wiser, something that tends to present as feeling more satisfied in their life. Conversely, people who have poor gut health will often feel more socially isolated. It's thought that microbial diversity in the gut can have a profound effect on people's brain physiology.

RELATED: How to heal your gut – 11 ideas to restore belly health

Although many countries have greener electrical production today than ever before, some – like Chile – are going even further. While major economies tend to have a mix of fossil fuel and renewable energy, Chile is already highly advanced with solar-powered technology, largely thanks to the amount of clear sunlight the country receives. According to the Financial Times, this has led the nation's energy companies to start thinking about how it might export its green energy to neighbours. Chile hit its 2025 target for renewable energy production five years early in 2020, and is still investing heavily in solar power, showing what can be achieved in a relatively short period of time. 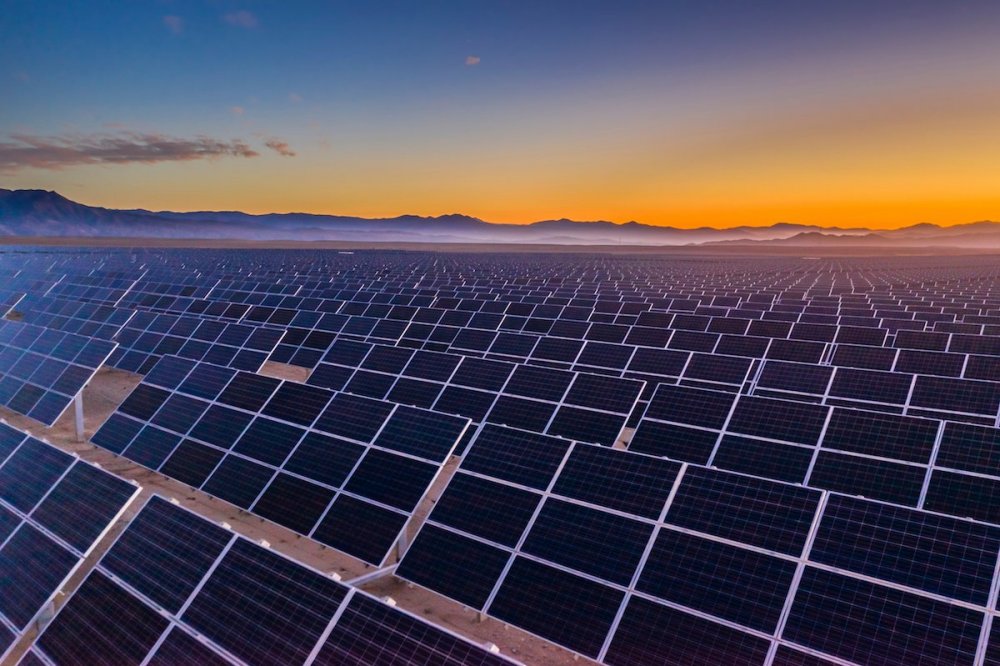 10. HIV vaccine is on the horizon

The world has become accustomed to virology and vaccine efficacy in recent months but for decades there has been no vaccine available for HIV. However, the latest research is showing promising signs that a vaccine for HIV may soon become a reality. The International AIDS Vaccine Initiative and the Scripps Research Institute in California have been working on one, according to ABC News. At the clinical trial stage, the vaccine is showing all the signs of success – early findings indicating that it could be successful in as many as 97 per cent of cases. The trial is ongoing but researchers are hopeful that a breakthrough may occur when their final data is published for review. •

The 10 keys to happiness, according to science

One seemingly simple question that most people wonder is: 'can we choose our happiness?'. Sonia Vadlamani explains how we can indeed cultivate

What are sound baths? Explore the benefits of this ancient practice

Feeling lost in life? These 7 steps will help you move on

The feeling of being lost in life and not knowing what to do next can be paralyzing. Psychologist Stanislava Puač Jovanović explains how to embrace