The power of generativity

Purpose, motivation, meaning and creativity are key elements of generativity: the desire to make your mark on the world by passing your knowledge and skills to future generations. Psychologist Stanislava Puač Jovanović explores why generativity matters and the surprising health benefits it can offer. What will your legacy be?

To be entirely honest, if you asked me whether I was concerned with generativity before I started writing this article, I would probably respond negatively. Although I am familiar with the concept, it had simply slipped my mind. However, it did its workings in the background.

When I examine the thoughts and needs dwelling in my head, I realise — that’s it! I am approaching middle adulthood (turning 36 in a few weeks). Just as Erik Erikson theorised, the need to create something that will outlast me is starting to become more prominent on my list of priorities. As I am working through resolving some lifelong internal conflicts and their consequences, the focus of my motivation changes. I am starting to see the yearning to make a difference in someone else’s life — and I know that now I am truly capable of it.

Although you may not be directly aware of it, generativity might have been a burning issue for you. Do you feel the impulse to create, make your mark on the world, and ensure your life matters? If so, chances are, you are in the phase of life Erikson described as generativity vs stagnation. I'll explain what generativity is and how to go through this stage of life with success.

What exactly is generativity?

Erik Erikson was a highly influential psychoanalyst. His theory about stages of psychological development was introduced in the 1950s. Unlike Freud, Erikson believed that we develop psychologically throughout life, not only during childhood. Erikson also took into account not only our parents’ impact but the effects of society as a whole.

The theory consists of eight developmental stages. Each is defined by two opposing psychological tendencies. In other words, there is a conflict, a crisis. When we successfully resolve it, we come out of that stage with a specific virtue. When we fail to complete it successfully, our ability to go through later stages is somewhat reduced. 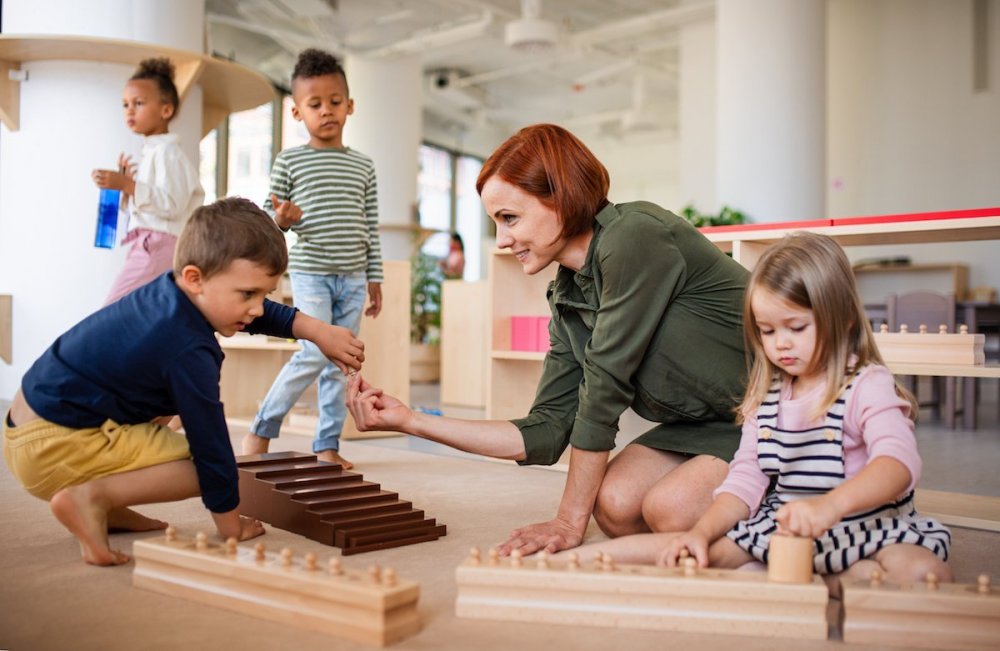 Considering generativity: what skills can you pass on? shutterstock/Halfpoint

Generativity vs stagnation is the developmental phase of middle adulthood. Erikson did not assign ages to his stages, but later researchers tried to do so. Therefore, generativity becomes the focal matter roughly when you are in your late-30s or entering your 40s, up until the mid-60s.

Generativity happens in mid-life because usually by then we have worked out our identities in the previous life stages. Once we realise and come to terms with who we are, we start to look at the bigger picture. We abandon the egocentric focus of childhood and youth and fully grasp our impermanence. So, we want to ensure our legacy lives after us.

What does this stage entail, exactly?

When you hit the generativity period of your life, you are concerned with productivity and creativity. You want to create new ideas, new products, significant changes in the world. You wish to engage with the next generation, and you do it through parenting, coaching, mentoring. Community involvement may become crucial at this point. All in all, the generativity phase is about creating a legacy.

I said earlier that each stage in Erikson’s theory revolves around resolving a conflict. At this point, it is a matter of generativity vs stagnation. When you are successful at resolving it, you will develop a virtue of care.

“Do you feel the impulse to create, make your mark on the world, and ensure your life matters? If so, chances are, you are in the generativity vs stagnation phase of life.”

However, if you do not embrace your need to create, you might find yourself inert and dissociated from the world, meaning and community. Erikson named the outcome of a failure at this stage as rejectivity. You might feel disconnected and uninvolved. As a result, a stagnant person will be self-centred, disengaged and void of purpose.

Research supported Erikson’s observations and revealed that a lack of generativity might be associated with:

The benefits of generativity

Developing generativity in middle adulthood can have positive outcomes at this or the next stages of your life. You are not only contributing to the world — you are also setting the stage for healthy and satisfying ageing. Empirical findings showed that generativity might result in:

How to increase your sense of generativity

According to a recent study, some individuals are more predisposed to generativity because of their personality traits. Such people are those who are organised, persistent, motivated and with interest and agreeableness toward others. However, generativity vs stagnation is a phase everyone can find themselves at some point in their lives — and everyone can resolve successfully. Here are some practical ideas on ways to boost generativity and avoid stagnation.

1. Find your path to mentoring

Although parenting is the most common path to generativity, it is not the only one. Whether you are a parent or not, you can always mentor the next generation. Think of your unique way to transfer your knowledge and experiences. You could teach, coach, write, or simply be the confidant for the children and youth in your neighbourhood. 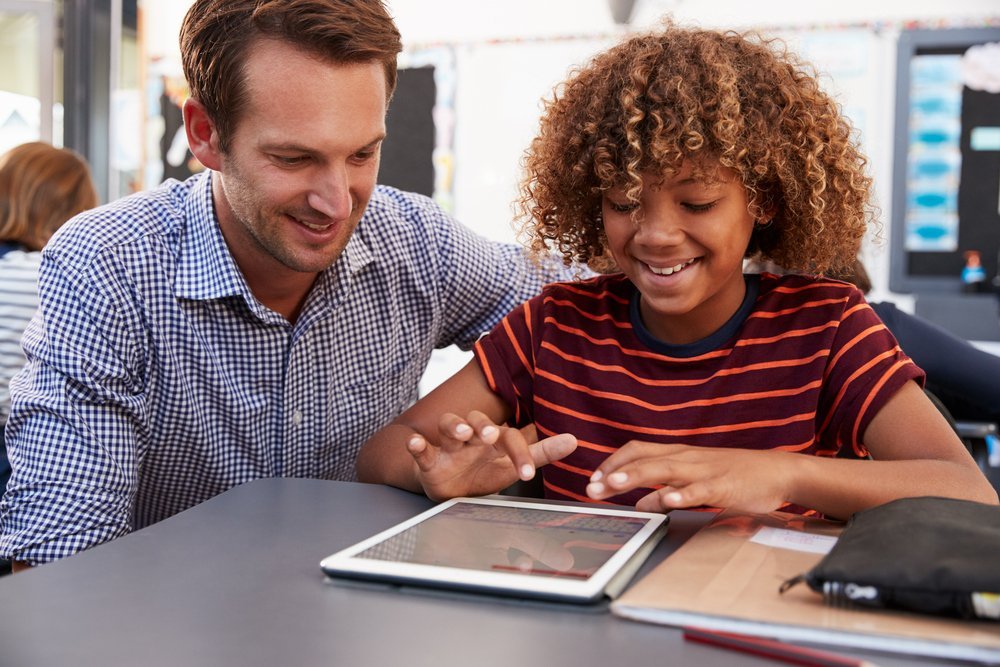 There are many health benefits to generativity shutterstock/Monkey Business Images

Volunteering will help you make a difference in someone’s life, your local community, or even the world (why not?). As I can testify, being a volunteer is a sure way to be productive, grateful, humble, and gain perspective and a sense of purpose. There are myriad ways to contribute. Choose a cause — environment, equity, well-being, health, education — and explore the organisations that could help you start making a change.


RELATED: Why is volunteering important?

3. Participate in your community

Generativity is about abandoning yourself as the centre of your efforts. Seek ways to be a productive member of your community by finding ways to resolve an issue, connecting to and listening to others, or finding a group you can support online. For example, are there enough playgrounds in your neighbourhood? Is there vandalism or littering? Or, did you go through some harrowing experience, and you could help others overcome it with your advice?

Learning new skills can give you the extra push you need when you are trying to tackle generativity vs stagnation. By gaining new knowledge, you broaden your impact. I, for example, have been sharing my knowledge as a psychologist for many years now.

However, I have not felt ready to become a psychotherapist until recently. I consider it an ultimately responsible role only someone with extensive experience and internal coherence can assume. However, having resolved the previous developmental stages now, I believe it is time to start psychotherapy training.

“Developing generativity in middle adulthood can have positive outcomes at this or the next stages of your life. You are not only contributing to the world — you are also setting the stage for healthy and satisfying ageing.”

Once you decide what new skill you will embark on gaining, there is one more essential step. Make sure you share those skills and your new capabilities with others to resolve the generativity stage with great success. Remember, it is about giving back.

5. Dedicate your energy to your passions

A truly fulfilling way to reach generativity is to start a passion project. When you are passionate about what you do, be it a side-business, art, or a cause, you radiate purpose. This is a contribution that, shared with others, truly makes an impact on the world.

So, think of the activities that put you in a state of flow. Could you start writing and share your insights with others? Maybe you are interested in yoga and meditation, so you could become an instructor? Were you always passionate about touching others with art?

The generativity vs stagnation phase may be the most productive one of your life. It's at this point that you start to create your legacy.

The conflicts and turmoil of the previous stages of your development subsided. Now, in a way, you employ everything you have gained in terms of your psychological toolbox. Your skills, experiences, knowledge, strength, how you overcome hurt, the identity you worked so hard to establish — all this gets put to use.

So, ride the wave. Do not stagnate. Create. Generate. Nurture. Care. •