What to do when you never feel good enough

Are you stuck in constant self-judgment? In a new book, a clinical psychologist suggests a better way to feel good about yourself. By KIRA M. NEWMAN on behalf of Greater Good Science Center.

Are you a good enough friend, employee, partner or parent? Are you thin, attractive, smart and nice enough?

If you have doubts about yourself, you’re not alone. In fact, clinical psychologist Ronald D. Siegel has heard them from many of the clients he’s worked with over nearly 40 years – and grappled with them himself, despite being an assistant professor at Harvard Medical School.

“I noticed that there was one painful struggle almost everyone seemed to share: the relentless quest to feel better about themselves,” he writes in his new book The Extraordinary Gift of Being Ordinary.

In fact, he explains, most of us go about our days with “self-evaluative thoughts” rattling through our brains: concerns about our performance at work, disappointment about what we see in the mirror, judgments of our lovability based on the last conversation we had. Even when we feel good about ourselves, that feeling is fragile, ready to be shattered by the next blow to our self-image.

Instead of this self-referential chatter, Siegel suggests another way of being based on connecting with others rather than proving ourselves to them. His book offers tips for working with the feelings of “not good enough” and building a stable sense of happiness.

Although constantly evaluating our worth is exhausting, it’s also very human. “The propensity to evaluate ourselves and compare ourselves to others, which was once useful for survival, is actually hardwired into the human brain,” Siegel writes.

To win the evolutionary race and reproduce, early humans had to compete with others for status, Siegel explains. Comparing ourselves to others, now an unfortunate side effect of social media, was once a survival skill. And being exiled from the tribe was a matter of life and death, so fears of rejection linger. 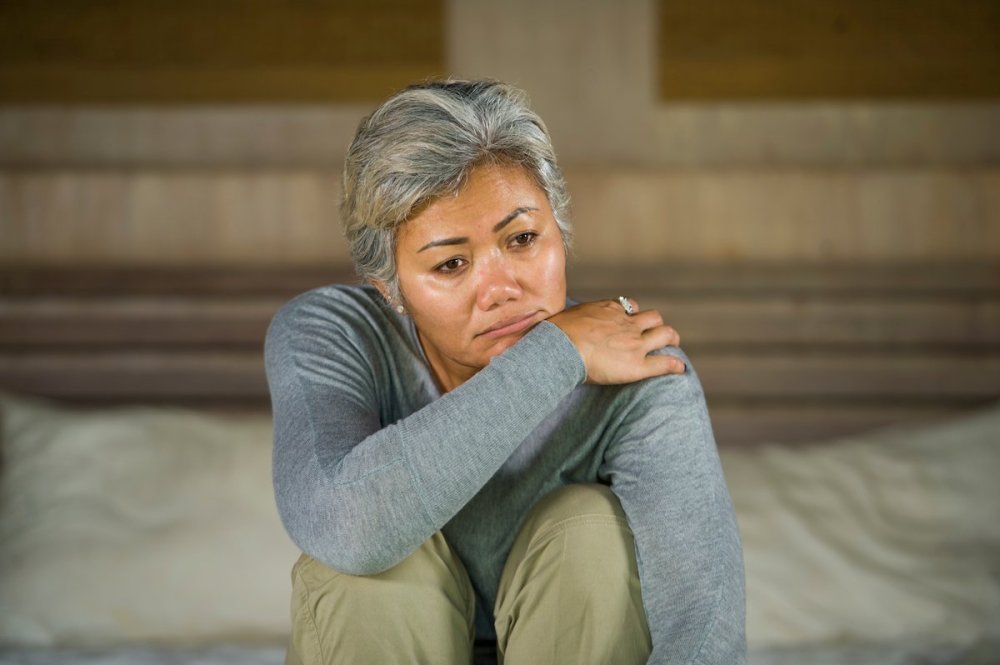 Shift your focus from yourself to others and feel better

Today, concerns about our adequacy can take different forms in each person. Maybe you want to feel special and get good grades, or be attractive and make more money. Maybe you just want to be liked and have enough friends. Or maybe what’s important to you is feeling educated, creative, and talented enough.

In response to these feelings, Siegel explains, we try to do everything we can to prove to ourselves and others that we are these things: good, generous, strong, successful, sexy. But that doesn’t work either. “It’s actually our relentless trying to feel good about ourselves that causes much of our distress,” he writes.

For example, research suggests that people who pursue external rewards like fame, power, wealth, and beauty in order to be popular are more anxious, depressed, and discontent compared to those who are focused on personal growth, relationships and helping others.

When our goals are external like that, we may find ourselves falling short all the time. There are always people doing better, so we can feel constantly judged. And if we ever hit a goal we had set for ourselves, we often just raise the bar again.

“The propensity to evaluate ourselves and compare ourselves to others, which was once useful for survival, is actually hardwired into the human brain.”

“Always performing, we rarely get a break to feel content or at peace,” Siegel writes. A preoccupation with being good enough can also get in the way of connecting with others. When we perceive any kind of criticism from friends or coworkers, we may feel threatened and get defensive.

Then, our habit of self-judgment can spill over into harshly judging others – which, surprise surprise, people don’t really appreciate. And if we constantly feel insecure, we might try too hard to be liked, or be too afraid to put ourselves out there in the first place.

Over the years, writes Siegel, all those times when we felt not good enough become a “pool of accumulated sadness, hurt and shame” that can be triggered by things that happen in our daily lives. That weight is hard to carry.

“Just think of how wonderful a day would be without worrying so much about how well you’re doing and what others think of you, instead simply enjoying life,” he writes.

How to feel good about yourself

Instead of trying to do more so we can finally feel worthy, writes Siegel, the solution lies in shifting the focus altogether: from self to others. That means building our relationships and practising skills like compassion, gratitude and forgiveness. In any given interaction, that means focusing on connecting rather than impressing. 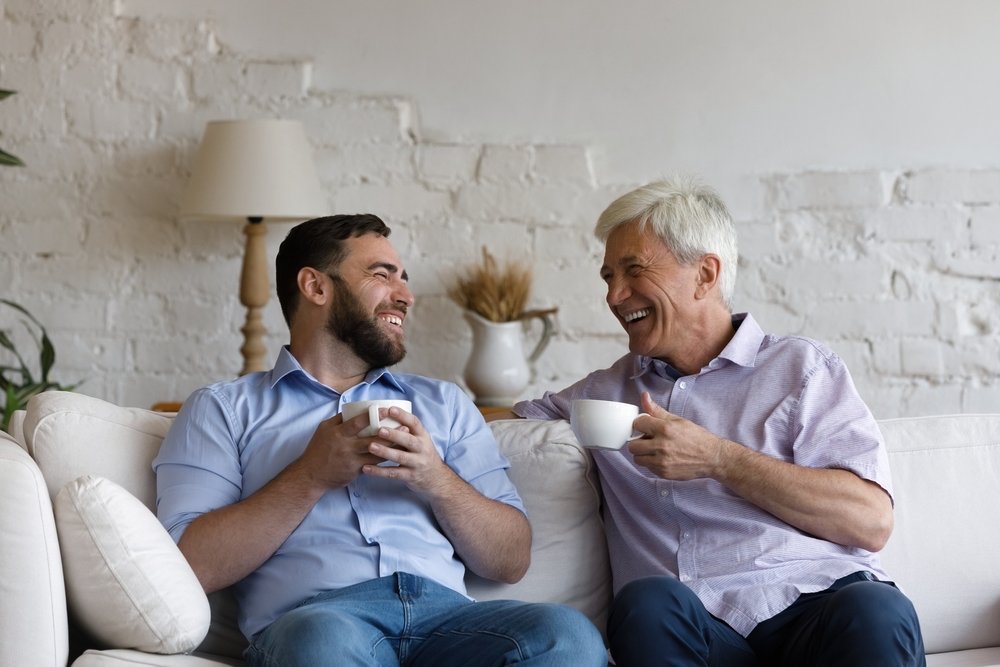 You can also tackle your feelings of shame directly. As researcher Brené Brown has pointed out, shame thrives in secrecy, and Siegel encourages readers to share their imperfections and foibles with others. More often than not, you’ll find that you’re not alone, and we all have aspects of ourselves that we’re less than proud of.

He also suggests having a bit of a dialogue with your inner critic, asking them: “What are you afraid would happen if you weren’t doing such a good job criticizing me?” Then, you can turn to the wounded, insecure parts of yourself and ask: “What might you need right now?”

The goal, according to Siegel, is to develop “unconditional self-acceptance,” an attitude similar to what you’d get from a good parent: “I’ll love you no matter what.” That doesn’t mean we don’t hold ourselves to certain standards, or feel disappointed when we fall short of them, but our missteps don’t damage our value as a human being.

“We can work to develop this feeling of acceptance whether or not we behave intelligently, correctly, or competently and whether or not others respect, love, or approve of our behavior – separating our evaluation of our abilities and behaviors from this sense of meaning or worth,” writes Siegel.

Instead of trying to do more so we can finally feel worthy, writes Siegel, the solution lies in shifting the focus altogether: from self to others. That means building our relationships and practising skills like compassion, gratitude and forgiveness.

“Instead of trying to do more so we can finally feel worthy, the solution lies in shifting the focus altogether: from self to others.”


That’s easier said than done, of course. One way to move toward this kind of self-acceptance is to realize that your self-standards may not be ones you chose in the first place; you may have unconsciously drifted from your core values as you moved through the world and were exposed to the opinions of others. For example, what do you think makes someone good and worthy, and where did those beliefs come from? What are the arbitrary rules that you expect yourself to follow?

He also suggests trying to be imperfect on purpose: missing an exit on the highway, singing in public, or not getting dressed up to leave the house. (If you’re like me, that all sounds very cringey – which is a good sign we need it.)

We can come to see that we’re all just ordinary human beings who are smart but also dumb, conscientious but also lazy, skilled but also inept, adored and rejected, and all of this is in constant flux,” Siegel writes.

Ultimately, he says, a sense of connection to all of humanity and to beings everywhere is what will most help us overcome our self-doubts. We’ll see that everyone is just muddling along on this finite journey through life together. •
Main image: shutterstock/TheVisualsYouNeed

Happiness: why it's an inside job

Some people still think they will attain happiness through achieving goals or obtaining material things, but science suggests this is not the case.

Happiness.com » Magazine » PERSONAL GROWTH » What to do when you never feel good enough