Maslow’s Hierarchy of Needs: the pyramid of happiness

What exactly is Maslow’s Hierarchy of Needs? Let's take a deeper look at the definition of the psychologist's so-called 'pyramid of happiness' with Arlo Laibowitz.

How do we become happy? It's question that has been asked since the dawn of time and answered by philosophers, gurus, and – more recently – psychologists. One of them was Abraham Maslow. He formulated 'Maslow's Hierarchy of Needs', also known as the 'pyramid of happiness.' It made up his 1943 paper A Theory of Human Motivation and was published in Psychological Review.


So, what exactly is Maslow's Hierarchy of Needs and how can we learn from this pyramid example if we want to be happy?


Maslow's Hierarchy of Needs is a motivational theory in psychology consisting of a five-tier model of human needs, often shown as hierarchical levels within a pyramid. Maslow’s pyramid is divided into five levels of needs, from the bottom of the hierarchy upwards: 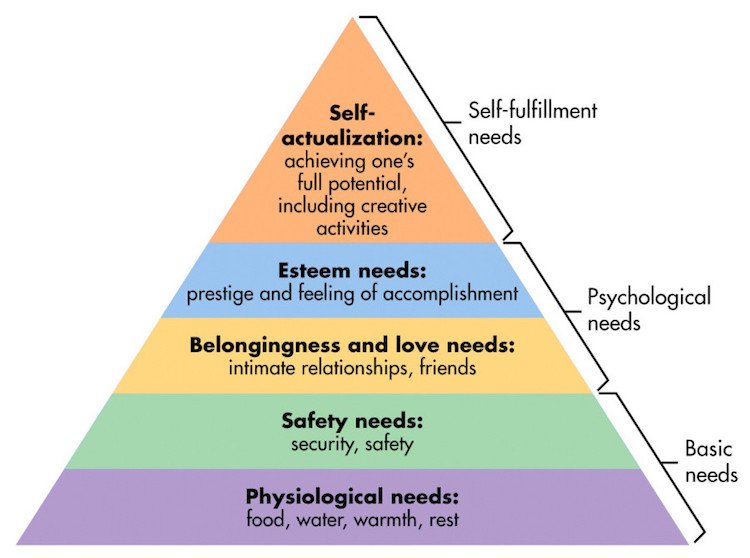 These are biological and physical requirements, like breathing, food, water, and sleep. When these needs are not fulfilled, they become the only thing we are preoccupied with.

These are things such as physical safety, and needs for home, employment, income, and health. Without fulfilment of these needs, a person continually feels insecure and unprotected.

These deal with our desires for deep interpersonal connections, good family relationships, friendships, and sexual intimacy. Without them, we might become depressed or experience loneliness.

These are needs like self-esteem, confidence, achievement, and being respected by others.

These deal with creativity, spontaneity and problem-solving. They are met if we can become everything we are capable of becoming. Self-actualizing people have a grounded sense of well-being and satisfaction. And a sense of awe, wonder, and gratitude about life.

Maslow noted that his hierarchy is a general description. And while he initially stated that individuals must satisfy lower level needs before progressing on to higher level growth needs, he later clarified that satisfaction of needs is not an “all-or-none” phenomenon. Therefore, levels are not fixed, and each need does not have to be fulfilled 100 per cent to be able to move to higher levels.

So, looking at this hierarchy, how do we become happy? Maslow called the lower four levels 'deficiency needs' (D-needs): if they 're not met, it influences our psychological health and obstructs our tendency for growth, autonomy, identity, and excellence. The final, top level is the so-called 'growth' or 'being needs' (B-needs).


In many cases, deficiency needs arise due to deprivation. When they are unmet, they are said to motivate people more. Indeed, motivation to fulfill these needs becomes stronger the longer they are denied. For example, the longer a person goes without food, the hungrier they will become.

“Maslow noted that his hierarchy is a general description. Levels are not fixed, and each does not have to be fulfilled 100% to move to higher levels.”

Pyramid of happiness: 'Growth' or 'Being' needs

Maslow's 'growth' or 'being' needs do not necessarily stem from a lack of something, but rather from a desire to grow as a person. Once these growth needs have been more or less satisfied, one could be thought to reach the top of the pyramid of happiness – the highest level, known as 'self-actualization'.


Once someone has met their deficiency needs, the focus to self-actualization begins and we – even if only at a subconscious level — begin to contemplate deeper ideas about our existence, purpose and meaning in life.

Each of us has the potential to move up the hierarchy toward a level of self-actualization. However, progress is often disrupted by a failure to meet lower level needs. Of course, life experiences, such as a loss of job, depression or anxiety, health issues, and many may cause individuals to fluctuate between levels of the happiness hierarchy. Indeed, not all os will move up the hierarchy in one way for ever: we may move back and forth between the different need types.

Maslow’s Pyramid: expansion of the Hierarchy of Needs

It's important to note that later, during the 1960s and 70s, Maslow added other levels to the top half of the needs pyramid, including 'cognitive', 'aesthetic' and, after 'self actualization', 'transcendence' needs. He studied what keeps self-actualizing people – those at the top of the happiness pyramid – motivated. He found that these people seek things like truth, goodness, beauty, excellence, and so on.

These include knowledge and understanding, curiosity, exploration, need for meaning and predictability.

The appreciation and search for beauty, balance, form, etc.

A human is motivated by values which transcend beyond the ego and personal self (e.g., experiences with nature, mysticism, aesthetic and sexual experiences, faith, altruism, the power of kindness, etc.) 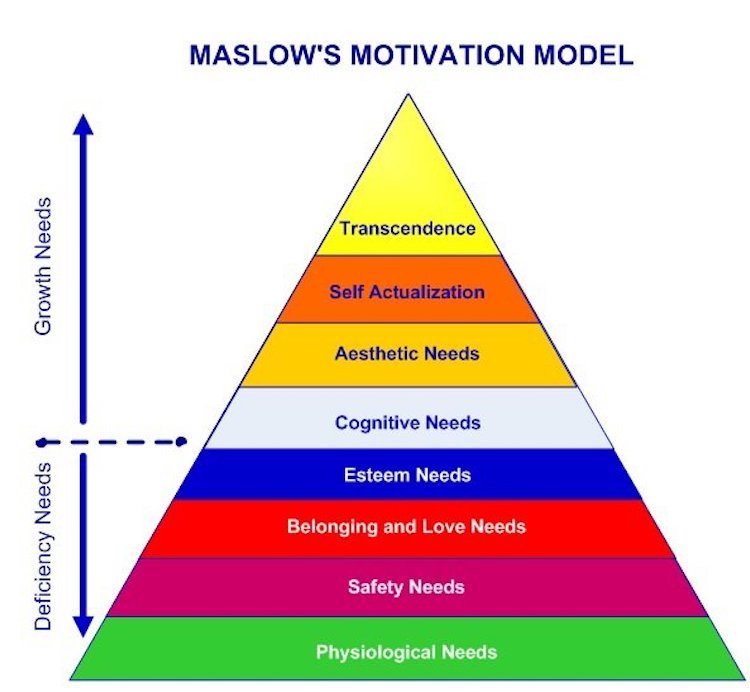 Instead of being interests that involve self-interest, these values transcend the individual. By including these need types into Maslow's Hierarchy of Needs the psychologist answered criticism about the absence of desires to know, desires for beauty, and desires for truth, in his original model of the pyramid of happiness.  ● 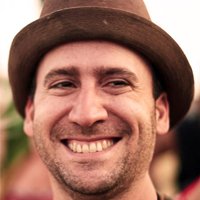 Friendships are vital for our well-being and happiness. But forging them can be hard, especially as we grow older. Sonia Vadlamani suggests some

There were many feel-good health and environmental stories in the press over January.
Ed Gould rounds up his Top 10 from the past month to uplift

8 ways to stay curious in life

Can being curious potentially make us smarter, more innovative and happier? Sonia Vadlamani throws light on the rewards of being inquisitive and