Your guide to wearable technology

What is wearable technology?

Wearables or – more accurately – wearable technologies are devices that are worn, usually in close proximity to the skin of a person. An example of wearable technology that has been around for a long time is the wristwatch. As miniaturisation of clock technology progressed, people began to invest in pocket watches rather than relying on clocks. Once the process of miniaturisation progressed sufficiently, watches that were small and light enough to be worn, as opposed to being carried, were possible. These days, we carry technology all the time, usually in the form of a smartphone in our pockets. However, wearables also exist in the form of, for instance, Apple Watch, something that is, in effect, a wearable mini-smartphone. Still, there are plenty more examples of wearable technology than this one.

How is wearable technology changing healthcare?

A lot of wearable technology is designed to monitor fitness. Some consumer devices monitor heart rates and the distance you might have travelled while cycling or jogging, for instance. This sort of wearable technology clearly has a benefit to healthcare as it encourages people to exercise more and to achieve their daily fitness goals. However, purpose-built medical wearables also exist. These are used in a wide variety of ways to collect data on patients in a manner that clinicians can monitor. Some wearables help to overcome disabilities, such as hearing loss, for example, while others monitor blood sugar levels, something that can help people with diabetes a great deal. Overall, the data that wearable technology provides public health planners helps them to make more informed policies. Recently, some countries have used smartphones and wearable technology to report on the movement of people as a tool in fighting epidemiological outbreaks.

Why do we need wearable technology?

We don't. However, being able to wear technology rather than carry it around means that it is usually much more convenient. You can think of wearable technology as akin to a pair of glasses. Once put on, most people forget about them. Indeed, they can become part of an individual's identity. Compare that to carrying around a pair of lenses in your pocket only to use when they are needed. In short, though wearable technology may not be essential, it is extremely helpful.

Can wearable technology be harmful to health?

Some people are concerned about health and wearable technology. Where wearable technology has been developed for specific healthcare purposes, such as monitoring for the signs of a potential seizure, they have usually been tested in clinical trials. Consumer wearables don't always comply with the same standards. In the US, the scope of consumer wearables in health monitoring is now limited to certain functions only.

What concerns are raised over wearable technology?

One of the chief concerns over wearable technology is the idea that it might be spying on us. Certainly, a technology that can be worn collects lots of data about our movements and who we might be interacting with. That said, most people who wear technology are aware of these issues and proceed anyway.

Members who are looking for Wearable Technology 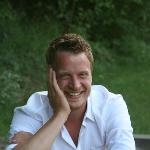 Muse is a wearable brain sensing headband. The device measures brain activity via 4 electroencephalography sensors. An accompanying mobile app converts the EEG signal into audio feedback that is fed to the user via headphones.

I have used it a few times, its fun to have neurofeedback, but I am not really using it anymore. Anyone interested please pm me.

Biology
One of the so-called natural sciences, biology concerns the study of two main topics. The first is life itself. This is the processes – chemical and otherwise – that all living things g...

Applied Science and Technology
To explain the concept of applied science and technology, it's important to know that applied science relates to the practical applications that scientific research can be put to. For e...

Neuroplasticity
At its most basic, neuroplasticity is a term that relates to the way in which the brain alters its physical properties based on how it is stimulated. When we gain physical skills, for e...