The importance of animal welfare

What is animal welfare?

Concerned with the welfare of all animals, other than human-beings, animal welfare is a political and social movement that started as early as the seventeenth century. In 1822, a bill was brought before the UK parliament that was concerned with the treatment of cattle – the first animal welfare legislation of its kind in the world despite some safeguards that had been brought in by the people of Massachusetts over a century before. Societies like the RSPCA sprang up in the UK which aimed to protect animals and to campaign for greater protections for them. These days, animal welfare tends to be concerned with farmed livestock, animals which are used in scientific research, zoo creatures, pets and circus as well as other working animals. Some people also include wild animals, too. Several successful campaigns have been staged which have highlighted issues of animal abuse in all of these areas. Today, many people will only buy meat from sources which have a high animal welfare reputation that is independently assessed. 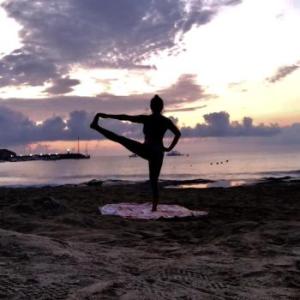 Why is animal welfare an issue?

To some people, animals are sentient beings who are capable emotions, thoughts and suffering. By monitoring an animal's behaviour and physiology, it is claimed that the welfare of any creature can be assessed. Where animals are not being looked after sufficiently, then steps to protect them should be introduced. This might mean taking an animal away from its owner, allowing for more room among farm animals or augmenting the natural habitat of wild animals, for example. Because animals cannot campaign for themselves, animal welfare is a human issue which tends to be bound up with some people's ability to empathise with the way animals are treated.

Which animal welfare organisations are there?

There are two major global animal welfare organisations. One is the World Organisation for Animal Health, an inter-governmental group headquartered in Paris. The other is World Animal Protection, a charity with offices all over the globe. Compassion in World Farming is another well-known lobbying group that is based in the UK. In North America, the Canadian Council on Animal Care and the National Animal Interest Alliance, based in the US, are among the largest animal welfare organisations.

How is animal welfare tied up with animal rights?

Some people see no distinction between animal rights and welfare issues. That said, this is not the majority view. Some animal rights activists consider that no human being has the right to 'own' any animal, so welfare for those in captivity is redundant. Most welfare groups accept that farmed livestock and pets will continue to exist, however, meaning that they ought to be safeguarded in some way.

How can animal welfare be improved?

Monitoring animal welfare is a vital part of keeping up standards. Although new legislation can tighten the rules, it is only if the law is adequately policed that animals will be protected. Most welfare organisations, therefore, lobby for greater safeguards in law while continuing to gather evidence of wrongdoing which they often present to the authorities successfully.

Members who are looking for Animal Welfare

Charity
Charity is usually defined as a voluntary human act which means giving time, money or a resource to someone, or a group, that is need of it without asking for anything in return. As suc...