Quotes about worrying: 6 powerful sayings to free your mind

Something on your mind? Excessive worry, doubt and apprehension is detrimental to your mental health. These six quotes about worrying from Calvin Holbrook should help you to realise that worrying only leads to unhappiness. Find hope and calm a busy mind.

When worries and doubts plague our mind, the result can be destructive and detrimental to our mental health. In fact, excessive worrying can easily spiral into more generalized anxiety and depression. Fretting about something in the future (or the past) is something we've all done, by just how common is worrying?


Well, according to a 2015 survey of 1,000 adults in the UK, 86 per cent of those that replied consider themselves as worriers. And two out of five people questioned said they worried about something every single day.


The survey also showed that, on average, people spend an incredible 1 hour and 50 minutes fretting over something each day. While work-related issues hit the top spot on the fear factor, concerns about money, being late, and health issues also ranked highly.


And while more than a third (34 per cent) claimed to be happy to discuss their concerns with others, around a quarter admit they keep their worries to themselves. It's then when deeper problems can arise. It's always a good idea to chat with someone about your worries – a friend or a stranger – but if you can't, these quotes about worrying may help you to change perspective and free your mind.

1. “Worry never robs tomorrow of its sorrow, it only saps today of its joy.” Leo Buscaglia

This quote on worrying from American author and motivational speaker Leo Buscaglia is one you may have already heard of. Indeed, it’s one of the most well-known sayings when it comes to the subjects of fear and apprehension. Buscaglia’s concise quote makes what we often forget abundantly clear: no matter how much you worry about something, you cannot change the outcome. Worry serves no purpose.


Indeed, worrying over something will only steal time that you could be using in the present – time you could be solve your problem or to do something productive that could be boosting your happiness instead of depleting it. In fact, if you are worrying about something that happened in the past, something going on now, or something in the future, then you are not living mindfully and therefore limiting your chances of joy. So, learnt to stop worrying and stop wasting your precious time. 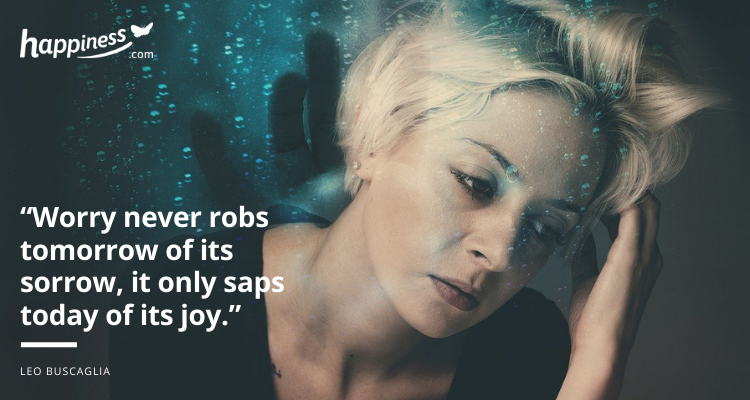 2. “There were many terrible things in my life and most of them never happened.” Michel de Montaigne

This worry quote from French philosopher Michel de Montaigne is another popular saying about anguish and doubt. In it, de Montaigne explains that worries are generally just that – worries – but that they are given so much attention and time in our mind that they almost become 'real' events, when, in fact, they are just thoughts.


Indeed, the vast majority of the time, the things people are worrying about do not come true – some studies suggest even up to 90 per cent of the time. Furthermore, in cases where those fears and worries do come to fruition, the outcome is generally better than what was initially expected! So, the moral of the story? Stop creating scenarios in your mind from developing into events when they are just thoughts.

3. “The greatest mistake you can make in life is to be continually fearing you will make one.” Elbert Hubbard

This worry quote from American writer, artist and philosopher Elbert Green Hubbard is all about the fear of taking risks. Worrying about what may – or may not – happen can sometimes stop us from moving on with our lives or taking chances that we are offered.


This quote around fear could relate to something as small deciding what to choose to eat from a menu or it could refer to a more extreme life change, such as taking a job in a new country. Many people let their fears and worries block them from moving forward in life.


But if you’re continually fearful of the future and making decisions, this can lead to missed opportunities and regret later down the line. It's better to stop worrying about making mistakes and go ahead and take a chance if you're considering it: taking a new opportunity or risk could work out in your favour. And, well, if not, then you will always have the chance to learn from any mistake or situation that doesn't go to plan. 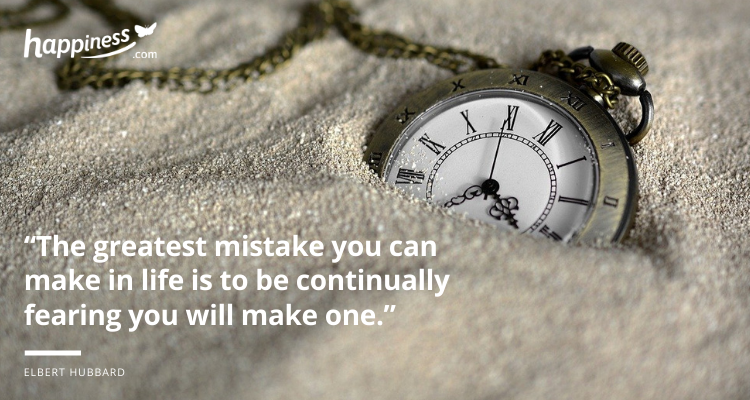 Celebrated UK prime minister Winston Churchill is the source of our next quote about worrying, and it’s a useful lesson. With his words he is basically telling us what we already know: worrying never gets you anywhere – it’s better to use your time constructively and make a plan of action to deal with what’s bothering you.


For example, if you’re worrying because you have too many things to do and don’t have a clue where to begin, instead of developing anxiety about it all, write down what you have to do on paper. Then you can 'see’ it more clearly and start prioritizing your tasks in a 'to-do' list.

“Buscaglia’s concise quote makes what we often forget abundantly clear: no matter how much you worry about something, you cannot change the outcome. Worry serves no purpose.”


Similarly, if your fears are more tangible and you’re worrying about making a decision on something one way or another, make a list on paper of all the pros and cons before making a final choice. Writing worries down and making a plan of action is a way of taking the worry outside of your head and converting energy from worry to action. Churchill’s advice should help you to reduce worrisome thoughts, make a decision and move on with your life. 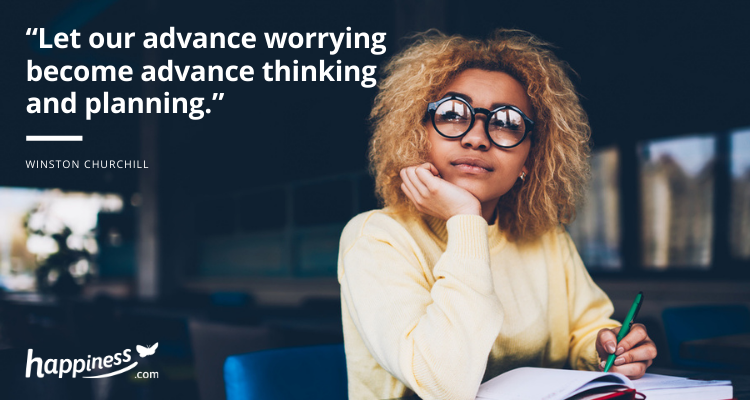 5. “You probably wouldn’t worry about what people think of you if you could know how seldom they do.” Olin Miller

American author Olin Miller is behind this quote about worrying, and I'm sure it’s one many of us can relate to. Worry itself can revolved around many subjects – financial, health, relationship, parenting, getting older, etc – the list is endless. But some of the top worries we have as humans relates to what other people think about us. This is often in terms of our personality, relationships, being attractive enough, our looks, dress sense, etc.


It’s human nature to want to be loved and feel acceptance. However, this can often lead to people worrying excessively about what others think about them. In fact, science shows this is waste of time as humans spend the majority of our time not thinking about other people, but – you guessed it – about ourselves. Indeed, in 1997, Dunbar, Marriott et al found that 78 per cent of human conversations involved talking about ourselves and our perceptions of the world.


Test the theory and ask yourself how often you think about others. Think back to the last time you were at the supermarket, on public transport or simply walking down the street. Try to recall one detail about another person you encountered in any of those scenarios. Not easy, is it? That’s because we’re pretty much all thinking about ourselves and our issues most of the time. So, as this quote on worrying suggests, stop fretting about what other people think about you because – most of the time – they definitely are not. 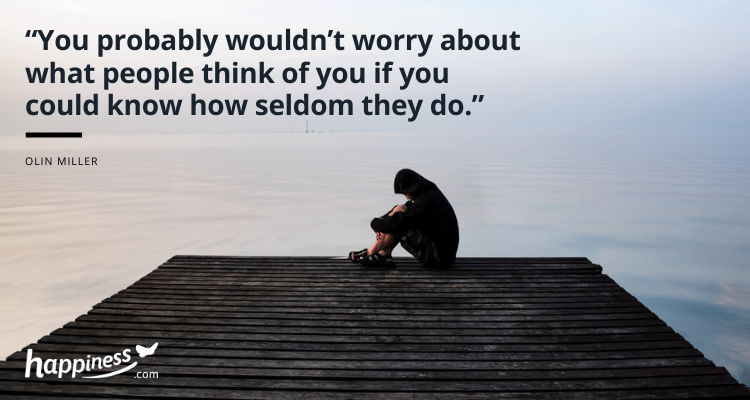 6. “If you want to be happy, do not dwell in the past, do not worry about the future, focus on living fully in the present.” Roy T. Bennett

This quote on worry from author Roy T Bennett is all about mindfulness and how living in the present is our only chance for happiness. Worrying about the future can be destructive, but, similarly, raking over past events that we cannot change is bad for our mental health too. Know as rumination, this element of OCD is unhealthy and can in turn lead to depression (learn more on how to stop ruminating).


Practising mindfulness helps us to stay in the present moment, fully embracing and experiencing every passing moment. Staying mindful as much as possible helps to keep worries about the future or past at bay, giving less chance for fear and anxiousness to infiltrate the mind. •


We hope these quotes on worrying will help you to deal with any doubts about the future or anguish from the past in a healthier and productive way. If you're feeling suicidal, please reach out to someone on one of these global helplines. You can also discuss depression, worry and anxiety with happiness.com members in our forum.