There were many feel-good health and environmental stories in the press over January.
Ed Gould rounds up his Top 10 from the past month to uplift and inspire.

January is often regarded as a rather bleak month. However, it's also a time of renewal, when growth and optimism tend to return. Here's our pick of the Top 10 good-news stories from the past month.

1. MBSR is beneficial over the longer term

According to a paper published in the Journal of Experimental Psychology: General in January, mindfulness-based stress reduction (MBSR) has long-term positive effects on people's emotional well-being. The research goes further than previous studies into MBSR which tended to study people's immediate response to the practice. This latest research focusses on how long-term training in MBSR helps people to appraise emotional responses better over time and not just while they're undergoing mindfulness training courses.

It's long been known that exercise is great for the heart, lungs and muscles, as well helping to improve mental health issues such as depression. However, reports from CNN in January stated that working out can also help the brain to perform better. New research has shown that synapses – the interconnections between brain networks – are improved through physical exercise. Kaitlin Casaletto, of the Memory and Aging Center at the University of California San Francisco, said the research showed that thinking and remembering were both improved thanks to working out. Furthermore, improved synapses through exercise may be a key factor in keeping dementia at bay. 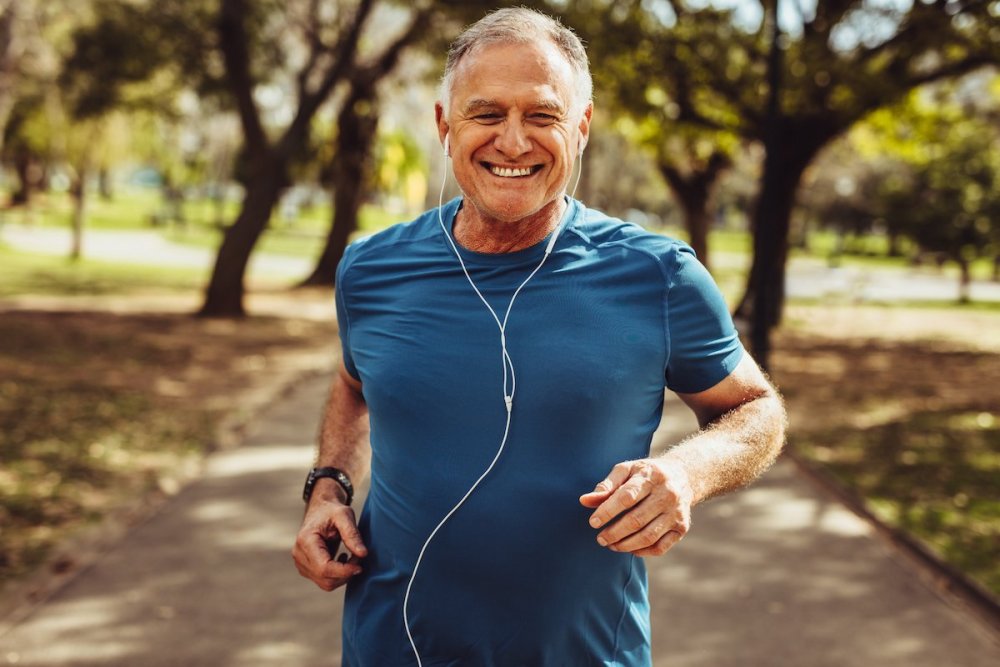 Fireproof coatings for surfaces are often derived from unpleasant chemical compounds that are not necessarily good for the wider environment. Nevertheless, scientists have come up with a non-toxic alternative that can coat flames, helping to prevent them from spreading if a blaze were to break out. The idea came from observing the way lava works when flowing from a volcano post-eruption. According to the Times of India, researchers at the University of Southern Queensland came up with the retardant which, it's hoped, will offer many future uses with much less impact on the global environment.

According to a press release issued by the United States Energy Information Administration, almost half of the country's electrical generating capacity will come from renewable, solar sources by the end of the year. Wind and battery-powered electrical production are set to account for about 12.7 Gigawatts of America's renewable electricity in 2022. However, it's now estimated that 46 per cent of the country's overall electrical generation will be from solar in the coming year. That's set to be 21.5 Gigawatts of clean, green electrical power each year by next winter.

5. Good news for those with dog allergies

Various news outlets around the world reported the news that Japanese research may have come up with a cure for dog allergies. People who would like to own or pet a dog but who have allergies are often forced to steer clear of them. However, scientists at the University of Osaka claim to have identified the 'epitomes' – molecules that cause allergic reactions – that are found in dogs. This means vaccination therapies have become a distinct possibility in the near future, good news for all dog lovers, whether they're allergic or not. 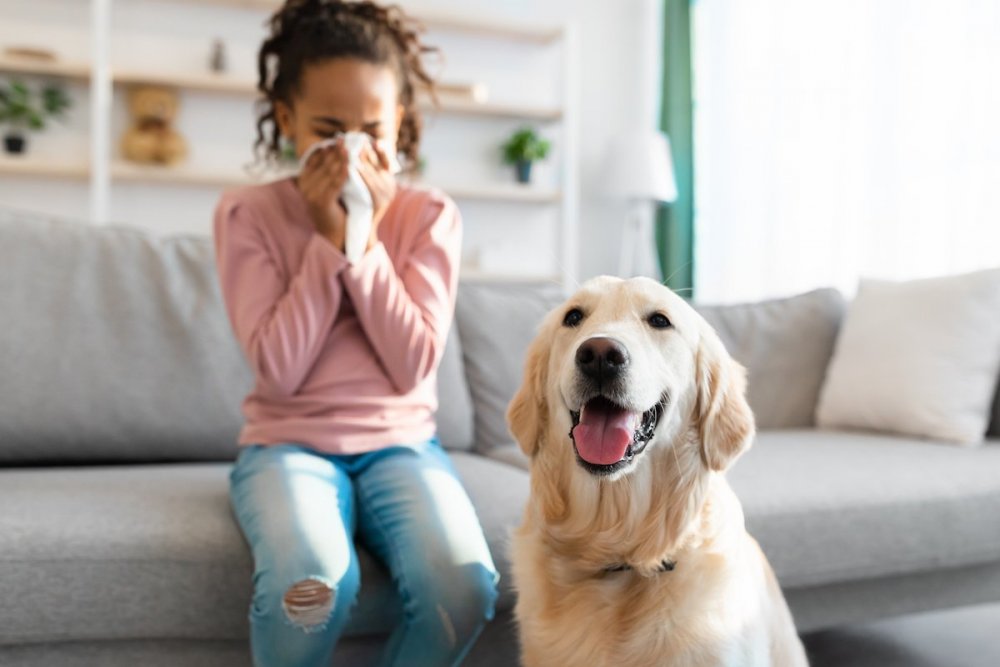 Could this be the end of dog allergies? shutterstock/Prostock-studio

A report published by the BBC stated that marine explorers had found a large and previously undiscovered coral reef close to the island of Tahiti in the South Pacific. A team from the United Nations Educational, Scientific and Cultural Organization was responsible for the discovery. The coral reef is deeper than others that are known about, too, suggesting that there may be other such ecosystems hidden elsewhere. According to one of the divers who was involved photographing the reef, the structure of the corals is very uniform, making it appear like a giant marine sculpture, as well as a natural habitat.

It's long been known that lifestyle can play a big part in obesity issues. However, this is only a part of the story because genetics can also impact on how large, or not, someone will become, regardless of their diet and exercise regime. A report in Western News, the news outlet of the University of Western Ontario stated that a gene called Pannexin 3 is the one that seems to impact on obese people the most. Researchers there found that the gene was crucial in the production of adipose fat cells of the body. It's now hoped that a pharmaceutical treatment can be developed to suppress the gene, something that should allow obese people to lose weight more easily and maintain a healthier weight afterwards.

8. Psychoactive mushrooms found to be safe

A report published by Sky News stated that so-called 'magic' mushrooms are safe to use for certain mental health conditions, such as depression. There have been numerous studies into magic mushrooms and their effectiveness, or otherwise, in treating such conditions. However, until January, there was very little research to say whether such treatments were safe or not. According to the study conducted at King's College London, relatively low doses of the mushrooms – either 10mg or 25mg – are safe to use when they are issued by trained therapists. It's now hoped that a new treatment pathway for people with post-traumatic stress disorder will be possible based on mushroom consumption. 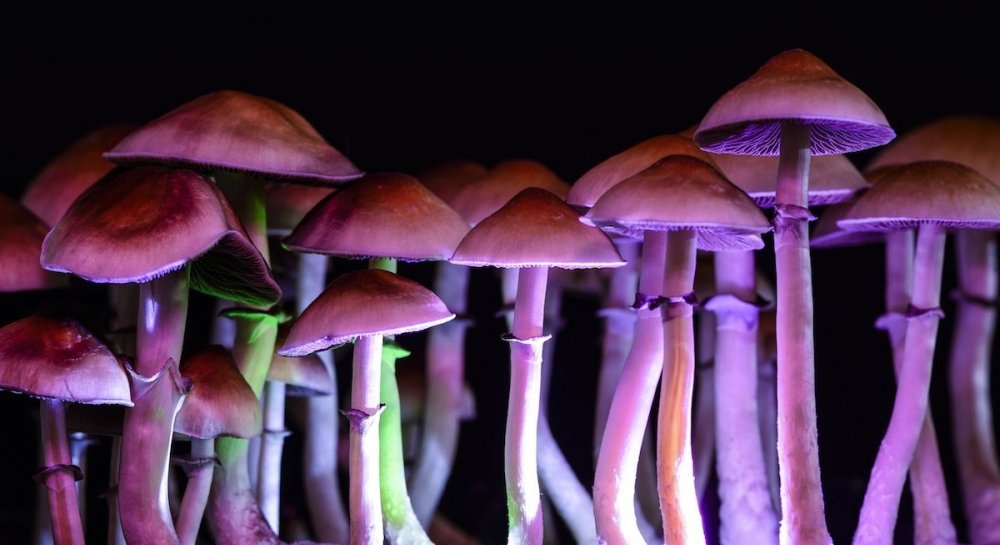 Magic mushrooms could be used to treat depression shutterstock/anitram

Food packaging is often made from unsustainable materials that do not decompose safely. However, where eco-friendly materials are used, food can often age more quickly than would otherwise be the case. In turn, this can lead to greater levels of food waste. To overcome this conundrum a team from Harvard and the Nanyang Technological University have come up with a new material that seals foodstuffs off effectively, making it safer to east and longer-lasting. It will also biodegrade  good news for the environment. A report in the Daily Mail stated that antimicrobials are also released by the material, helping to keep harmful bacteria at bay.

According to CNBC, Triton Knoll – the planet's biggest offshore wind-powered electrical generation farm – will be at full capacity soon. The farm first started producing electricity in 2021 but will be able to produce enough energy to power up to 800,000 homes in the near future. A total of 90 wind turbines will soon be in use, capable of producing up to 857 Megawatts of energy. The farm is located in the North Sea off the coast of Lincolnshire, UK.  •