Recent studies suggest that experiencing nostalgia about our past can make us happier and more resilient during times of stress. By JILL SUTTIE on behalf of Greater Good Science Center

I often find myself nostalgic for days gone by – especially my young adulthood. Thinking about days when I could go backpacking with a friend on a moment’s notice or dance the night away at my wedding, without the constraints of child care or a limited energy supply, gives me a bittersweet feeling – a mixture of joy, sadness and longing.

While I find nostalgia pleasant overall and even inspiring, doctors and psychologists did not always consider it a good thing. Staying “stuck in the past” was often associated with being unable to adjust to new realities, like when soldiers were nostalgic for their faraway homes and experienced loneliness and dread. Not that long ago, some considered nostalgia to be a mental illness, akin to melancholy, which could lead to anxiety, depression, and sleep disorders.

But more recent findings on nostalgia suggest it can be good for us, increasing our well-being, making us feel connected to other people, and giving us a sense of continuity in our lives. And it seems to come on naturally when we need to weather life’s difficulties. Rather than being a problem, nostalgia can help bring happiness and meaning to our lives.

Here are some of the ways nostalgia can benefit us, according to science.

Nostalgia about our past often includes recalling important people in our lives – people who cared about us and made us feel like we belonged. Certainly, my own nostalgic musings are centered around times when I was with the people and places I love. So, it’s not too surprising that recalling these special times would make us feel more connected to others, in general.

In one study, researchers found that people who were asked to write about an event from their past that made them feel “sentimental longing for the past” felt loved and supported, and this, in turn, helped buffer them against loneliness. Another study found that when people felt nostalgic about times in their lives when they interacted with members of an “out-group” – for example, teenagers recalling fun times with older adults – they felt less prejudice toward that group. 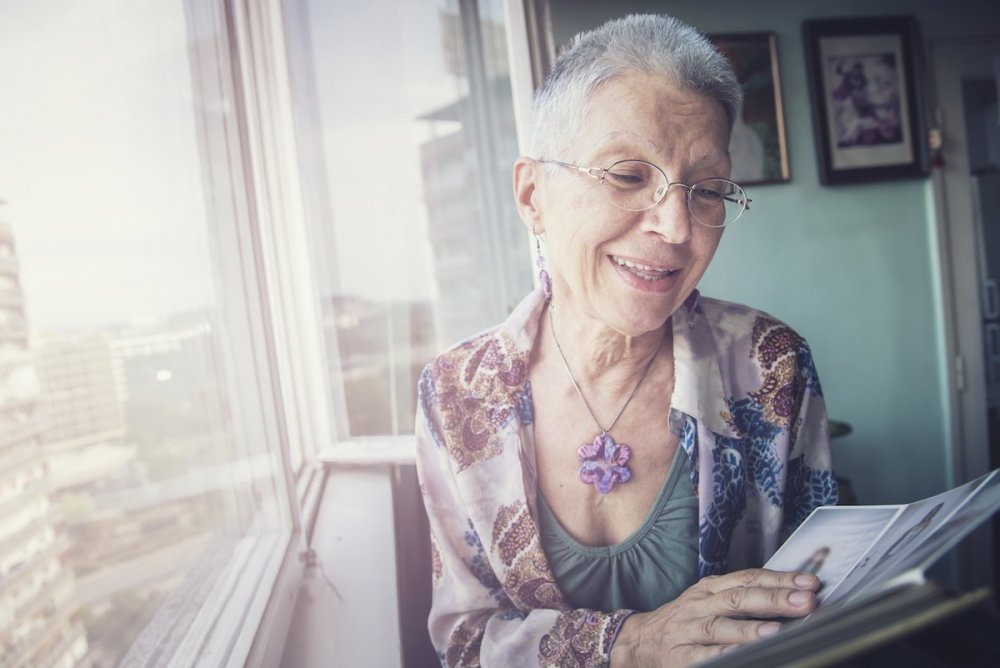 Nostalgia also seems to help us maintain our relationships. For example, one study found that inducing nostalgia helped people feel more optimistic about relationships in general and more willing to connect with friends. Another study found that when induced to feel nostalgia, people (especially those who find connecting with others easier) felt more able to offer emotional support to the people in their lives.

A sense of meaning in life involves knowing that your existence matters and that your life has coherence or purpose. It’s something we all strive for in one way or another.

Fortunately, research suggests nostalgia can be an important resource for increasing meaning, by highlighting central moments in our lives and giving us a sense of continuity.

In one study, researchers compared nostalgia to two seemingly related forms of thinking about one’s life: recalling a positive past event or imagining a desired future. Focusing on an event that made them nostalgic led people to feel their lives had more meaning compared to imagining a desirable future. And, compared to both other reflections, feeling nostalgic reduced people’s need to search for meaning in their lives – they already felt life had meaning.

“More recent findings on nostalgia suggest it can be good for us, increasing our well-being, making us feel connected to other people, and giving us a sense of continuity in our lives.”

In another study, people either listened to music that brought them back to a particular time or read lyrics to old songs. These nostalgic activities not only made them feel loved and socially connected but also increased their sense of meaning in life. And, when people read an essay that encouraged them to think that life had no meaning – which said, “There are approximately 7 billion people living on this planet. So take a moment to ponder the following question: In the grand scheme of things, how significant are you?” – they naturally turned to feelings of nostalgia for relief from that sense of meaninglessness.

RELATED: How to find meaning in life – 7 strategies

These findings and others suggest that nostalgia not only heightens your sense of meaning in life, but can act as a buffer when you experience a loss of meaning. And it may help you move forward in life, too. As one study found, nostalgia can increase your motivation to pursue important life goals, because it increases meaning – not just because it puts you in a better mood.

3. Nostalgia can make us happier

Though it does seem to do just that – to boost our mood. Even though nostalgia is by definition a blend of positive and negative emotion, the positive tends to outweigh the negative, meaning we feel happier overall.

In one very recent study, 176 university students were randomly assigned to a six-week nostalgia program where they were asked weekly to write about a past event that brought on “a sentimental longing for the past” (while a control group wrote about past events that were ordinary). Afterward, they reported on their levels of positive and negative emotions and how much the writing provided a sense of social connection, meaning or connection to their past self. At different points in time, they also reported on their life satisfaction, feelings of vitality and well-being. 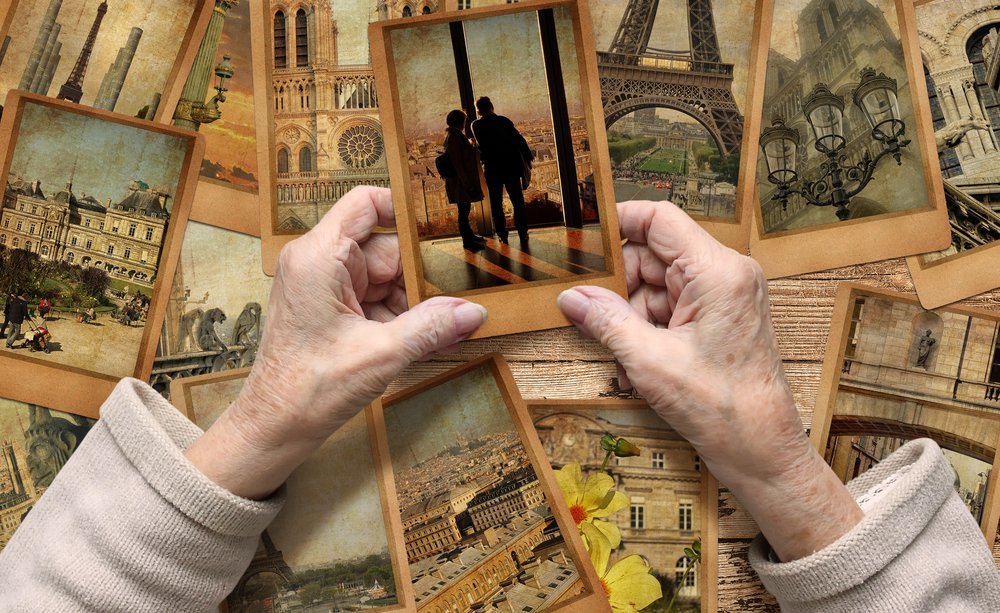 The researchers found that nostalgia was generally beneficial, leading people to experience more positive emotions, life satisfaction, and well-being, as well as fewer negative emotions – at least three weeks into the program. These benefits mostly disappeared after that – except for people who started the experiment already engaging in nostalgia regularly. For them, going through the nostalgia program brought them greater life satisfaction and fewer negative emotions up to a month later, possibly because the program was a better fit for them.

A lot of the benefits on happiness may be connected to nostalgia’s effects on social connection and meaning. But it could also be that nostalgia helps us see ourselves in a truer, more authentic light.

4. Nostalgia puts us in touch with our authentic selves

When thinking nostalgically about our past, we are the prime protagonists in our own life stories. Perhaps because of this, nostalgia helps us to see our lives as continuous and coherent, providing us with a sense of authenticity.

The researchers also studied how threats to one’s sense of self might make people engage in more nostalgia. Half of the participants read this text: “Many people feel that they have two sides to themselves. One side is the person that they show to other people; the other side is their true self – that is, the person who they truly are deep down.” Then, they wrote about times in their lives when they’d found it hard to reveal their real selves to others. The other half of the participants wrote about their daily routines and when those routines were disrupted. Then, both groups reported on their positive and negative emotions, as well as feelings of nostalgia.

“Many studies have found that nostalgia seems to protect people from negative mind states, bringing about a kind of emotional homeostasis.”

Findings showed that people who focused on threats to their self-concept experienced more negative emotions, and in turn felt more nostalgic. This suggests that nostalgia helps put us in touch with our “real selves” and protects us against threats to our authenticity.

Perhaps for this reason, engaging in nostalgia can lead to personal growth. At least one study found that feeling nostalgia made people feel more positively about themselves, which, in turn, made them more open to experiencing new things, expanding their horizons and being curious – all signs of psychological health.

5. Nostalgia may help people who feel disillusioned or depressed

Perhaps because of these potential benefits, people tend to engage in nostalgia when they are feeling down, lonely, or disillusioned. Many studies have found that nostalgia seems to protect people from negative mind states, bringing about a kind of emotional homeostasis.

Of course, that doesn’t mean that nostalgia is always good or can’t have a downside. If nostalgia makes us spend too much time thinking about our past, it may prevent us from recognizing the joy in our lives right here and now. And, since we tend to engage in nostalgia when negative things occur, it could become an avoidance strategy that keeps us from dealing with present problems in more effective ways.

Encouraging groups of people to feel nostalgic could also have negative consequences. For example, one study found that nostalgia made people more likely to believe political claims, regardless of their veracity. Inducing nostalgia could be an advertising ploy used to affect consumer behavior, which could lead to poor choices, too.

Still, chances are that nostalgia is more a blessing than a curse, and a winning strategy for feeling better about ourselves. It can increase our connection to others, our sense of meaning in our lives, our authenticity, and our happiness. So, why not tune into nostalgia now and then? It may just help you meet the challenges of the moment. •

Conscious breathing: what is it and how do we benefit from it?

Is it possible to relieve stress, improve heart health and reap other benefits just by regulating our breath? Sonia Vadlamani explains how conscious