There were many feel-good health and environmental stories in the press in February.
Ed Gould rounds up his Top 10 from the past month to uplift and inspire you.

During February the situation in Ukraine rightly dominated the news headlines. However, there were also many positive news stories flying under the radar. In case you missed them, here's a recap of some of the uplifting stories that offer us some hope for the world in these difficult times.

Plastic may be a versatile material that we all use every day. However, single-use plastics are becoming increasingly unpopular. While the British supermarket, Tesco, announced in February that it would ban single-use baby wipes from its stores if they're made from plastics, a global survey reported most people would prefer to do away with them completely. Indeed, according to Reuters, three-quarters of people around the world back the banning of single-use plastics, something that more shops, manufacturers and governments are likely to take notice of.

Few people truly appreciate that a healthy diet is great for their well-being. However, unless they suffer from a particular condition that is affected by dietary intake, the results of adopting a healthy food lifestyle can be quite intangible. But, according to a report by CNN, doing so may be much more beneficial than we had first thought. This is because a new scientific study in the US has discovered that healthy diets can add as much as 13 years to the human lifespan. That's an astonishingly good result for eating more broccoli and avoiding convenience foods! Discover more about good mood foods that can boost your happiness and improve your mental health.

3. Long Covid symptoms can be improved with mindfulness

In an article written by Susan M Pollak, a clinical instructor at the Harvard Medical School, and published in Psychology Today, it has been suggested that long COVID sufferers could benefit from adopting mindfulness techniques. According to Pollak, the idea is that long COVID symptoms tend to revolve around an abnormal immune response that has been linked to increased inflammation. Given that mindfulness has already been shown to be beneficial in helping people dealing with inflammation, Pollak suggests that it's offered to those living with long COVID as a viable treatment pathway. 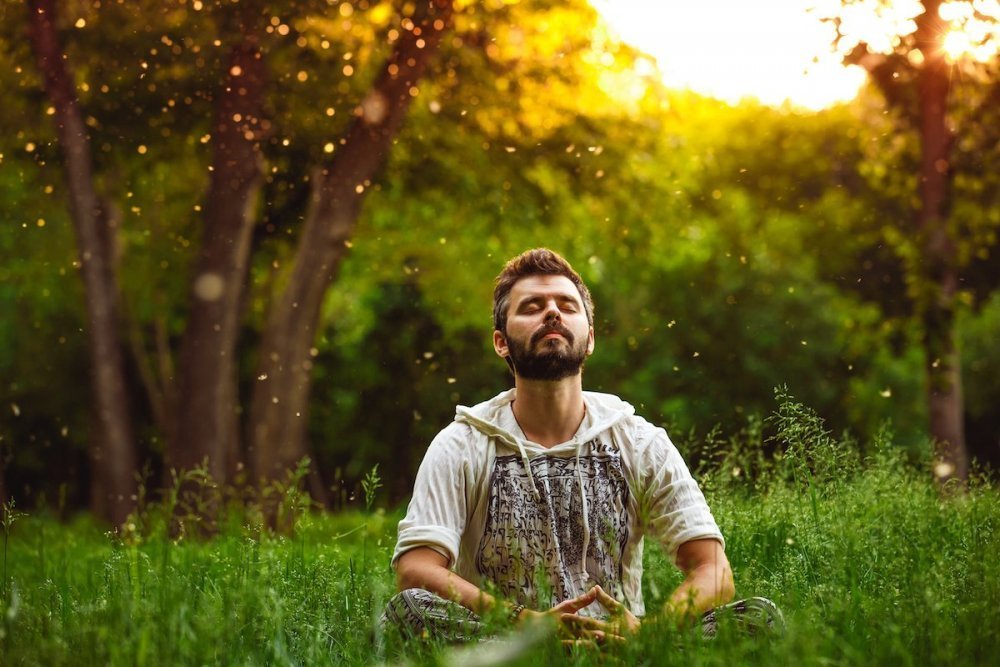 Mindful behaviour could help those with long COVID shutterstock/maxpetrov

According to a report in Bio News, stem cell researchers are now deploying the power of sound waves to help them promote create better bone growth. It's hoped that the new technique will help people with certain degenerative diseases as well as cancers that affect the normal regeneration of bones. The work was pioneered at the Royal Melbourne Institute of Technology in Australia and uses high-frequency sound waves to trigger change responses in stem cells that go on to promote growth.

• JOIN US! Sign up to learn more about meditation and mindfulness •

According to the official news outlet of the Massachusetts Institute of Technology, a team of researchers there, along with Chinese colleagues, have come up with an inexpensive way to turn salt and wastewater into drinking water by removing impurities with little energy. The availability of fresh water is a big problem for people, livestock and crops in many places. This new system uses passive solar energy to remove salt from water through natural convection. It's hoped the method will soon help people to recover usable water from numerous sources without having to rely on man-made energy sources.

A PhD student at the University of Pittsburgh, Sarah Aghjayan, has published a paper that suggests aerobic exercise, even if it isn't conducted for very long, is good for memory function in later life. The research shows that people who exercise frequently, even in short bursts, are more likely to be able to better remember things as they age. According to a press report about the findings in the i newspaper, the effect is most noticeable in people in their late-50s and early-60s but even older people also get a benefit, too. Aghjayan reckons that anyone who exercises about three times a week for anything from 15 to 50 minutes should benefit from improved memory function when they reach their late middle age. 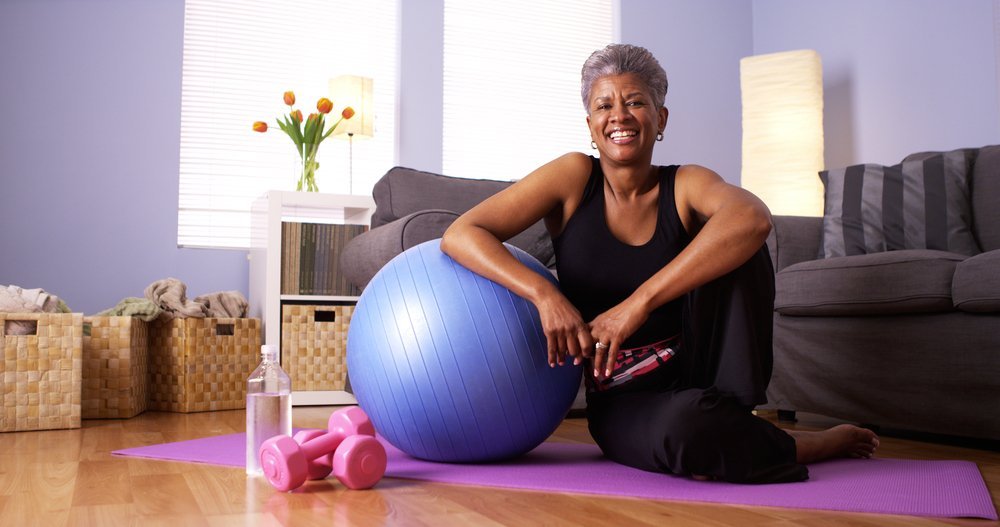 It has long been known that mindfulness-based stress reduction (MBSR) has a wide range of health benefits, but a recently published study focussed on its particular properties with respect to migraines. So-called episodic pain from these types of headaches is common among migraine sufferers. What the researchers found was that the mesocorticolimbic system function was improved by motivated behaviour, the sort of thing that happens during an MBSR meditation session, for example. A 12-week long programme of MBSR practice was compared in a trial. Fewer headaches were reported in that time among the group who took part compared to those who did not.

Simply placing plants under red filters when they're grown in greenhouses leads to crop yield increases of over a third, it has been discovered. Red spectrum light means that plants tend to put more energy into the production of chlorophyll, something that results in more growth. Scientists in Australia believe the discovery will mean more and more greenhouse producers will turn to reddened glazing as more crops per hectare can be produced, lowering costs and helping to feed the world more productively, too.

9. Whaling to come to an official end in Iceland

Very few countries still hunt whales since a moratorium was brought in among the majority of seafaring nations in the 1980s. That said, a once significant country for commercial whaling has long-continued with the practice. However, in something of a sea change, Iceland has decided it will no longer allow whaling vessels to ply their trade from its ports. The change in the law is due to take effect as soon as 2024. According to reports in the Guardian, this is because its chief market, Japan, is demanding fewer and fewer imports of whale meat. Only Norway and Japan will still allow whales to be hunted commercially. 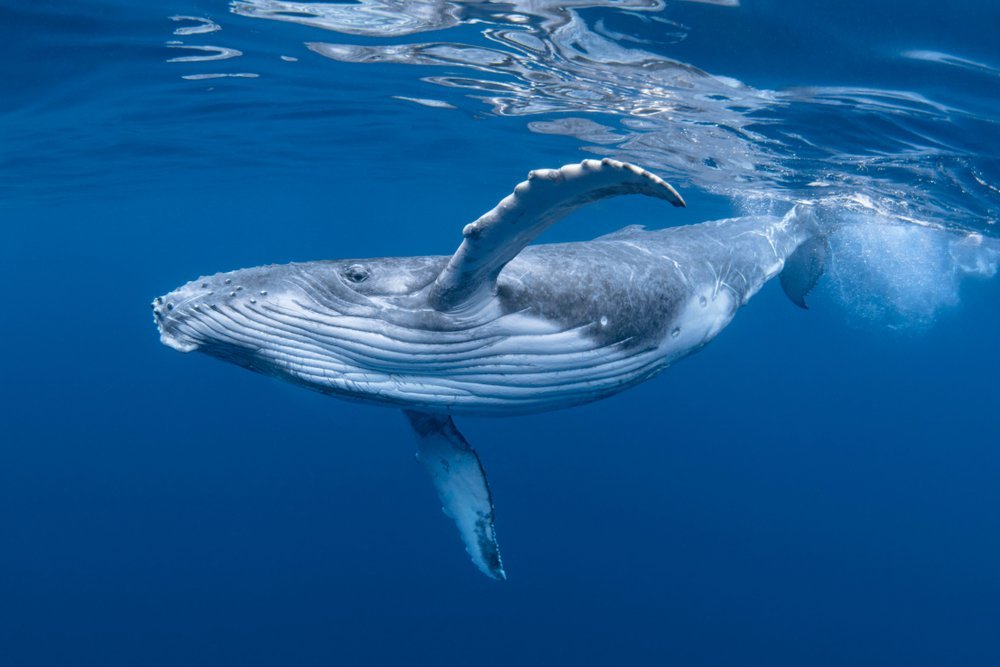 According to a report in Technology Networks, the levels of magnesium people have in their bodies plays an important part in the way their immune response functions. After calcium, magnesium is the second most abundant positively charged ion in the body. This means that it can help to support numerous enzymes, some of which play a vital role in helping our bodies' immune systems to work properly. Work at the University of Basel and the department of medicine at the University of Cambridge is ongoing but early indications seem to demonstrate that all sorts of diseases, including cancer, can be warded off by consuming supplements with magnesium in them. Natural foods like almonds, milk and fish can all assist with magnesium intake, too. •

Why we should all start embracing the unknown

Many of us tend to shy away from the discomfort of uncertainty. However, as psychologist Stanislava Puač Jovanović explains, embracing the unknown

Science says that showing kindness to others benefits both the receiver and the giver. With that in mind, Calvin Holbrook shares some great ideas for

The 4 signs that distinguish feeling blue from depression

We all feel blue sometimes but how do you know if it'll pass or you're actually in a deep depression? Dee Marques explains the four key things that