I love my husband and my son. But I never expected that they would be practically my only companions for seven months in a row.   Since COVID hit, we’ve been cooped up at home together, barely going out of the house except for groceries and exercise. I’ve not hugged another person besides them; I’ve barely even seen other people, actually, except for a few close friends.


Though I appreciate that I’m not living alone, as others are during this pandemic, I’m still getting tired of the claustrophobic feeling of only interacting with the same two people day after day. I miss freedom of movement and the people I’d bump into — the woman who manages my office building, the counter-person at my favorite lunch place, and even just smiling strangers I once passed on the street. It feels like a loss — and research suggests that it really is, for many of us.


Those small, passing social interactions we have with acquaintances or strangers — what social scientists call “weak social ties” — do make a difference in our well-being. We get a little hit of happiness when we connect with those folks, and it helps us to feel part of our community. Moreover, over time, some weak ties can become stronger — and when the pool of strangers who can become friends shrinks, we can experience a feeling of stagnation. 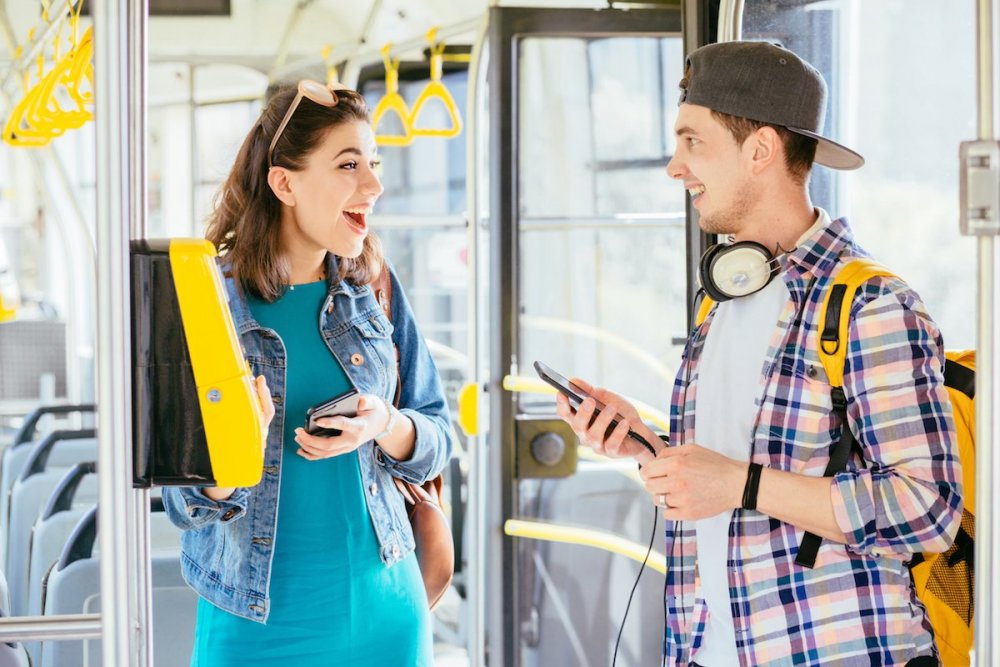 Interactions with strangers are good for us


“We have a need to belong, and I think we get more of that than we realize from all the other people in our lives — the people we see when we’re out in the world,” says researcher Gillian Sandstrom.


While the virus may have made it more difficult to connect with people outside our pods, there are still ways to build on and enjoy these connections. First, though, we must recognize their importance so that we are willing to take the extra measures to nurture those peripheral ties in a safe way.

The role of weak ties in our lives

Researchers believe that weak ties serve many important functions. They stabilize our social networks, allowing us to be more resilient when our communities are stressed. They can expand our opportunities to find work, meet potential mates, attain difficult-to-find items, and more. They also help us to learn from people who have different viewpoints, at least if we can diversify the people with whom we connect.


Researcher Karen Fingerman notes that weak ties offer stimulation and novelty, which is something you won’t get as often from people you know well. They can also be a source of comfort, as in when you go to the pharmacy and know the pharmacist or converse regularly with the clerk at your local market.


For older people, connecting with weak ties is associated with more mobility, says Fingerman, which may be one reason that having an expanded social network is tied to better health, too.

“Those small, passing social interactions we have with acquaintances or strangers — what social scientists call 'weak social ties' — do make a difference in our well-being.”


One study found that the number of social roles people had above and beyond their intimate relationships, such as being an employee or a volunteer, contributed to better lung health. In another study, people had greater longevity if they had a larger number of weak social ties, independent of whether or not they had close, intimate ties.


In terms of everyday life, people are happier and feel more life satisfaction and sense of belonging when they interact with people they don’t know well. In one experiment, Sandstrom had people carry around two clickers for six days over a two-week period to keep track of when they interacted with either a weak tie or a close tie. Then she asked them about their mood, happiness, satisfaction with life, and sense of social support and belonging before and after.


She found that those who’d had more weak-tie interactions, independent of interacting with people they knew well, tended to be happier and more satisfied with their lives. She also showed that people’s moods improved after interacting with a stranger, too, suggesting that extroverts aren’t the only ones who benefit.


“If you have more weak-tie interactions on a given day than you usually do (compared to your personal average), you tend to be happier on that day, and you also have a greater sense of connection and belonging,” says Sandstrom. 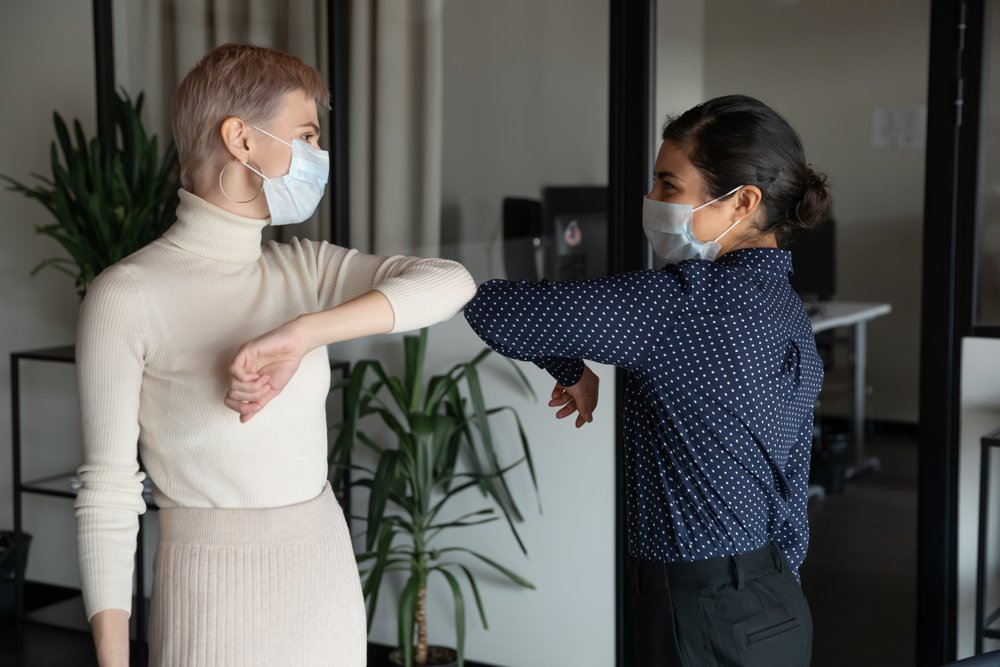 Continuing to connect in the workplace shutterstock/fizkes


Unfortunately, people often undervalue weak ties, she says. In another study, people about to board a commuter train or bus (notoriously unsocial settings, where most people avoid eye contact) were asked whether or not they’d enjoy interacting with a stranger during their commute. Then, they were randomly assigned to either start up a conversation, sit quietly, or do “whatever they normally do” while commuting. Those who interacted with a stranger were happier, enjoyed their commute more, had more energy, and had no drop in their productivity — whether they expected to enjoy it or not.


Sandstrom thinks that people tend to forget how good it makes them feel when they talk to strangers. They worry conversations could prove awkward or embarrassing… especially if there are long silences. Or, she says, some people are concerned that talking with a stranger will lead to more closeness than they really want.


But in normal times, these concerns shouldn’t stop people from reaching out, she says.


“There’ve been so many studies where I’ve had people have a conversation with a stranger and they always go better than people think they will,” she says. “All the things they worried about didn’t actually happen.”

How to maintain loose ties during a pandemic

Of course, now that COVID has hit, we can’t just expect people to go out and interact with strangers in the same way. In fact, Greater Good created a video to encourage small talk with strangers as a happiness practice (below), but decided to hold off on releasing it as a standalone video until after it’s safer to take public transit and talk to random strangers.


However, even if opportunities for real-life interactions have become more limited, there is evidence that weak ties can be facilitated online. Recently, Sandstrom has been studying online meetups with strangers and finding that participants are reacting pretty much the same way as they did pre-COVID. After talking to a stranger online, people feel less lonely, more trusting in others, and better about the world.


“It was a really lovely thing to be working on during COVID and facilitate some positive conversations between people,” she says.


People interested in connecting online during COVID can sign up for Quarantine Chat, an app that connects you with a stranger anywhere in the world. It’s free, and it doesn’t allow you to “swipe left or right”; so, it really is about conversing with random people just for the pure pleasure that brings.


Fingerman recommends a program called Big & Mini, which matches younger and older people who want to have companionship with someone of another generation. One of the organization’s goals is to help stave off loneliness and build community across generations — something that research suggests is good for our well-being.

“In terms of everyday life, people are happier and feel more life satisfaction and sense of belonging when they interact with people they don’t know well.”


But, if programs like these don’t interest you, there are other ways to augment weak ties. Sandstrom notes that neighborhood WhatsApp groups have been gaining in popularity, allowing people to check in with neighbors and share information or company. There are multiple gaming sites that allow people to play with people they don’t know. And there are always online workshops or classes that can provide some socialization between strangers. Many real-life communities, like parenting groups or choirs, moved to online meet-ups after COVID.


While interactions like these can help stave off loneliness, build social trust, and bring little doses of happiness, that doesn’t mean we can only connect with our weak ties online, says Sandstrom. Now that many of us have some more freedom of movement, we can connect with people we don’t know well while wearing masks and keeping a safe distance (at least six feet apart, according to most recommendations) — maybe sharing small talk in line at the grocery store or nodding as we pass people on the street. It just takes looking up from our devices — and then making an effort. Fortunately, she adds, it’s easier than ever to strike up conversations with strangers.


“We’re all going through something together, something we have in common,” she says. “With so much uncertainty around the pandemic, we all want to know how people are doing, how they’re coping, and if they have any good ideas around handling the challenges.”


Sandstrom also recommends practicing more gratitude as a way of building social capital. She recounts a story of her mother running out from her house, mask on, to thank her garbage collector for picking up the trash before he drove past. Showing appreciation for people in our community and not taking them for granted builds goodwill and a sense of benevolence, says Sandstrom, and we could all use more of that.


“Maybe this is an opportunity to think about how those people matter more and provide more meaning in our lives than we realized,” she says.

Happiness.com » Magazine » RELATIONSHIPS » How to keep connecting with strangers during the pandemic