Making new friends as an adult is easier than it appears. So, if you've ever said 'I have no friends', these six tips from Ed Gould will boost your buddy count and your happiness too.

The nature of friendship changes over time. When you’re a kid and at school, you learn how to make friends. Even if you cannot make long-lasting friendships, you learn how to get along with your schoolmates, for better or worse. I’m lucky enough to still have friends that I first met at pre-school, but I think that's quite unusual.


In fact, many people make their most long-lasting friendships in their teens when they start to be a little more discerning about what they get out of their relationships with their friends. The shared experience of school days certainly plays its part, but by the time you’re 15 or 16, you’re more likely to hit it off with friends who share your interests and passions.


However, making friends with new people once you’re in adulthood is undoubtedly harder. Indeed, a 2016 study from Finland found that we make increasing numbers of new friends up until the age of 25. After that, the numbers begin to fall rapidly, gradually decrease over the duration of a person’s life. But it doesn't have to be this way. So, if you’ve moved, lost friends for whatever reason, or feel isolated from your social circle because of differing lifestyles, then what can you do about it?

Feel you have no friends? Here's what to do

Life changes our friendships and you cannot maintain all those that you had in childhood. People drift away from one another when they don't see each other regularly (even if you have the knack of picking up successfully from where you left off). But the power of friendships is important: they can help maintain our mental and physical health.

Indeed, these days, scientific research has so much more to tell us about the damaging nature of loneliness. Of course, feeling lonely can impact on children as well as adults, but it certainly affects grown-ups who have a lifestyle that makes it hard to meet new people and make friends.


According to Harvard University, loneliness is a serious issue that should be regarded as a public health problem like STDs. In fact, having no friends could affect your physical health: a 2015 study found that having strong social connections boosts physical health, as you are less likely to be obese or be living with high blood pressure.


RELATED: Older friends – 8 reasons why everyone should have at least one age-gap friendship


Government research from the UK has found that 200,000 people there have not had a meaningful conversation with anyone for over a month. Indeed, most GPs see several people every day who are dealing with the symptoms of loneliness. According to MIND, loneliness can lead to mental health deterioration which, in turn, tends to make you feel more isolated.


Of course, this can result in a spiral of loneliness unless you take active steps to counter it. This is where knowing how to make new friends as an adult comes in as such a useful skill. So if you’re one of those people who’s ever said or thought ‘I have no friends’, here are some ways to bring new people into your life and feel happier.

1. Ensure you're open to new friends

If you think you have no friends then it's first worth considering why. Do you perhaps push people unintentionally or appear aloof? Do you make the effort to stay in touch with people? Are you always turning down invitations because you are nervous of social situations? Being mindful of your behaviour can be a good starting point.


It's true that as humans we let friendship opportunities pass us by every day: we can be too shy, too awkward or just unaware to grab them. Try to develop the courage to change that: learn to recognise potential friendships leads and follow them. For example, instead of just saying hi to your neighbour, invite them in or pop out for a coffee. Get served by the same person over and again at your local supermarket? Engage in conversation with them – you might have more in common than you think. Indeed, you’ll be surprised by how many potential friends there already are in your orbit! 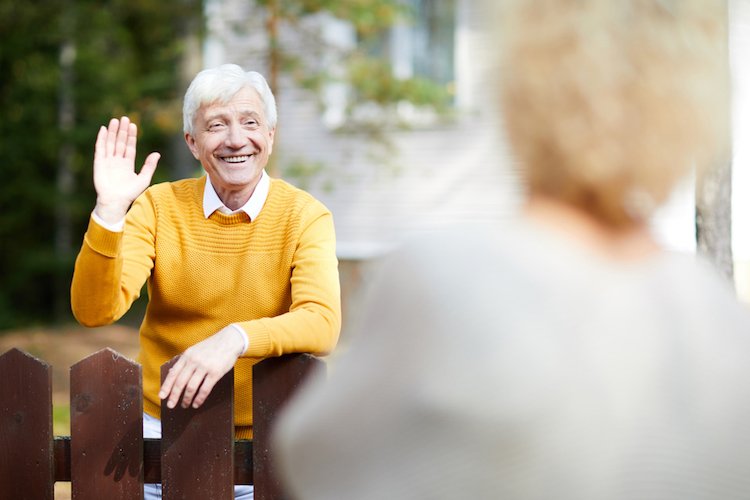 Don't sit on the fence! Chat to your neighbours © shutterstock/Pressmaster

Of course, in the combat against loneliness, you could always pick up the phone to an old friend you haven't made contact with for a while. Indeed, some of our oldest friends may be in a similar position and only too willing to rekindle a friendship. Don't remain aloof from old friends or turn down too many social invitations. However, this advice is not exactly the same as knowing how to make new friends as an adult, something that means putting yourself out there a little.

3. Use modern technology: the right way

If you feel like you don’t have any friends, there are plenty of apps and social media platforms that you can use to allow people to connect with one another, but you need to use the right ones and in the right way.  Twitter, Facebook and Instagram may be a way for people to self-promote and offer up details of the minutiae of their lives – and even been said to isolate people further – but there are some very different apps out there specifically designed to help nurture new friendships.

“If you think you have no friends then it's first worth considering why. Do you perhaps push people unintentionally or appear aloof?”


Hey! Vina is a good one for socially isolated mums, for example, as is Peanut. Huggle is another established social media platform that helps strangers to connect with one another, too. You could also create a social event on a platform like Facebook and invite your online acquaintances to meet up in person, a great tip for reconnecting with old friends as well as making new ones.

4. Volunteer or make friends at work

If you think you don't have many friends, one of the best ways you can make new ones as an adult is to mix more with people you work with. If you disappear quickly at the end of the working day or don't join for team lunches then you won't establish new friendships with people you could be genuinely hitting it off with.


Make time to socialise with co-workers and get involved with company events, even if it’s just a few drinks after work. If you're currently not working then you can find new friends by getting involved as a volunteer. In fact, the benefits of volunteering are many, and your work with other people will also be of benefit to society in some way. 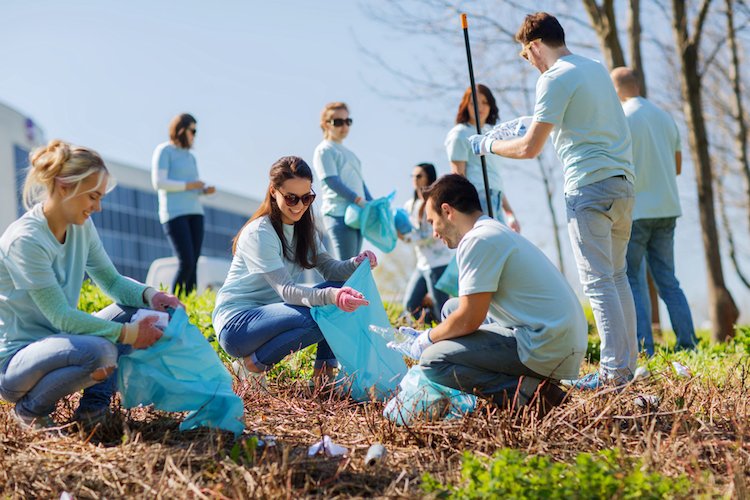 Volunteer and make new friends as an adult © shutterstock/Syda Productions

One thing that puts off adults making new friends is that they think it was easy in childhood and so will be difficult as an adult. Actually, often it really wasn’t, and it was only the shared experience of school that made those friendships come to be.


If you join a group, you will have a similar shared experience in which friendships can be formed naturally. Crucially, it doesn't matter what the group does or is for. Book reading, sports clubs, woodworking discussion groups and informal mums networks are all as useful as each other. Just pick something that you’re passionate about or interested in trying. According to Psych Central, finding other people like you is incredibly useful for fending off loneliness. You can always combine the previous tip and use technology: MeetUp is a great online resource to join groups in your local area.

According to the British Heart Foundation, walking a dog is not just a good idea for getting the blood flowing and releasing endorphins in your brain that leave you feeling more positive, it can help you make new friends, too. It suggests that you don't even need your own pet – you could borrow a dog from a family member or a neighbour, perhaps offering to take it for walks while they’re on holiday is a great start.

“Learn to recognise potential friendships leads and follow them. For example, instead of just saying hi to your neighbour, invite them in or pop out for a coffee.”


When you're out and about with a pooch, you're much more likely to get into conversations with other people, especially other dog walkers. Take your dog out at the same time so you bump into the same people regularly. You could even go one step further and join a dog walking group or set up your own!


If you don’t want to commit to getting your own dog or prefer not to ask your neighbours, consider signing up to a dog sitting/walking site such as Rover – one more benefit is that you could get paid for it, too!

Paws for thought: a furry friend can help you meet new people!

Summary: I have no friends

There are many ways for making new ones, no matter what your age is. It’s never easy to establish completely new friendships, especially if you’re naturally shy. That said, the effort is definitely worth it and many friendships forged in adulthood can be rewarding, both psychologically and in terms of sheer companionship.


So, if you’ve ever thought ‘I have no friends’, remember that you can turn things around, but the onus is on you to do it. Also, make sure you follow up regularly with the new people you meet to maintain the friendship: drop them a message to say you had a great time and suggest that you meet up again soon in the future. ●

Older friends: 8 reasons why everyone should have at least one age-gap friendship

As age gap friendships become increasingly common, Calvin Holbrook muses over the benefits older friends can bring to our lives and how they can

If you constantly feel dependent on others to help you navigate through life and make decisions, you may be emotionally dependent. Psychologist

Dealing with rejection: how to handle and master hurt

Rejection is painful, so how can we learn to deal with it better? From building up your self-confidence to remaining open, Ed Gould offers up some

The six keys to positive communication

Communicating better can help you achieve your goals and deepen your relationships. By JULIEN C. MIRIVEL on behalf of Greater Good Science

Discover the HAPPY token: our very own currency!

Start exploring the features on happiness.com and you’ll soon discover we have our very own internal currency – the HAPPY token – designed to

Unhappy at work? Here are the 6 things you need to find

If you're feeling unhappiness in your work life, there are six things you need to find. Dee Marques explores how you can achieve them,

8 ways to cultivate your authentic self

Authenticity can seem like a risky venture in the current screen-obsessed age, wherein we constantly strive to fit in and be accepted by others.

Happiness.com » Magazine » RELATIONSHIPS » Ever thought ‘I have no friends’? Here’s how to make new ones as an adult