Trust issues: the 7 signs you need to look for

Trusting a partner, friends or even the public isn't easy for some of us. If you're worried you or someone you love has trust issues, psychologist Stanislava Puač Jovanović explains the seven signs you need to look for and offers ideas on regaining trust and moving forward.

When you trust someone, you are placing your confidence into their hands. It is a vital human experience. Relationships — and entire societies — are based on essential faith that we will not be harmed.

However, confiding is not necessarily an easy thing to do. It is also not a given. Humans develop basic trust in the first months of their lives. It is maintained (or lost) during childhood and adolescence. Even as adults, we can acquire trust issues if we are exposed to severe betrayal.

Sometimes, trust issues are so deeply ingrained into our psyche that we do not even recognise having them. But if you've ever asked yourself “Do I have trust issues?”, this article will explain what they are, what signs to look out for, and how to overcome those difficulties in trusting others.

What are trust issues?

Trust issues are, simply put, difficulties in relying on something or someone.

In interpersonal relationships, when you trust someone, you feel that you can depend on them to do what they say they will. So, when you ask yourself: “Do I have trust issues?” elaborate and instead ask yourself: “Is it difficult for me to have faith that people will hold on to their word?” 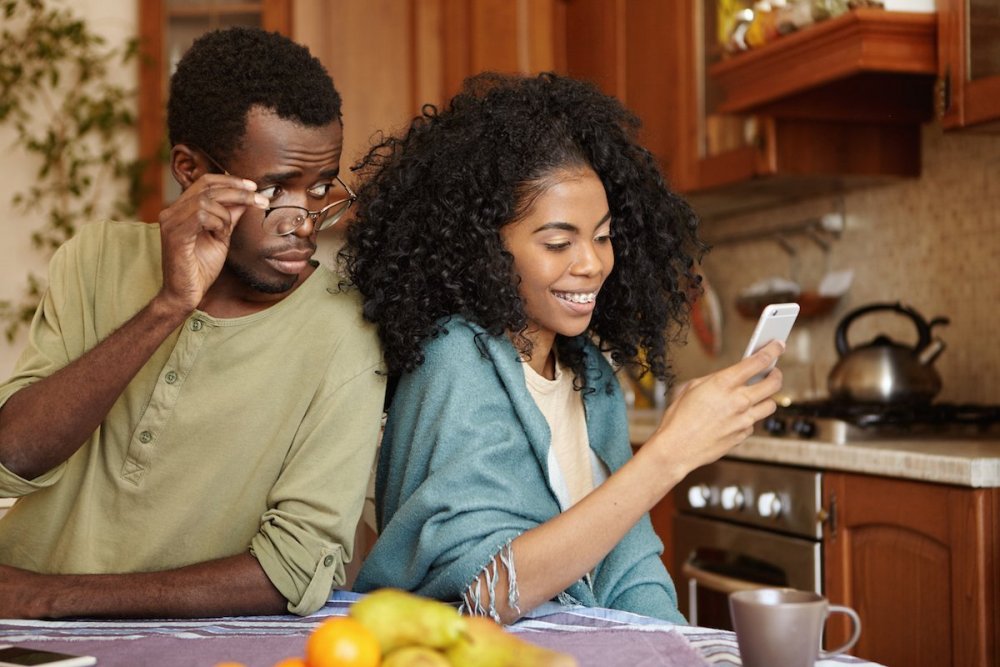 
Interestingly, according to the American Psychological Association’s dictionary entry on trust: “the key factor is not the intrinsic honesty of the other people but their predictability.” In other words, to have faith does not mean to be surrounded by trustworthy, honest folks. It is about predicting how they will behave. This aspect of trust is an important point when you are dealing with your trust issues, and we will return to it later on.

Now, if we said that basic trust in people is a vital human experience — how does it happen that some people end up with trust issues?

(Why) do I have trust issues?

Trust is a phenomenon that exists on a continuum. It is not warranted nor advisable to have faith in everyone and everything, of course. Some wariness is a natural, evolutionary response to the unpredictability of life.

However, when you have trust issues, you simply cannot relax around people. You expect to be betrayed, lied to, cheated on, taken advantage of — even by those closest to you. Such an unfounded and all-encompassing nature of the lack of trust is what qualifies it as a trust issue.

How do issues around trust develop?

No person is alike. Therefore, it is also not possible to state a single cause of trust issues. However, there are three main paths to understand their creation, founded in theory and empirical research.

The first is Erik Erikson’s work on life cycles. According to this great psychologist, psychosocial development occurs in stages. Starting with the birth until about 18 months of age, infants either acquire or fail to attain basic trust. When the primary caregiver (usually the mother) is responsive, consistent, and reliable, a sense of confidence in others develops. A failure at this stage, conversely, results in mistrust that bleeds into every later relationship.

“When you have trust issues, you simply cannot relax around people. You expect to be betrayed, lied to, cheated on, taken advantage of — even by those closest to you.”


Another theoretical explanation is the attachment and attachment styles proposed by John Bowlby and Mary Ainsworth, respectively. Attachment is formed during early childhood, based on the experience with the primary caregiver and other family members. These early interactions form a blueprint for our subsequent way of relating to others. Trust issues characterise insecure attachment.

Finally, even if you were once a trusting person, a traumatic experience in adulthood could make you start distrusting others. Whether you were exposed to violence, psychological or sexual abuse, severe betrayal or disappointment, such experiences could leave a psychological scar and change you.

Signs you may have trust issues

As we suggested above, trust issues can be thoroughly hidden from your immediate awareness. They potentially developed when you were as young as a few months old. So, trust issues could feel like your part of your nature, not like 'issues' as such.

They can be your defence mechanism — by definition, not conscious.

So, if you still hear the voice in the back of your mind asking: “Do I have trust issues?” here are seven signs to look for which may suggest that you do.

1. Being overly suspicious of others’ good intentions

Trust issues are equal to being excessively wary. Your mind is working under the assumption that people will harm you. Therefore, it might be difficult to accept kindness and gestures of affection for what they are. Your thoughts immediately search for the “real” reasons and ulterior motives behind such actions.

Trust also affects how couples communicate, as a study confirmed. When you doubt your partner’s intentions, you are likely to pick fights. When you argue, you focus on the negatives instead of your strengths as a couple. The history of your romantic relationships could reveal a pattern of dysfunction, drama, on-again-off-again kind of affairs.

When you have trust issues, you could also be prone to developing psychologically unhealthy codependent relationships. 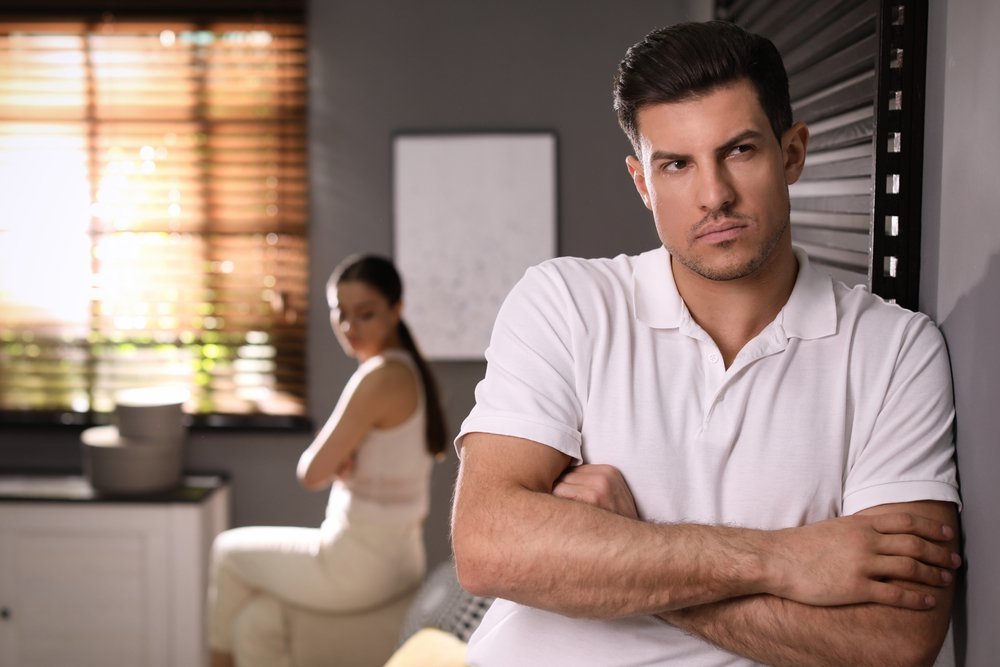 3. A lack of profound closeness and openness

Research has revealed that trust is tied to love and the intimacy of self-disclosure. The opposite is also true. It is only logical — when you expect people to betray you, you are unlikely to share information with them. You could be avoiding affection altogether. Nonetheless, mistrust robs you out of the opportunity to experience close, deep relationships.

4. All-round belief about people being deceptive

Trust issues are usually most visible in romantic relationships. However, you might also have an overarching conviction that all people are dishonest and unreliable. Therefore, any social interaction is a cause for mistrust. For example, you buy your groceries and always double-check the change. Teamwork for you means expecting your coworkers to backstab you. In friendships, you are mostly secretive. Trust issues make you walk the world expecting to be double-crossed.

5. Inability to forgive and forget

It might seem as if trust issues have kept you safe from harm. In reality, they have caused much more damage than good. Still, you feel that mistrust protects you. Such an impression is particularly likely if you developed trust issues after an adult traumatic experience.

If you ever let someone get close to you, chances are, you will be overly sensitive to any hint of treachery. And, if they do end up hurting you, you probably would not be able to forgive and let it go. Indeed, forgiveness and trust are complexly intertwined. For those struggling with trusting people, granting forgiveness can be incredibly challenging.

According to one study, some people are highly motivated to acquire relationship-threatening information. They yearn to find out if others indirectly harmed them. Such individuals also exhibit paranoid thought patterns and act out their suspicion.

However, no one likes that. As a result, others socially reject highly distrusting people because they anger them.

Another study found that high mistrust leads to a greater chance of a break-up of romantic relationships in a matter of months.

According to Aaron Beck, a renowned psychiatrist and theoretician, depression goes hand-in-hand with a depressive cognitive triad. In its simplest, the triad means that people prone to depression will have negative beliefs about others and the world, their future, and themselves.

“It might seem as if trust issues have kept you safe from harm. In reality, they have caused much more damage than good.”

Trust issues make you wary of others and consider them corrupt. The future could look bleak when you expect to be lied to and taken advantage of. Finally, when you are lonely and often rejected for your mistrust, you could also see yourself as being faulty. Therefore, emotional disturbances, starting with depression, could come from your inability to trust others.

As explained, trust exists on a continuum. At this point, that means that some people will be able to overcome their trust issues with some soul-searching and support from friends or family. For others, contacting a psychotherapist or a counsellor might be necessary.

What are the steps you can take on your own to deal with trust issues? Mostly, it is about changing your perspective and strengthening the ability to handle the uncertainty of relationships.

Perhaps you started reading this article with a question – “Do I have trust issues?” At this point, you might have a better idea if you do. But this is not enough. You ought to work on overcoming them.

It will not be an easy road to travel. Trust issues grew in your mind to protect you from maltreatment. You feel that they have kept you safe.

Yet, what they do is rob you out of your chances of a spontaneous, free life. You will miss out on everything a fulfilling relationship can give you — inspiration, support, joy, understanding. It is now within your reach to change that. Make the first steps towards a rewarding experience of letting others in. •
Main image: shutterstock/WAYHOME studio

Compersion: what's the definition of this unusual emotion?

Do you think you could ever feel joyful and happy for a partner if they told you they'd actually had sex or flirted with someone else? Dee

Tough love: what is it and does it work?

Showing someone 'tough love' means being firm with them in a way that should help their well-being. But does it actually work?

Happiness.com » Magazine » RELATIONSHIPS » Trust issues: the 7 signs you need to look for