A new book explains six keys to learning that can help anyone overcome barriers to success in school or in life. By Jill Suttie on behalf of Greater Good Science Center.

Recently, a close friend’s niece was having trouble graduating from college. She needed to pass a math class to graduate but wouldn’t take it because she feared flunking it. A belief that she just wasn’t “good at math” was keeping her stuck in graduation limbo, unable to move on with her life.


I know my friend’s niece isn’t the first person to be cowed by a math course or some other seemingly insurmountable barrier to success. Maybe someone gave you the message that you weren’t talented enough to succeed in a particular field; or you just didn’t have the confidence to persevere when you struggled.


Now, a new book, Limitless Mind: Learn, Lead, and Live Without Barriers by Jo Boaler, explains what’s wrong with this attitude. Boaler, a Stanford University math professor, argues that people can learn just about anything once they understand how their brains work and how to support their own learning. Her book is a call to discard old notions of “giftedness” and to fully embrace the new science of the mind, thereby transforming schools, organizations, and workplaces into environments that support rather than limit success.

The problem with talent

“Millions of children, every year, start school excited about what they will learn, but quickly become disillusioned when they get the idea they are not as ‘smart’ as others,” writes Boaler. That’s because parents and teachers inadvertently give out the message that talent is inborn — you either have it or you don’t.


As a math professor, Boaler has seen this firsthand. Many young adults enter her class anxious about math, and their fear about learning impacts their ability to learn. 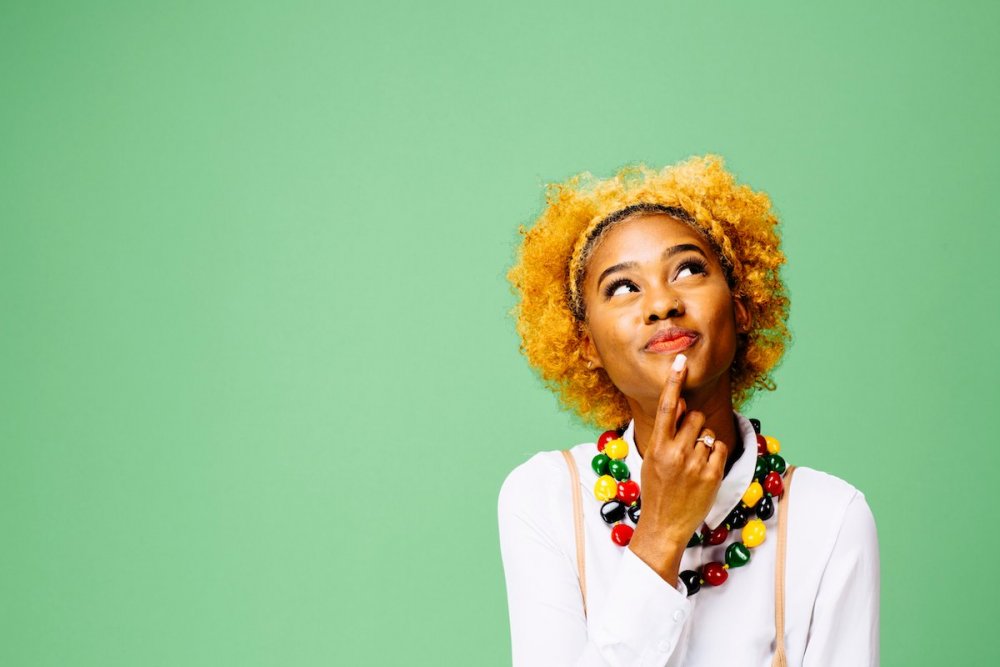 
“The myth that our brains are fixed and that we simply don’t have the aptitude for certain topics is not only scientifically inaccurate; it's omnipresent and negatively impacts not only education, but many other events in our everyday lives,“ she writes. Even though the science of neuroplasticity – how our brains change in response to learning – suggests learning can take place at any age, this news has not made it into classrooms, she argues.


Some of our misguided visions of talent have led to racist and sexist attitudes, she writes. For example, many girls get the message early on that math is for boys and that boys are better at it, interfering with their ability to succeed and leading to gender disparities in fields of study related to math. Similarly, people of color may also have to overcome stereotypes about fixed intelligence in order to thrive.

How our minds help us learn

Luckily, Boaler doesn’t stop at pointing out the problem but also provides tips to help anyone, whether they’re math-phobic or worried about other impediments to learning, to create a new mindset.

1. Understand that your brain is always changing

“Every time we learn, our brain forms, strengthens, or connects neural pathways,” writes Boaler. This means that no one is stuck at birth with a limit on what they can learn. Instead, it’s the belief in giftedness and how that impacts the way teachers teach that actually hampers people’s learning.


For example, when schools practice tracking – dividing students into different reading groups or math groups based on ability – it can produce worse results for students than keeping mixed-ability students together. As research from Teresa Iuculano and her colleagues has shown, the brains of people who have been labeled early on as “learning disabled” can be completely rewired after a short program involving one-on-one tutoring.

Students and teachers commonly believe that getting the right answer on a test shows that students are learning. But, as Boaler points out, it’s actually when students practice difficult things – problems just beyond their ability – that the brain works harder and imprints new knowledge. This also makes the knowledge more accessible later on.


“The science of neuroplasticity – how our brains change in response to learning – suggests learning can take place at any age.”

Practising what they can already do well actually hinders students’ learning; making mistakes helps them focus in on different ways of considering a problem, which helps strengthen learning. When teachers encourage students to struggle and students give themselves permission to make mistakes, it can be incredibly freeing for both.

3. Change your beliefs about your mind, and your brain will follow

When you change your mind about yourself, it turns out that this will also change your body and brain. For example, researchers found that adults who had negative ideas about aging in their younger years – between 18 and 49 years old – were more likely to experience a cardiovascular event during the next 38 years, regardless of their initial age, heart health, race, or many other factors.


The same is true for how you think about your learning. For example, if young kids learn that their success in school is tied to being smart rather than tied to effort, they may be less motivated to learn later on.

Though it’s important to have a growth mindset for learning – a belief that knowledge isn’t fixed, but can be developed through effort and perseverance – it’s also important to try new learning strategies. Multi-dimensional approaches to teaching and learning work best because they engage many areas of the brain at once, and communication between different brain areas aids in learning. Even math proficiency can be enhanced by seemingly unrelated knowledge or skills – like verbal skills or finger perception (the ability to identify our fingers without looking at them).

“The new discoveries about the working of the brain are revealing the need for a different approach to teaching that is more physical, multidimensional, and creative than the approaches that have been used in the past in most institutions of learning,” writes Boaler.

“Practising what they can already do well actually hinders students’ learning; making mistakes helps them focus in on different ways of considering a problem, which helps strengthen learning.”

In her own research, she found that this multi-pronged approach to teaching math – challenging students to consider problems using different strategies, like storytelling or visual art – was much more effective for learning, especially for girls, English language learners, and economically disadvantaged students. This suggests that approaching something you want to learn from multiple angles is better than just trying to get it “right.”

5. Aim for flexible thinking rather than speed

Too often, teachers and learners think that being fast at something means you’re good at it. But, as research suggests, that’s not often the case. Trying to do something under pressure – such as a timed test – can cause stress, which compromises the working memory needed to recall important information. That’s why Boaler argues that giving students long problem sets to solve at home, or trying to measure math performance under timed conditions, is not useful. It could also unnecessarily discourage potential future math scholars who give up early because they think speed equals competency. 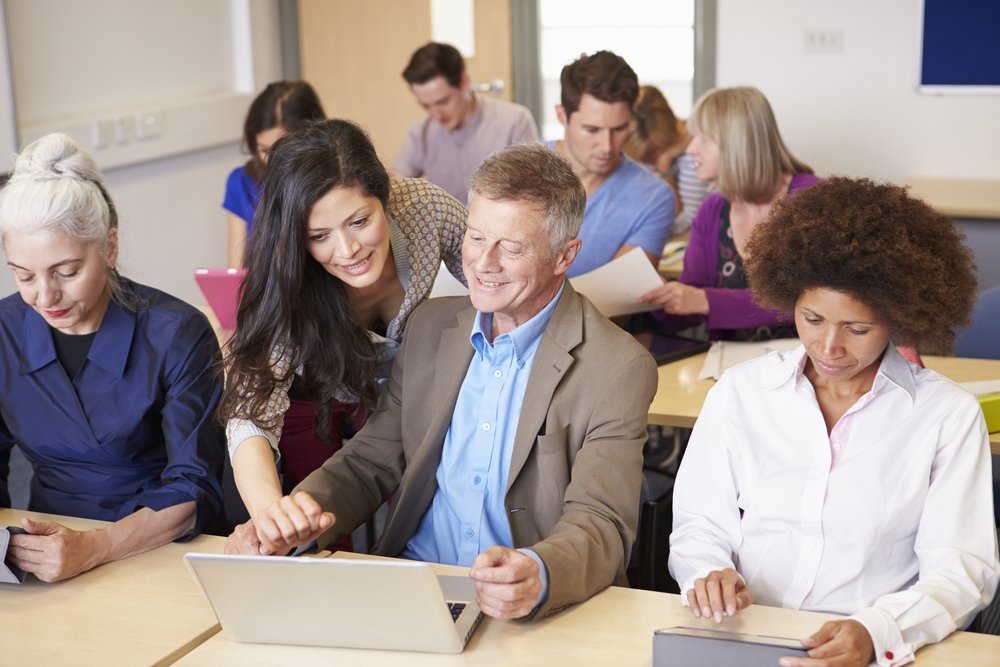 
While some students thrive in timed tests and are adept at cramming for exams, it’s not likely their learning will stick, says Boaler. Instead, engaging with material in flexible ways over time is key to learning.

Schools that teach a growth mindset won’t necessarily help students learn better if there is not peer support for the idea – meaning, if students still buy into the myth of the gifted student. It’s crucial for schools to reinforce the idea that learning together is better than learning alone. As one study showed, working together instead of alone can make the difference between passing a difficult math class and giving up and failing the class.

“An important change takes place when students work together and discover that everybody finds some or all of the work difficult,” writes Boaler. It reinforces the idea “that learning is a process and that obstacles are common.” Focusing on collaboration in the classroom — rather than trying to test students individually — also more closely resembles the work world, argues Boaler, and can help reduce the gender bias so often found in science-related subjects.

In the case of my friend’s niece, she ended up drawing on the support of her aunt and connecting with a tutor who encouraged a growth mindset, taught her new strategies for problem solving, and helped reduce her math anxiety. Eventually, she took the math class and passed with flying colors.

Her story is an important reminder that the obstacles to learning are often more a function of our approach than of our ability. As Boaler’s work — and that of countless others — suggests, our minds may be less limited than we think. ●

Happiness.com » Magazine » SCIENCE & PSYCHOLOGY » How understanding your brain can help you learn