What is gluten free?

A gluten free diet is one that does not include any glutelins. These are a group of proteins that are commonly referred to as glutens. They are found in the grains of cereals such as wheat, barley or rye, for example. In fact, most of the protein complex of such grains, which go into everyday foodstuffs like bread, is nearly all formed from glutens. They have what is known as a viscoelastic property which means that they will form long, stretchy chains of molecules, especially when they are mixed with yeast and water. That is what gives bread dough, for example, its plasticine-like texture. It also helps to make bread stay stable without breaking apart when it is cooked. However, such glutens are not required to make food like bread, and many people now advocate the benefits of a diet that is free of gluten.

Why adopt a gluten free diet?

One of the main reasons that people choose this diet is that they have coeliac disease. This is when the body's immune response to the presence of glutens gets out of control. By not consuming them, it is possible to regulate the condition. Some people have a known sensitivity to gluten even though they may not have the full-blown condition, and a gluten free diet may be an appropriate step to take in such cases. Certain types of wheat allergy may also mean avoiding glutens, but they could sometimes be consumed in other forms, such as from rye bread, for example. In addition, some people adopt a gluten free diet because they believe it has all-round health benefits even if they have no underlying condition to consider.

What health risks are associated with a gluten free diet?

So long as other carbohydrates and proteins are consumed to make up for the lack of glutens in a diet, then it can be healthy. However, this takes effort and knowledge to achieve. Iron and many B vitamins are found in glutens, and you may end up consuming them in insufficient quantities by merely leaving glutens out of your diet. Indeed, some people with coeliac disease continue to suffer from symptoms associated with the condition even if they go gluten free.

How is gluten free flour made?

If you want to bake bread, pastry or cakes with a gluten free alternative to wheat flour, then there are plenty of options available to you. Mostly, gluten free grains are milled in much the same way as wheat flour is to produce a similar substance that is devoid of the aforementioned glutelin proteins. Amaranth, buckwheat and maize are all gluten free sources of flour that are popular. Sometimes, these are blended with millet, quinoa or rice flours to form different flavours and textures.

Many people believe that going gluten free will help with weight loss. Certainly, there are a number of published diets that suggest this is the case, and some of them have been endorsed publicly by celebrities. However, there is no printed scientific material that suggests avoiding glutens will have any impact on weight loss or gain.

The 15 best prebiotics to include in your diet

We've all heard of probiotics, but what about prebiotics? Journalist and nutritionist Allison Clark explains the benefits of these food molecules to

The recent discovery of the gut-brain axis has brought a deeper understanding to how digestion and food affects our mood and health. Journalist and

Members who are looking for Gluten Free 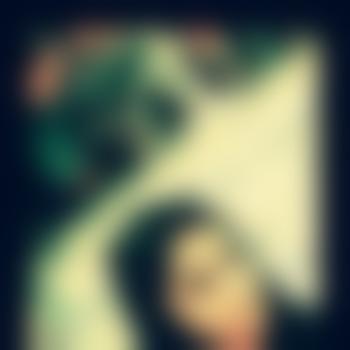 Thank You For Visiting My Profile !!
Now you've reached to this section probably you would like to know more about my Services -
I Can Help You With 👇
📌 Digital Marketing
📌 Resume Review
📌 Social Media Marketing
📌 LinkedIn Profile & Page Optimization
📌 Job Search Techniques
📌 Technical Recruitment OR Hiring
📌Brand Marketing

If You Would Like To Know More About My Services; Please Feel Free To Reach & schedule FREE 30 MINS Call 👇

Offering ● 22 to 32 years ● 5km around India, Bishangarh ● 4 days ago
Get in touch Create free classified

Low Carb
There are numerous diets that are described as being low carb. Essentially, they all suggest the same thing – namely, that the amount of high carbohydrate foods that go into a conventio...

Sugar Free
A sugar free diet is one that has little or no intake of the simplest forms of soluble carbohydrates. Although carbohydrates are common in all sorts of food – especially starchy ones – ...