What is organic food?

Organic food is any food product that is produced within the standards of organic farming regulations. The codes that relate to organically produced food vary in different parts of the world, but they have the same aim. One of the key factors in organic food is the restricted use of artificial fertilisers and pesticides, for instance. In fact, in many countries, it must be produced without either of these two materials at all. In addition, certain processes like irradiation tend to be banned. As well as what is not allowed in organic farming, certain practices are commonly encouraged. This includes promoting biodiversity, wildlife management and recycling farm resources, among other measures. 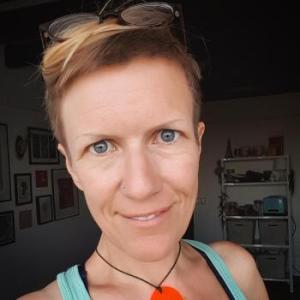 How is organic food produced?

The production usually takes place on farms, but it can occur in smaller-scale situations, too, such as market gardens and on domestic plots. Essentially, the soil is tilled without the same level of intensity as conventional farms and without the use of manufactured fertilisers to replenish soil nutrients. Sometimes fields are left fallow, or crops are rotated to produce organic ailments without the need for them. Also, some crop wastage is accepted due to pests accessing them without powerful counter-measures, such as applying chemical pesticides. Natural alternatives are sometimes deployed instead. When harvested, organic crops are kept separate from other crops so that consumers can tell whether or not what they are buying is from an organic source or not.

Why is organic food good for health?

There are anecdotal health benefits derived from following a diet that is entirely made up of organic food. However, no long-term scientific study has yet made it clear that doing so is best in all cases. So long as an individual is consuming a normal, healthy diet, there is little to compare between the two approaches. That said, many fans of organic food like the fact that residue from artificial fertilisers and pesticides do not make it through to the sold-on produce, meaning they are reassured for their food's natural qualities.

Is organic food better for the environment?

Many people agree that the production of organic aliments has benefits that go beyond the food itself. In numerous farms that are engaged with organic production, less water is used, which can be of benefit to drinking supplies. In addition, the carbon and energy used in the production and distribution of human-made fertilisers are no longer an issue. Of course, fewer pesticides is also beneficial for wildlife and biodiversity.

Genetically modified organisms are allowable in certain circumstances within organic food production in some parts of the world. However, in Ukraine and the USA, for example, the rules make it clear that any foodstuff with a GMO in it cannot be classed as organic no matter how it is subsequently grown. In the main, organic food producers tend to avoid growing crops with GMOs regardless of the local rules.

Gardening has a huge range of mental health benefits, from reducing stress and depression to boosting your immune system. Dee Marques explores seven

The 15 best prebiotics to include in your diet

We've all heard of probiotics, but what about prebiotics? Journalist and nutritionist Allison Clark explains the benefits of these food molecules to

Members who are looking for Organic Food

Kitchen Garden
Known as a potager in France, a kitchen garden is simply part of a domestic garden that has been given over to the production of plants for food rather than for their ornamental propert...

Healthy Eating
To put it simply, healthy eating is the practice of consuming only foods and drinks which have a noted health benefit and avoiding those with low nutritional value. A big part of a heal...

Raw Food
At its simplest, raw food is any sort of edible material that has been uncooked in any way. Of course, cooking may mean a variety of things when it comes to raw food, not simply heating...