As the Northern Hemisphere enjoyed summer kicking in, a lot of feel-good news stories focussed on the relaxation of lockdown rules in many parts of the globe. However, there were many other news stories that also showed how positive the world can be, too. Ed Gould shares his Top Ten round-up from July to uplift and inspire.

A recent scientific programme that centred on a group of arthritis sufferers has found that practising mindfulness can help to reduce the debilitating fatigue that many people with the condition feel. The study discovered that people with rheumatoid arthritis and a more acute condition known as ankylosing spondylitis were more likely to overcome 'fatigue-related disabilities'.


A team in New Zealand worked on the premise that tiredness alone could not always account for the fatigue that people living with rheumatoid arthritis felt and that, therefore, there must be a psychological explanation. Since mindfulness sessions helped to make people feel more present in the moment, fatigue levels reported by participants dropped significantly.

According to the BBC and numerous Asian media sources, the tiger population in Eastern India and Southeast Asia is not as under threat as previously thought. According to the World Wildlife Fund, global tiger numbers were as low as 2,300 as little as ten years ago.


However, naturalists now think that this number of tigers now inhabit India alone. In that period their numbers are thought to have doubled in Nepal and more sightings have been reported in Bhutan, China and Russia. Parts of Thailand, Vietnam, Cambodia and Bangladesh are now also seeing more wild tigers as conservation efforts to protect their habitat continue in the region. 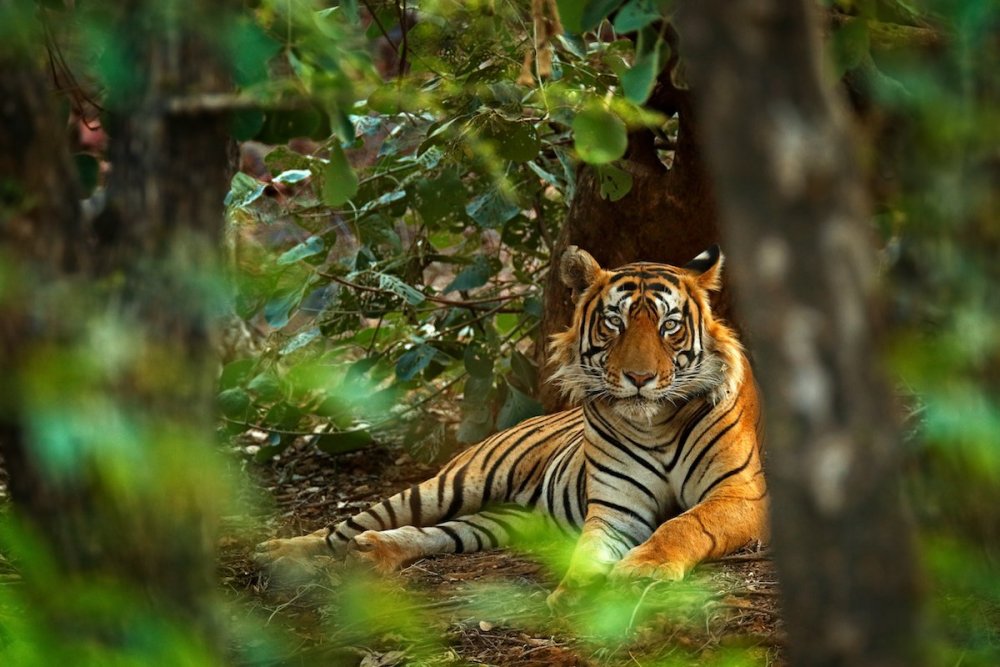 Tiger numbers are on the increase

According to a report in African Business, a pay-as-you-go model for providing solar energy is taking off across the continent. The idea has led to greater affordability of the technology so that it can be used more widely in rural areas where they may be no mains electricity. The model now makes sense to many rural communities because solar panels are much more efficient than they used to be, thereby making them a viable alternative to using generators for local electrical production. The report stated that over five million pay-as-you-go solar projects had been initiated in the last five years.

4. Oxytocin may lead to Alzheimer's treatment

A report published by Science Daily suggests that oxytocin may be the key to a successful treatment for the degenerative disorder, Alzheimer's disease. Oxytocin is a natural hormone secreted by pituitary gland. It has long been associated with feelings of love and pleasure. The Tokyo University of Science has led the research into the hormone which appears to act as repairer of the amyloid plaques that are found in the brains of people with the condition. Their work on mice showed that these plaques, which are associated with failing memory function, were less prevalent when more oxytocin was present.

The number of sperm whales is thought to be worryingly low, but marine biologists don't know for sure how many creatures there might be as they are notoriously difficult to track. However, according to i-News, robotic gliders have been deployed for the first time to help scientists in their work. Developed by the University of East Anglia, the gliders are already in use in the Eastern Mediterranean where there are thought to be little more than 2,000 sperm whales. Using the whales' clicking calls to track them, the gliders will help researchers to find out what problems the whales encounter so that counter-measures can be taken to protect them further. 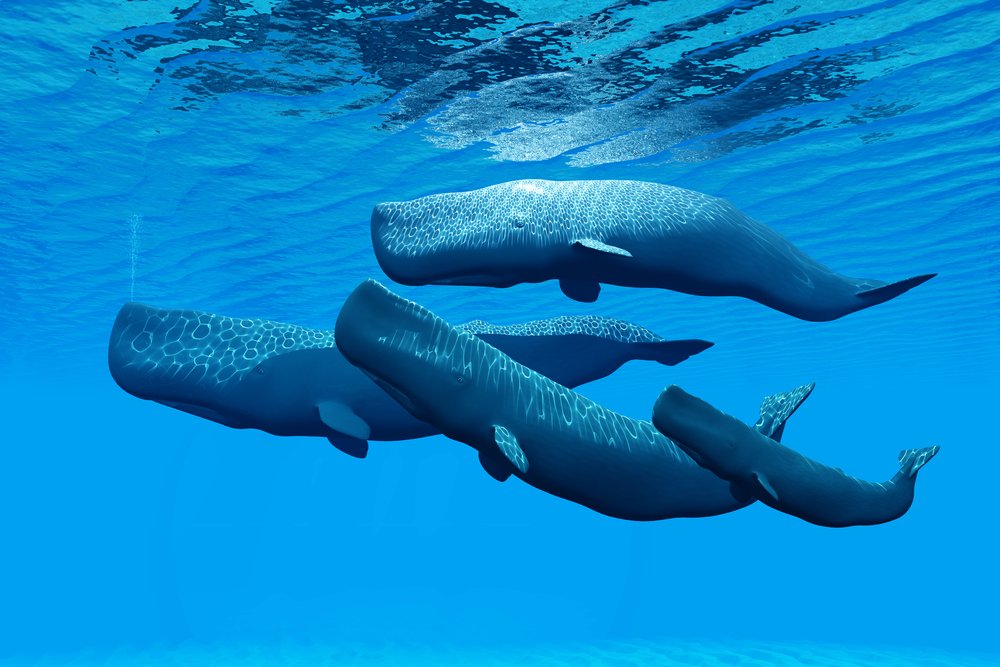 There have not been many good news stories related to the global pandemic this year despite some promising work that is ongoing into a possible vaccine. That said, UK smokers have been quitting the habit in their droves since the contagion broke out. In fact, it's estimated that over a million Brits have given up their habit in 2020 alone. A survey conducted by Action on Smoking and Health found that many people had chosen to quit as a direct result of COVID-19, which is known to be more dangerous for people with respiratory problems.

Most governments around the world have set themselves targets to reduce their contribution to global carbon emissions. Some are on track to achieve them while others are behind their stated aims. Nevertheless, Pakistan enjoyed some feel-good news when it was reported by various Asian news agencies that the South Asian country has already met its targets. Indeed, the government's adviser on climate change, Malik Amin Aslam, announced in July that Pakistan had reached its target ten years ahead of its deadline thanks to its 13-point climate action plan.

8. Bison to roam England for the first time in a millennium

You might think of bison as wonderful creatures that once only roamed the wide prairies of North America. But, in fact, the European species was once a native of the British Isles. According to the Independent, bison will be experimentally introduced into the wild in Kent this year. The project has come at a cost of £1 million but naturalists have said this is feel-good news not just for the species concerned but for the biodiversity of the UK as a whole. Initially, a herd of four bison will be allowed to roam Blean Woods, close to the city of Canterbury, alongside the ponies which live in the wild there already. 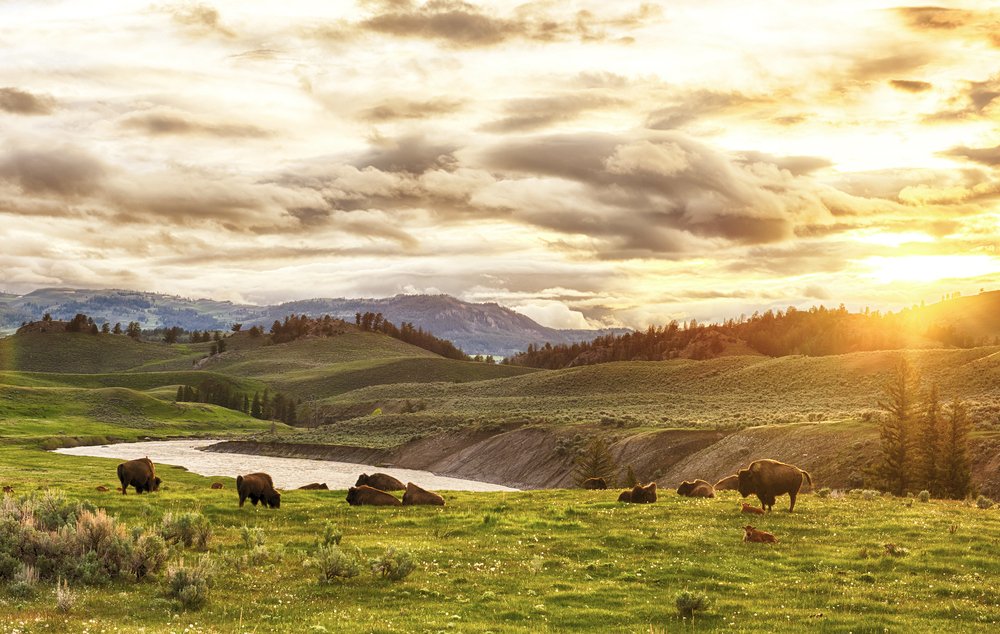 Could Bison be seen again in the UK? shutterstock/Filip Fuxa

Global warming has long been known to be linked to the amount of carbon dioxide – as well as other gases – that are released into the environment. However, a report in the Guardian stated that something as simple as spreading rock dust on fields could help to absorb CO2 from the air, trapping it so that it does not augment the greenhouse gases that are already being emitted. Professor David Beerling, who led the study at the University of Sheffield, said that the rock dust locks CO2 as carbonate and the method can even help to improve crop yields, as well. Many farmers already spread limestone dust so the move to rock dust need not take a lot of adjustment.

10. Innovative dietary idea could be a breakthrough in breast cancer treatment

According to a report in Cancer Network, a new diet that mimics the effects of fasting may be an alternative therapy that those living with breast cancer can make use of. In their work, a team of researchers from the Cedars-Sinai Medical Center in Los Angeles found that the diet was highly effective when used alongside a conventional treatment, such as chemotherapy. Employing the diet prior to starting a course of anti-cancer drugs was found to be successful for the majority of women involved in the trial.

Gratitude practice (and how it can change your life)

Practicing gratitude is a simple way to deal with bad situations and is scientifically proven to have a positive pay off on your health. Arlo