There have been plenty of feel-good health and environmental stories in the press during June. Ed Gould rounds up his Top 10 from the past month to uplift and inspire.

June 2021 was a particularly auspicious month for good news stories. In fact, there were many items that could have made it into this month's Top 10 which didn't. So, what were the most positive and heart-warming stories from the past month?

A species of orchid that was once thought to be extinct in the UK was discovered in June in the unlikeliest of places. Rather than being found by researchers deep in the Amazonian basin, the small flower was spotted on the top of an 11-storey building in the City of London. The orchid – known as Serapias parvifloraIt – was spotted high up on the roof of a bank. Usually the plant is most at home in Mediterranean-like conditions and was last seen growing in the wile in the UK over ten years ago in Cornwall. How it made its way to the rooftops of one of the city's biggest investment banks remains a mystery, however.

It may not be a debilitating ailment but – as we all know – a case of the hiccups can be annoying. But there is some good news for anyone who has to suffer hiccuping on a regular basis. According to Science Alert, a new system has been developed which helps people to stop hiccuping almost immediately. What's more, so far it's thought to never have failed.

When people's diaphragms twitch, there are many homespun remedies you can try. However, the HiccAway has been developed by a start-up technology team. The device – which you suck from – causes the diaphragm to contract, thereby preventing people who use it from producing more hiccups. All you need is a glass of water and this straw-like gadget to stop hiccuping ever again!

3. Coffee consumption is good for your liver

Most people avoid drinking too much coffee because it's a stimulant and can increase anxiety levels. However, a report in New Scientist suggests that consuming even decaffeinated coffee can help to avoid liver disease from developing.

The discovery was made at the UK's University of Southampton where hundreds of thousands of people's drinking habits were taken into account when looking at their medical histories. Over the course of about 11 years, the incidences of chronic liver disease and steatosis were found to be lower among coffee drinkers. Indeed, the associated death rate from liver-related conditions was much better among people who regularly consumed the beverage, too. 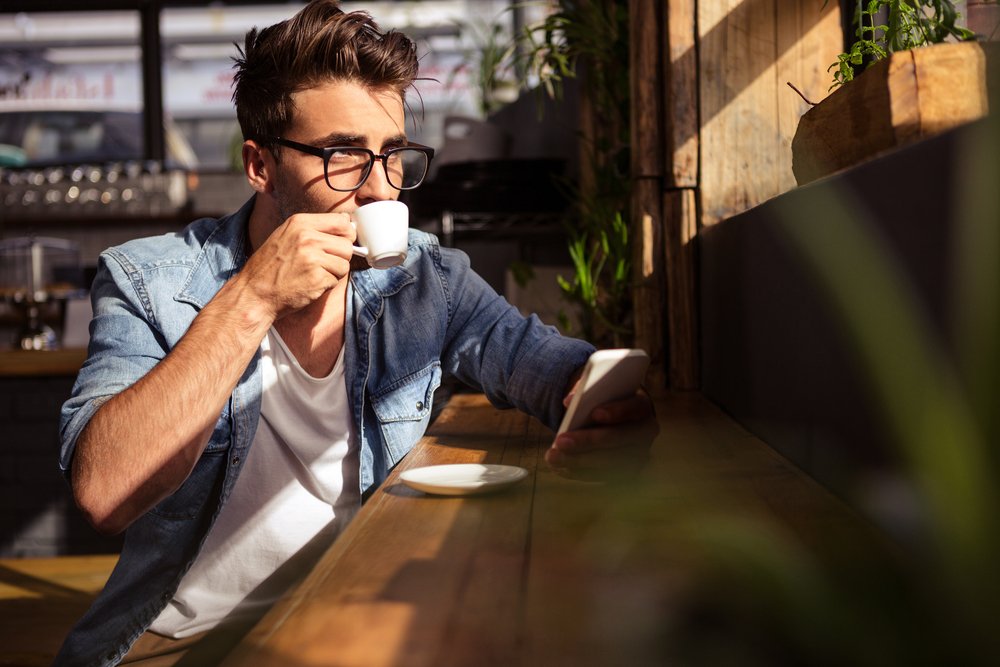 According to a report in the news feed of the University of California Riverside, the best thing you can do when you are anxiously awaiting news is to do something your brain will gain flow from. The idea is that of Kate Sweeny, a professor in psychology, who put together her approach from two different studies with 729 participants. Rather than doing nothing and allowing the mind to worry, Sweeeny's academic paper suggests that meditation is a better activity. However, Sweeny recognises that this is not something everyone can do so she suggests watching an emotional film or listening to some powerful music instead as a way of achieving flow and a less troubled mind.


RELATED: Flow state and happiness – how to achieve it

According to the New York Times and numerous other media outlets, recent research suggests that going to bed an hour earlier than usual will help to stave off depression. Doing so will move the waking cycle forwards, something that has been found to reduce the likelihood of a major depressive state forming by as much as 23 per cent.


RELATED: 14 sleep hacks to get a good night's rest

6. Mindfulness and birdwatching had positive effects in the pandemic

Many people have turned to mindfulness to help them during the current global healthcare crisis. However, a study published in the International Journal of Environment Research and Public Health has demonstrated that when people take part in birdwatching activities in a mindful way, they gain an even more significant boost.

According to Psychology Today, birdwatching was one of the few outdoor activities people could do mindfully while maintaining social distancing. Its report suggested that staying closer to home and watching local birds helped many people to connect with nature in a way they might not have usually done, thereby gaining mental health benefits including a sense of inner joy. 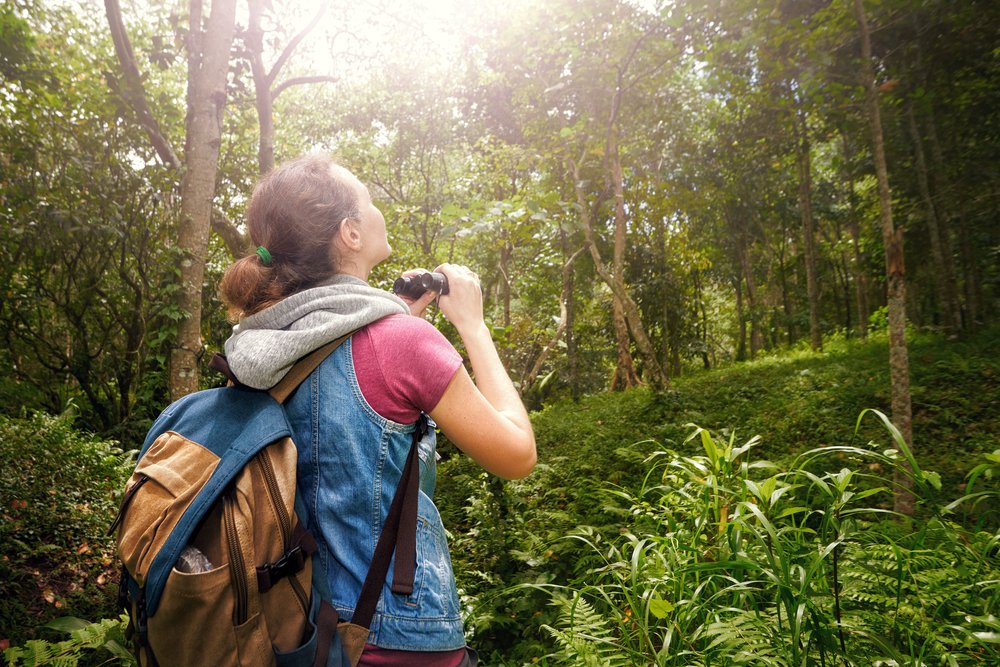 Birdwatching is both mindful and joyful shutterstock/soft_light

Famous for the development of Darwin's theory of evolution, the Galapagos Islands have been overrun by invasive rats in some places. However, drone technology has been deployed to defeat the rodents. Officials in the Galapagos National Park now reckon that two islands are completely rat-free for the first time in well over a century, helping native species to thrive, unhindered by the rats' presence. By using drones, the extermination team was able to get bait to the precise locations it was needed to target the creatures without causing damage to the natural inhabitants of the islands.

Scotland's biggest city is due to get a good deal greener thanks to a new initiative that will see tens of millions of trees planted in and around the urban environment. Cowan Park, in Barrhead, and Barwood Park, in Erskine, have already been earmarked for the project already but all of the local authority areas in the city will take part. The idea, according to local councillors, is to make the city more attractive as well as offsetting much of the carbon that the cityscape produces each year. It is expected to take ten years to bring the urban forest to fruition.

Bees have long been declining in numbers around the world. This is big problem for plants – and humans – as the black and yellow creatures are such efficient pollinators. One of the things that has been making life harder for bees is the widespread use of pesticides in agriculture and horticulture.

However, according to a report in New Atlas, bees will be able to gain immunity from such sprays if they consume an antidote. Researchers from Cornell University in the United States have come up with just such a detoxifying formula which bees can pick up as they feed, thereby offering them resistance to the sort of insecticides that might otherwise have caused them to die. 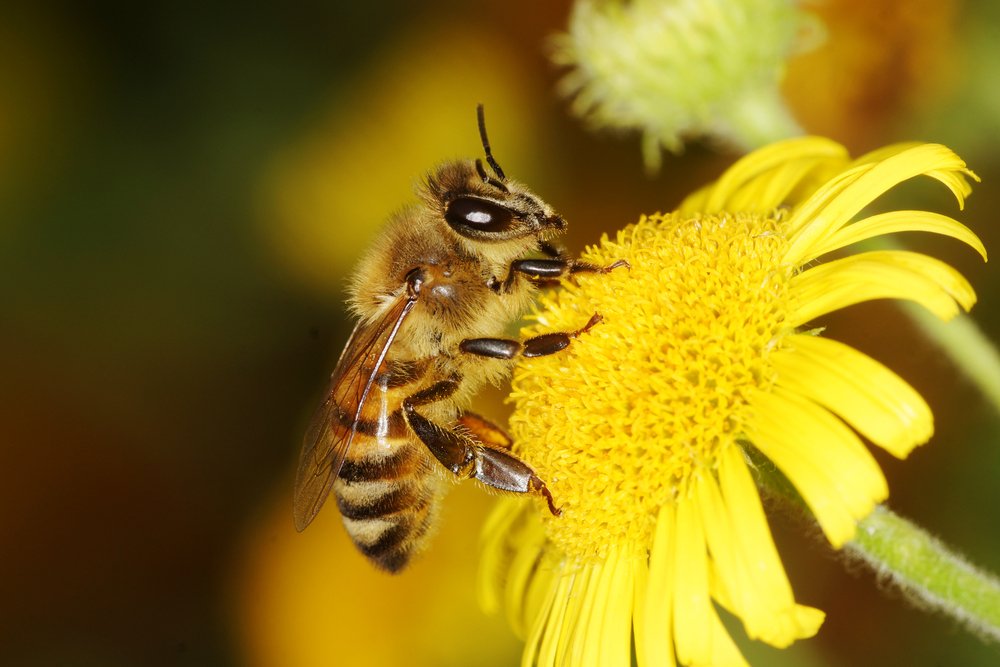 According to the BBC, a virus spread among mosquitoes as they interact with one another could cause rates of Dengue disease to fall dramatically. A trial took place in Indonesia whereby the virus was introduced into the mosquito population. During it, the infection rate for the condition was found to drop by well over three-quarters. In recent times there have been as many as 400 million Dengue fever infections each year, so it's hoped the technique will now be used in other locations where outbreaks are common. •

What was your favourite story from this month? Share your thoughts with the community in the comments below...