There were plenty of feel-good health and environmental stories in the press during November. Ed Gould rounds up his Top Ten from the past month to uplift and inspire.

First up, some interesting news for many of us who struggle to get our to-do list ticked off! According to numerous scientific journals, a researcher from the University of Otago has found the best way to avoid procrastination is to never set deadlines for yourself. Professor Stephen Knowles, from the Otago Business School in New Zealand has found that deadlines tend to make us procrastinate more, not less! He suggests avoiding them completely but, if they are needed, to make them as close to the present moment as is practical.

On the shores of one of the Great Lakes, Toronto is cool during the winter months but becomes very warm in summer. As such, many apartment blocks and office buildings are fitted with air-conditioning. However, according to the Washington Post, a deep water cooling system will soon go into an expanded mode of operation to cool around 100 such buildings, meaning much less reliance on energy consumption. Three pipelines will shift naturally cool water from Lake Ontario and transfer it to the city centre. The system has been in place since 2004 but will now run in many more connected buildings after a large investment.

A woodland in Oxfordshire is home to about 800,000 rare honey bees according to a researcher who discovered them on the Blenheim Estate. They appear to be a distinct sub-species that has evolved due to the local habitat conditions, offering scientists a rare insight into the adaptation of bees which have been in decline elsewhere. It's hoped the finding will encourage other conservationists to track down rare or adapted sub-species in other parts of the world. 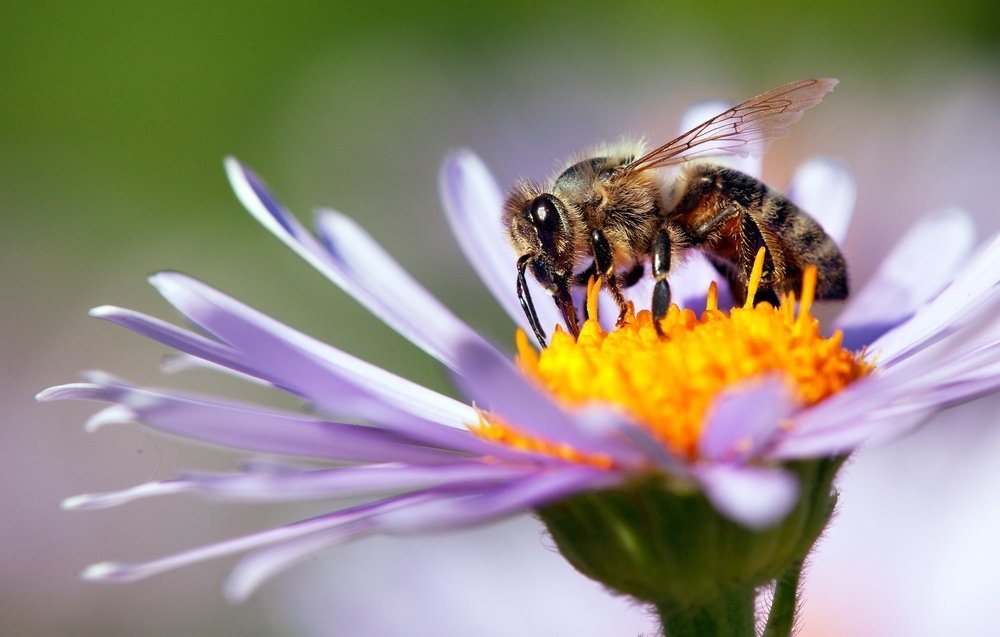 A study conducted by the American Heart Association has found that people who are recovering from heart attacks are less likely to suffer from depression, anxiety and post-traumatic stress disorder if they undergo mindfulness training than those who do not. The study's author, Alex Presciutti of the University of Colorado, said that survival rates among heart attack victims are improving, but mental health problems persist.

Presciutti went on to say that a non-judgmental awareness of the present moment, as a way of defining mindfulness among heart attack victims, may explain why psychological symptoms in cardiac arrest survivors differ so much when you compare those who practise it and those who do not.

5. Typhoon energy may soon be captured

Wind turbines are nothing new but harnessing the power of typhoons is beyond standard designs. However, according to the Japan Times, a Japanese firm is now designing a wind turbine that will be able to capture some of the immense energy generated by these extreme weather phenomenons. According to one of the engineers involved, typhoons shouldn't just be seen as disaster-causing but as a potential new source of renewable energy, too. A demonstration unit that will hopefully prove the potential of the system has already been built in the Philippines.

In a series of experiments, researchers at the University of Texas in Austin have discovered that having deep and meaningful conversations with strangers makes us feel better connected to one another. This is something of a social paradox, according to one of the researchers involved, Amit Kumar, who suggested we tend to stick to shallower subjects with people we don't know as the norm.

RELATED: How to keep connecting with strangers during the pandemic

The team's work suggests that people tend to feel less socially awkward with one another if they opt for deeper conversations and avoid small talk. Kumar said that overcoming the fear associated with meaningful chats is key to accessing the psychological benefits we will feel from having them more often. 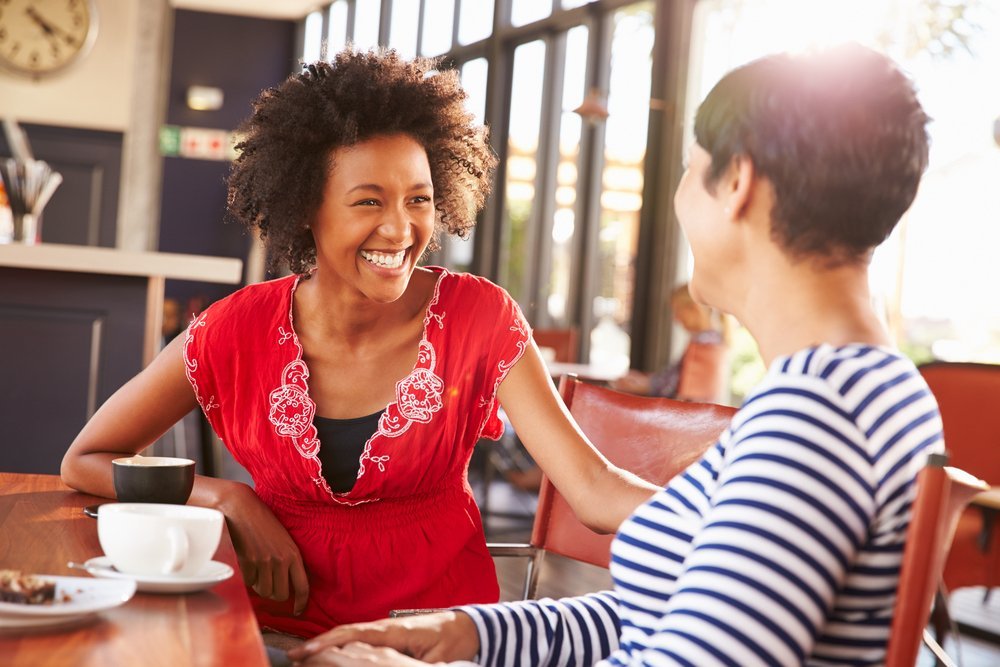 The Yara Birkeland, developed four years ago as the world's first self-propelled electric container ship, has successfully conducted its maiden voyage to Oslo, the capital of Norway. The majority of container ships in the world are powered by fossil fuels so it's hoped this autonomous means of ocean-going transportation will become the norm for shipping firms that wish to operate more sustainably. The ship's maiden voyage consisted of about 43 miles and was powered by the vessel's 6.8 MWh batteries. It will now be used to move goods around by sea from the port of Brevik.

8. Hot beverages may keep dementia and stroke at bay

RELATED: Cognitive impairment – 5 key ways to reduce the risk as you age

About 365,000 people between 50 and 74 had their health and habits followed for over a decade in the wide-ranging study. It seems that those involved who were identified as tea and coffee drinkers have suffered less with dementia and stroke. What may be the cause of this phenomenon is not clear at the moment, however. Nevertheless, one researcher said that only those who drank in moderation appeared to get this benefit.

9. New protection for the Galápagos Islands

Numerous press outlets reported that an extended marine reserve, along with the larger protective corridor for sea life to move through unhindered by humans, has been announced for the Galápagos Islands. It's hoped this will help to protect a range of migratory species, including hammerhead sharks and leatherback turtles. The expanded reserve will cover the Cocos Ridge, an important migration route for several species which move in and around the islands' waters. 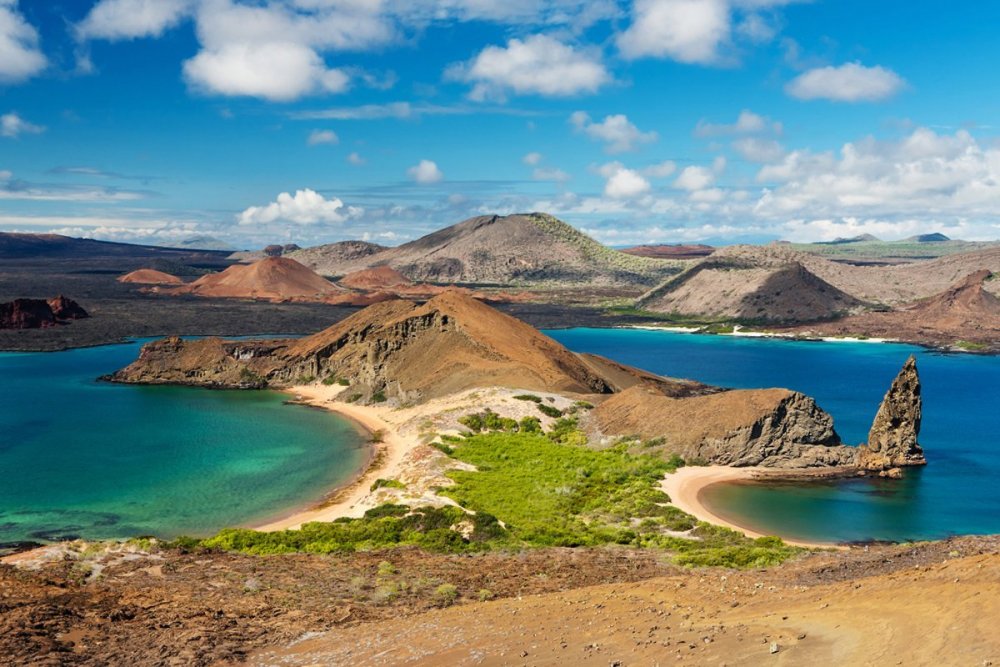 A report in the Independent suggested that prostate cancer – a major killer in Western societies – may be able to be better-treated thanks to a particular protein. Professor Nupam Mahajan of the Washington University School of Medicine in St Louis, Missouri, was behind the research.

According to Mahajan's work, the so-called super-molecule stops cancer cells in their tracks. This is unlike conventional treatments which tend to stop working the more they are used as resistance builds up. The protein may offer a new and better treatment pathway for those living with the illness. “We'd like to develop new therapies for patients who have developed [drug] resistance,” the professor said. •