Whether it’s a friend, colleague or a family member that's having it, panic attacks are scary to witness. Calvin Holbrook explains how you can support someone who is having a panic attack while also keeping yourself calm, too.

As someone that lives with anxiety and has had many panic attacks in the past, believe me when I say that panic attacks can be truly terrifying events when you are going through one. However, panic attacks can also be equally as frightening for anyone that is witnessing somebody have one – especially if it's a particularly bad episode.


Furthermore, the feeling of fear for those watching someone having a panic attack can be heightened if they’ve never witnessed somebody having one before. That's because during a panic attack, the physical symptoms may be so intense that the person suffering it feels like they're having a heart attack or are about to die. Panic attacks will also often come totally out of the blue.

So, for a friend, colleague or family member observing what seems like an emergency room moment, this can, of course, cause great alarm, upset and confusion as to how to help exactly. Indeed, during some of my most powerful panic attacks I’ve asked family members to call me an ambulance as the tightening chest pain, shortness of breath and palpitations has convinced me that I’m going into cardiac arrest. 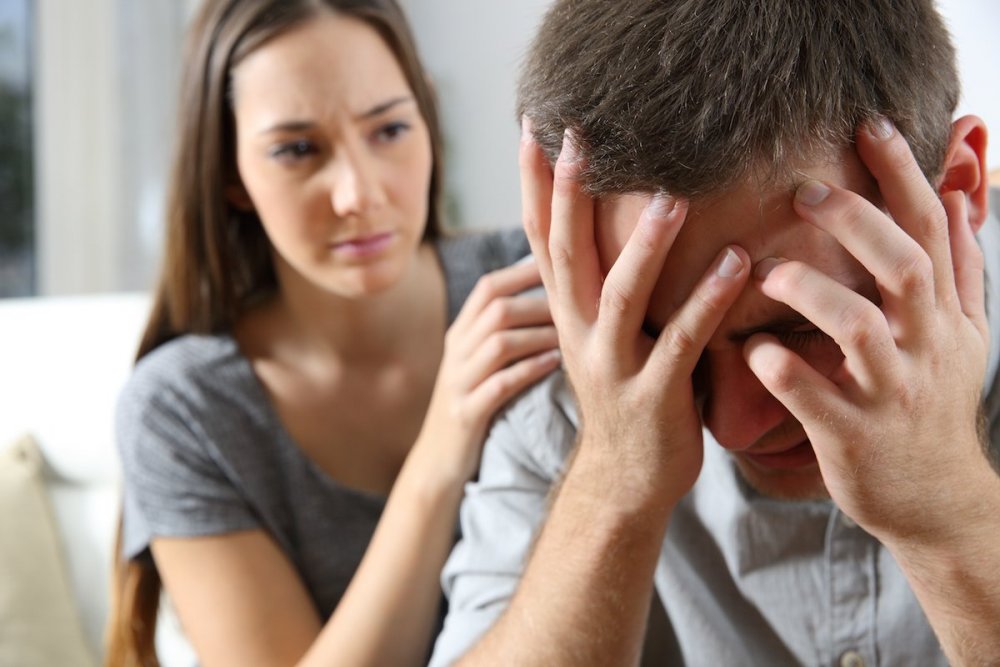 How to help someone having a panic attack: first, stay calm


While it can clearly be unsettling and difficult when someone you care about is going through a panic attack or a related anxiety episode, there are things you can do to assist them to get them through it.

How do you know if it's a panic attack?

It can be useful to learn anxiety attack warning signs if you're unfamiliar with them. That way you can be prepared for when someone develops an episode. Panic attacks commonly begin with:


However, as all of these symptoms could also suggest a possible heart attack, this can sometimes increase the anxiety of the person having the panic attack and also add to confusion about the best way you can help. I'll discuss when to call for medical assistance later, but one key point to remember is that with a heart attack chest pain usually continues to get worse and/or radiates to someone's arm or jaw.

How to help someone having a panic attack

If you know that a friend or colleague lives with anxiety and regularly lives with panic attacks, the situation should be easier to handle – for both of you. However, if you’re witnessing someone have their first panic attack, the person going though it is likely to be just as alarmed as you are. Here are seven suggestions for how to help someone when they are having a panic attack.

Watching someone going through a panic attack can be frightening, but it won’t help if you start to panic, too. Be assured that if it’s definitely a panic attack, then your friend is at no physical risk. Panic attacks normally don’t last too long – with the most intense feelings lasting around 10-15 minutes – so be assured this uncomfortable situation will come to an end sooner or later.

2. Use a calm voice to reassure them

If speaking with the person having a panic attack seems to help them, try telling them these things in a calm voice:

Many people who regularly experience panic attacks have developed their own go-to coping methods. For example, I usually prefer to be left alone to do some deep breathing and listen to calming music. So, when offering support, bear in mind that if they are used to having attacks, your loved one will know best when it comes to receiving any help or not.

Indeed, don’t be offended if your friend asks you to be quiet or leave them in peace: sometimes those experiencing an anxiety attack just want to be left alone to ride it out. Moreover, the fight-or-flight stress response affects a person’s ability to think and behave logically, so you may even receive a curt response! Please, try not take it personally.

“When someone you care about is going through a panic attack or other anxiety issues, there are things you can do to help them.”


If the person having a panic attack does want you to leave, take a few steps away and give them the space they need. If possible try to stay nearby to at least keep an eye on them. Let them know that if they do change their mind, you can come right back to them to help out.

4. Encourage them to breathe deeply

If your friend is receptive to help, encouraging them to take deep breaths is one of the most useful things you can deal to assist them in dealing with their panic attack. It may even help to calm you down too if you do them together.


During a panic attack, breathing becomes shallow which results in a person not getting enough oxygen into their blood. In turn, this increases the anxiety. Slow, controlled breathing is proven to bring the body back to its regular state by bringing oxygen levels back to normal and reducing anxiety.


RELATED: Conscious breathing – what is it and how do we benefit from it?

5. Encourage them to sit somewhere quietly

This tip may be difficult to follow, depending on where you are when someone is having their panic attack. If you’re together outside in a busy area, try to find a quiet, less busy place to sit together – some steps or a green area – while you work through the breathing exercises.


If you're close to home or already inside, guide your friend to a quiet, dimly lit room and sit them on a bed or sofa. Playing some calming music (Moby’s Long Ambients is a great example) can help reduce panic attack symptoms. 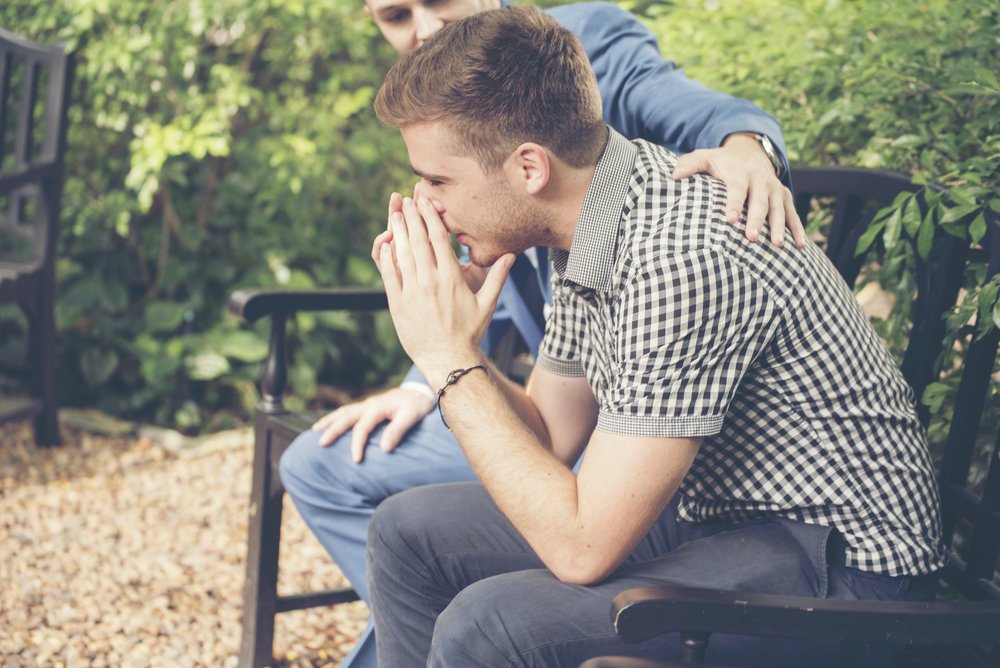 
However, in either situation, don’t be surprised (or alarmed) if your friend suddenly dashes off and needs to be by themselves. One of the main symptoms of panic attacks is also the desire to run away, so they might want to be alone while they deal with their heightened anxiety. Also, sometimes just walking or moving might help someone to feel like they're coping with the attack.

Using grounding techniques can help contain panic attacks after they begin. These techniques take a person out of their head and push them to focus on what’s really happening, instead of the danger their brain perceives. If the person is responsive to help, try:

7. After the attack: respecting their needs

Trust me; it’s common to feel completely wiped out after a panic attack. If I’ve had a particularly powerful one, I need to rest for hours afterwards before I start to feel better. Indeed, after an extreme fear response, your body has to slowly return to normal. This may mean your friend just wants to get home alone and rest.

“Don't be offended if your friends asks you to be quiet or leave them in peace: sometimes those experiencing an anxiety attack just want to be left alone.”

On a few occasions I've been out with friends and, after having a panic attack, simply had to leave what we were doing and go straight home to bed. This can be upsetting for the friend but it is also often upsetting –not to mention embarrassing – for the person having the panic attack. They may feel terrible about ruining any plans you had together, so help them to feel better about the situation be reassuring them that you understand and that it's OK. Realise that sometimes anxiety episodes can be so triggering that a person just has to get up and leave – no matter where or what you are doing together!

How not to help someone having a panic attack

As we've already established, witnessing someone going through a severe anxiety episode can be upsetting and overwhelming – especially if it's new to you. However, our tips above should explain to you how to help someone having a panic attack.

Likewise, there are a couple of things you should definitely try to avoid doing:

When to seek medical help

If you haven't experienced a panic attack yourself, it can be hard to know what to do for the best. So, when should you call for additional help? There isn't an easy answer. On more than a few occasions I've ended up in ER and have called out the ambulance service as I thought I was having a heart attack. However, in fact, it was just down to an extreme episode of panic.

RELATED: Panic attacks – 12 tips on what to do when anxiety hits hard

In the midst of an attack, telephoning the local emergency number may seem like the safest way to help a friend having a panic attack, but this can often exasperate an already stressful situation. If a friend is used to having panic attacks they can hopefully recognize the symptoms. In this case, simply sticking around with your friend or nearby until they feel better might be all you need to do.


However, you should call for medical assistance if:


To make matters even more confusing, even if you are with someone who has had loads of panic attacks, they may still ask you to call an ambulance as they feel the one they're experiencing is different or a heart attack. In any case – as I've often been told by paramedics – you should never feel bad if you've made use of emergency services because you thought someone's life may be in danger. After all, that's what they are there for.

Panic attacks can be terrifying to witness, but with time you can learn how to identify when someone is having one and how to help them. ●

Chat with other community members about how to help someone with anxiety in our forum.

Happiness.com » Magazine » HEALTH & BODY » How to help someone having a panic attack: 7 key tips