Dealing with rejection: how to handle and master hurt

Getting the brush-off is often painful. Indeed, accepting and recovering from being turned down can be hard. So, from building up self-confidence to remaining open, Ed Gould offers up three key techniques on how to deal with rejection.


How can you deal with rejection when it hurts so much? After being kicked in the teeth, many of us choose to avoid situations that might force us into dealing with the pain and upset being rejected can cause. But is this actually the most constructive way of going about our daily lives? No.


Rejection is undoubtedly bound up with negativity and feelings of discord. Now, it's easy to understand why being turned down is frequently viewed in this light, but is that all that rejection means to us? Rejection of something that is itself negative can be a positive thing, right? Furthermore, the proverb 'every cloud has a silver lining' suggests that facing rejection – even when you do not want to – can actually mean new opportunities await on the horizon.

It's also important to remember that feeling hurt and dealing with rejection is something that will happen during our lives whether we like it or not. Indeed, understanding this is the first step in learning how to cope with it. So, what do psychologists and other experts in feelings of happiness and well-being have to say on the subject of mastering rejection?

Why rejection hurts so much

Some people seem to have such thick skin that they think they can deal with rejection like it's water off a duck's back. Think of the jobbing actor who puts their heart and soul into audition after audition only to hear later that they didn't get the part. Do such people simply not feel a sense of hurt when they don't get the role? Of course not. 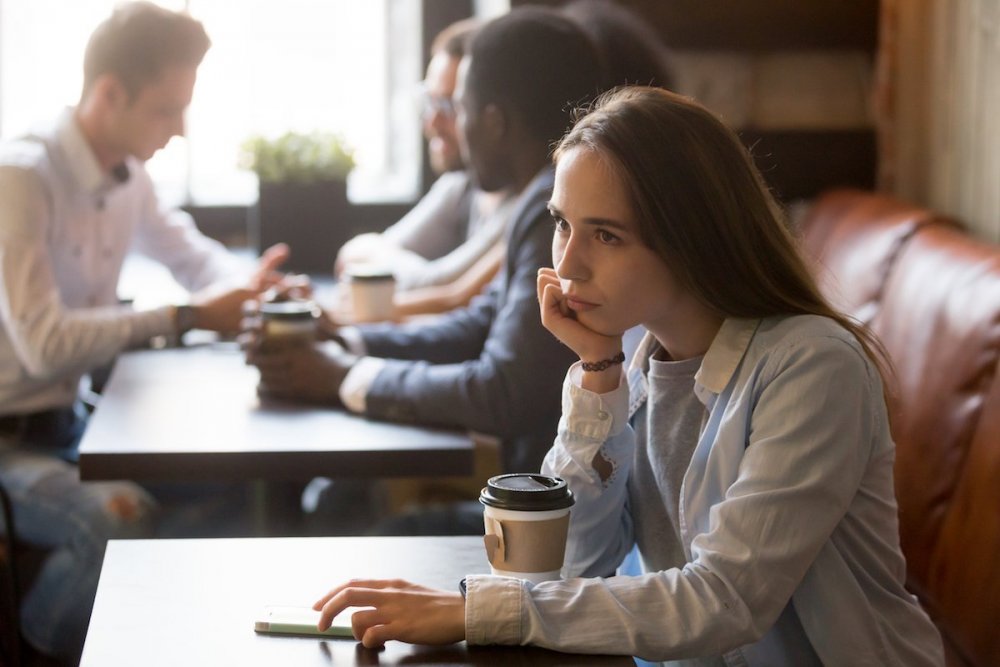 Everybody hurts: we all have to deal with rejection


However, they might have developed better coping strategies so they know how to deal with rejection when it comes around. The fact is that the rejection we might feel from being turned down is perfectly natural. It's in no sense 'abnormal' to feel upset about being rejected. So, why does it happen?


According to behavioural psychologists from the University of Michigan, rejection can impact on our neural networks in ways that our brains associate with physical pain. In a 2010 study into somatosensory representations, researchers viewed volunteers' brain activity when stimulated with feelings of rejection by using an MRI scanner.

“Dealing with rejection is something that will happen whether we like it or not. Understanding this is the first step in learning how to cope with it.”

In this particular research programme, the people under observation had suffered from a relationship breakdown. To provoke a response, an image of their former partner appeared before them. What the MRI scan revealed is that the secondary somatosensory cortex and dorsal posterior insula became active. These are the sections of the brain known to associate with feelings of pain.

So, if you think that mental anguish caused by rejection and dealing with hurt is all in your mind, then you may need to reassess your position. It seems that scientists can induce pain in their volunteers merely by reminding them of rejection. What's more, this evidence holds true in almost 90 per cent of cases.


RELATED: What to do after a break-up – 10 tips for recovery


In another study, psychologists asked patients to recall a time when they had suffered from social exclusion. One group of patients took the painkiller Tylenol, the other group took a sugar pill. As a result, those who had received the real drug reported having lower levels of mental anguish from remembering their rejection in comparison with those who had not taken the painkiller.


It's possible to conclude, therefore, that the drug – developed initially to help deal with physical pain – was having an effect on how the brain coped with non-physical pain. In other words, rejection does not simply impact on our happiness: it creates physical levels of pain and a simple painkiller, used in moderation, can act as emotional first aid.

How to deal with rejection: 3 tips

As mentioned, medicinal drugs are one way of helping your brain to feel less pain from dealing with hurt sustained from the rejection of social exclusion. However, this is something of a 'sticking plaster' approach, and there are plenty of other ways to achieve mastery of feelings of repudiation. So, what should you be putting into your emotional first-aid kit? Here are three keys ways you can learn how to deal with rejection.

Rejection can sometimes lead to you wanting to shut yourself away. This 'licking the wounds' phase is perfectly normal at first, but try to avoid it if possible. It's better to surround yourself with people that you like and trust – friendship can help you to heal. If you have experienced rejection at work, then socialise with friends away from that environment. People who see you in another light will be able to help rebalance your view of yourself. 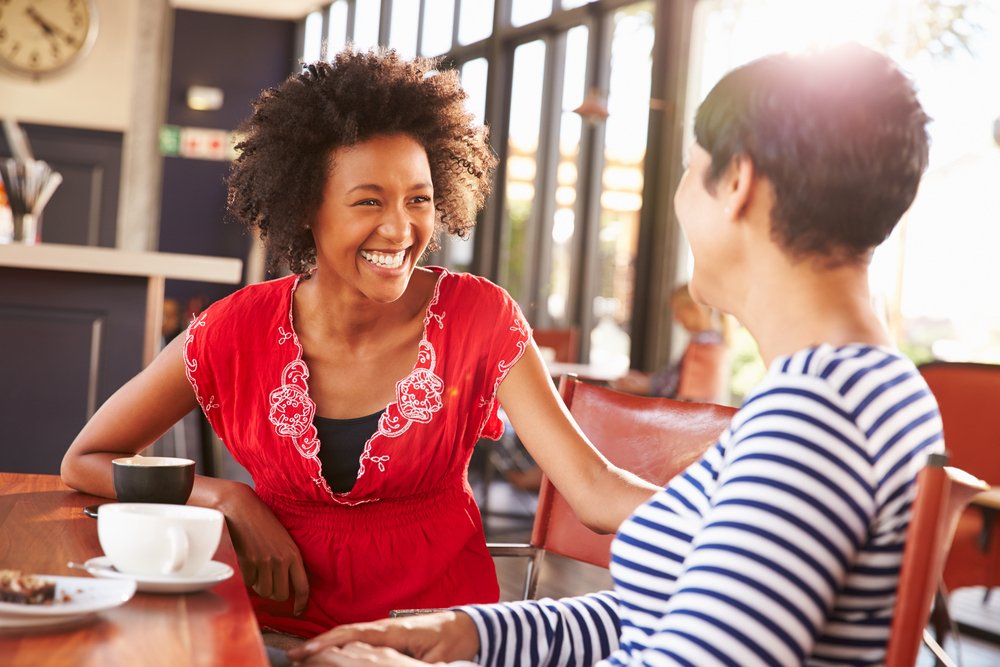 
Or, if you've suffered from a relationship breakdown, then it's a good plan to meet with pals that know you from a time before you got together with your partner. These friends are likely to be less weighed down by the 'emotional baggage' of your split. Making new friends can also be one of the best things you can do to set you on the road to emotional recovery: join a club or group and try something new.

RELATED: Understanding the power of friends

2. Build up your self-confidence

Reaffirmation of your sense of self-worth is key to overcoming the despondency that can follow rejection. A flood of happiness may not be a realistic expectation at first when you're feeling down. But by doing things to build your self-confidence, this will help you to avoid remaining in that state for too long. You can achieve this by showing compassion to yourself.


Indeed, recent studies have demonstrated that self-compassion leads to feelings of improvement and often brings new motivation with it. Be kind to yourself. Draw away from feelings of negativity about yourself. Just because you're dealing with rejection doesn't make you a failure. Far from it! You're learning how to cope with life's knock-backs – just like the actor who works out what to try differently at their next audition. In fact, it's most likely they were doing great; the director was just looking for someone else for the role. Above all, avoid self-criticism because it's usually unwarranted.

It may seem easier said than done when you're first suffering the trauma of rejection. But staying open to the possibility of future success is a key element to have in your emotional first-aid kit. This shift is important because if you spend too much time shut off from the idea of trying again – thereby avoiding the possibility of rejection – you can become bitter.

“Reaffirmation of your sense of self-worth is key to overcoming the despondency that can follow rejection.”


The German psychiatrist Michael Linden first referred to this phenomenon as post-traumatic embitterment disorder or PTED. He noted that embitterment often leads to feelings of anger. When you face rejection, bear in mind that you probably had little control over why it happened. Try to let go of the feelings of low self-worth you might want to linger on. It doesn't mean that you don't care. Acceptance of the situation is often healthier.

Dealing with rejection and hurt is much more preferable than dwelling on it. It's worth noting that PTED, similar to post-traumatic stress disorder, can lead to negative psychological reactions in the long term. If we don't support ourselves and one another with shared feelings of pain that come about following rejection, then it's reasonable to argue that our society as a whole will suffer.


After all, if everyone is carrying around the pain they feel from all these rejections, rather than dealing with the hurt, then few of us would ever take a risk again – and where would that leave us?

In the modern world, the imperative for emotional first aid is, if anything, more important than ever before. In the era of social media, feeling rejected can be in-your-face and operate on a 24-hour basis. Some people may only feel slightly rejected if they don't get a job or because their partner leaves them.


For others, similar experiences and emotional situations have a more dramatic effect. For example, having their social media posts ignored. In the digital age, rejection can sometimes be quantified in alarming ways, like the number of 'thumbs up' that a post receives. If you count such things regularly, then perhaps it's time to look into making your own emotional repair kit for how to deal with rejection. ●

Happiness.com » Magazine » RELATIONSHIPS » Dealing with rejection: how to handle and master hurt