Listening deeply to those who may not agree with may not sound appealing but it can actually help us connect, learn and grow compassion. Jacqui Paterson explores the benefits of radical or 'extreme' empathy.

Don’t judge a person until you’ve walked a mile in their shoes. You’ve probably heard that saying a hundred times, but have you ever sat and really thought about what it means? Or, more importantly, put that ethos into practice? Radical empathy is a concept that does exactly that – it encourages people to actively consider another person’s point of view – even when we strongly disagree – in order to connect more deeply with them.


Although we can never truly know what someone else is thinking and feeling, as we don’t share their exact same memories and experiences, making a concerted effort to understand the actions and reactions of people can increase the levels of compassion we feel towards them.

Considering the thoughts and feelings of others is more important than ever: a global pandemic has left us feeling vulnerable and afraid, and families have been forced apart by quarantines and travel restrictions. Simultaneously, the Black Lives Matter movement continues to gain momentum all over the world, as an increasing number of people are using their voices to say ‘no more’ to racism and discrimination.


It’s a period of huge change, a pivotal moment on the timeline of humankind, and kindness and understanding are more important than ever. But, at the time we need these traits the very most, recent studies have shown that our levels of empathy are actually declining. 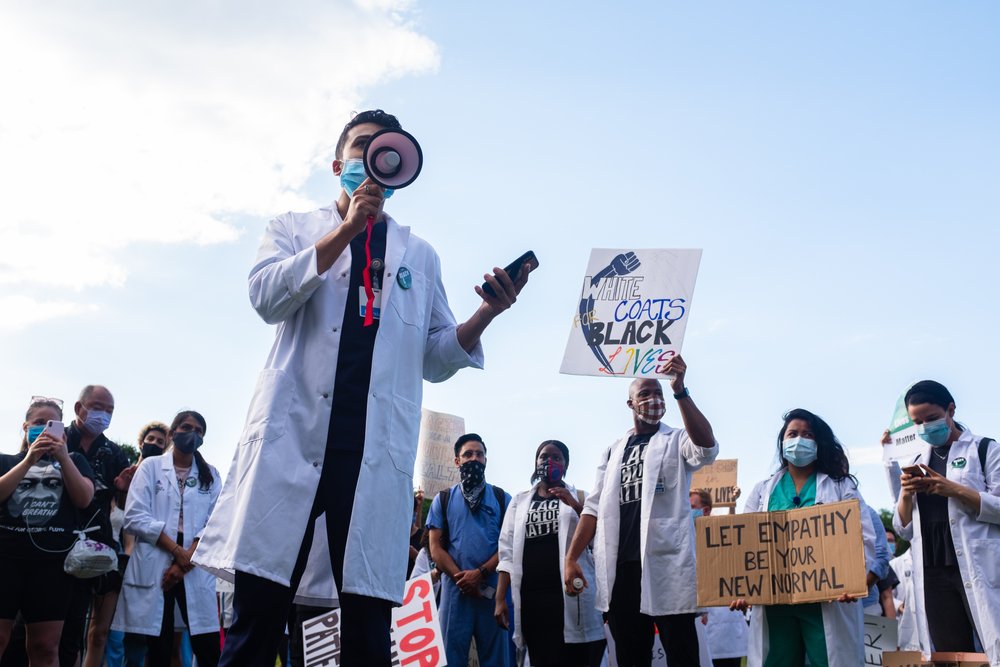 
A 2010 study carried out by researchers at the University of Michigan showed, rather alarmingly, that subjects exhibited 40 per cent less empathy than their 1979 counterparts, with the most dramatic decline in the ten years since the turn of the millennium, suggesting the downward trend was accelerating.


It seems we just don’t care as much as we used to.


This alarming shift has been nicknamed ‘The Empathy Deficit’. In a world that is becoming increasingly online – a process now sped up by the coronavirus and the huge increase in working from home – we’re more connected in a digital sense, but increasingly isolated in a physical sense.


• JOIN US! Sign-up to happiness.com and connect with our caring community •

With less face-to-face interaction, we can feel emotionally detached from one another. This disconnect can result in apathy, and from there it’s an easily slide back to the ruthless ‘every-person-for-themselves’ existence of our long-ago ancestors.

What is radical empathy?

Radical or 'extreme' empathy is not – as you might imagine – someone dressed in military fatigues, ready to ambush you with warm hugs and a listening ear.


Empathy is the ability to understand and share the feelings of another and is thought to have evolved over millions of years of mammalian parenting. Females who made more effort to understand the needs of their offspring had greater success raising them to adulthood so they, in turn, could reproduce (which could explain why, historically, women have been considered the more empathetic gender). Natural selection then stepped in to ensure these caring skills became dominant.

“Radical empathy is a concept that does exactly that – it encourages people to actively consider another person’s point of view in order to connect more deeply with them.”


Today, this trait enables us to see and understand another person’s point of view. It promotes tolerance, thoughtfulness and kindness – all essential traits for a peaceful, harmonious community. Indeed, empathy is the glue that holds society together.


Radical simply means pushing yourself outside of your usual ‘base level’ of emotion and consciously committing yourself to considering and caring more about others.


So, radical or 'extreme' empathy is simply empathy on overdrive.


There are three currently recognised components of empathy:


Mimi Nicklin is an empathetic leader and business coach, who was inspired to write a book, Softening the Edge, in response to what she describes as a global empathy deficit. But while the figures may look daunting, she makes it clear in her book that it’s a fixable problem.


She writes: 'Due to the neuroplasticity of our brains, empathy is a skill we can learn, fine tune and practise. Contrary to the belief of many, it’s not a trait we may or may not be born with, but a skill we can hone and improve.'

Michele Attias, mindset coach, and author of Stop Seeking, Start Living, agrees. “Empathy is a habit we can learn to cultivate,” she explains. “So there’s hope that, whichever level you find yourself in, there are ways you can increase your empathic understanding.”


There are several different training programmes that increase your levels of compassion (of which empathy is a part), says Dr Emma Donaldson-Feilder, Occupational Psychologist at Affinity Coaching and Supervision.


She refers to the Compassion Cultivation Training course (designed at Stanford University, and now taught around the world) Mindfulness-based Compassionate Living and Mindful Self-Compassion. 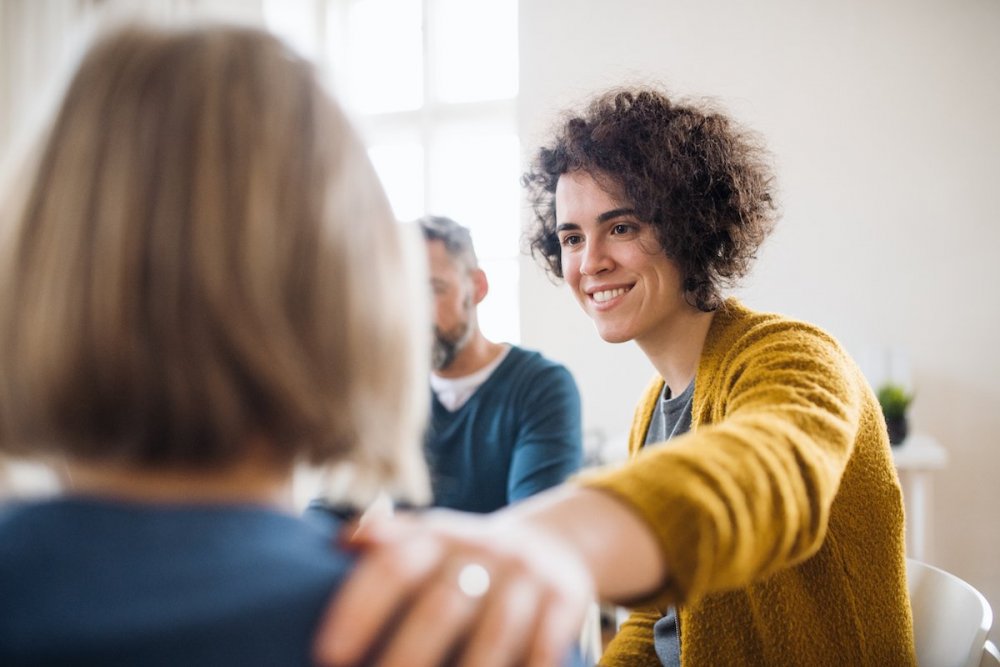 
But the quickest and easiest way to practise radical empathy is to simply put your mind to it. Take the time to really notice people and imagine yourself in their shoes, and this will allow you to better connect with how they might be feeling.


Ask questions and really listen to the answers. If your intuition tells you there’s something more, be open and patient and let them know they can come to you any time for a non-judgemental ear. It’s not just them who’ll feel better as a result.

What are the benefits to radical empathy?

There are many benefits to radical empathy, and they are felt both by the person giving, and the person receiving it.

“Showing greater empathy creates closer, deeper and more authentic relationships,” Attias says, “as you’re truly ‘seeing’ the other person and not blocking your emotions towards them.”

2. A feeling of purpose and belonging

Thinking outside yourself acknowledges your place in the global community. It helps us to see we’re all part of something bigger, something that has endured for tens of thousands of years, and that can bring comfort.

“As humans our fundamental need is to be seen and to be heard,” Nicklin says. “It is through these foundations that we grow. When we feel that those around us understand us, trust increases as does our inclination to share and build relationships.”

“When we’re empathetic, we’re free from judgement,” Attias explains. “Showing more kindness, love and openness to others has a positive effect on your wellbeing and can only impact positively on your relationships.”

Neuro-research has proven that we feel good when helping and connecting with others, Nicklin explains. “Not because we are trying to avoid negative consequences or feel we have to, but because behaviours such as cooperation and reciprocity are intrinsically rewarding to us. We enjoy these emotions - to empathise is to be happy.”

Nicklin's research revealed that when empathy levels are high, the desire to do well also increases. “Motivation in workplaces, motivation to perform, motivation to support the people connecting with us empathetically,” she says. “When we feel understood we strive higher, communicate more and innovate at a faster rate.”

While the benefits of radical empathy are many, there is a possible downside for some people.


Empaths are highly sensitive to other people’s emotions, absorbing their energies so deeply it can even translate into physical pain. This can cause them to swing in the opposite direction, leading them to protectively shut down their emotions.


But this overload can be balanced out, says Dr Donaldson-Feilder.


“In order not to feel overwhelmed by others’ distress we need to have compassion,” she says, “This way empathy is not felt in isolation but is combined with understanding and taking thoughtful action to support others.”

“The quickest and easiest way to practise radical empathy is to simply put your mind to it. Take the time to really notice people and imagine yourself in their shoes.”


Doing something – like we saw with the BLM protests and the Clap for Carers initiative in the United Kingdom – helps us to cope with those feelings of fear and helplessness, and pulls us together as a community,


Despite the frightening statistics, we’re not doomed to a future devoid of care or compassion. While global events have revealed selfishness and deep misunderstandings, they have also prompted incredible displays of radical empathy.

From the fear, anger and uncertainty, tendrils of hope have blossomed – spontaneous ovations for medical staff in the worst-hit coronavirus areas of Europe; Captain Tom raising nearly £33million for the UK’s National Health Service (and receiving a knighthood in the process), the coming together of millions around the world to peacefully protest that Black Lives Matter.


For the first time since World War II, the entire planet is united in a fight – both against COVID-19 and against racism – and both have served to remind us that we are not individuals, we are each a part of vast, connected global community. Modern life may have inadvertently bred apathy, but radical empathy provides us with the antidote. • Jacqui has been a true-life and travel journalist for over 25 years, and has travelled all over the world telling people's stories. Originally from New Zealand, she's now based in the UK, where she also wrangles two pre-teen daughters, and runs her lifestyle blog, JacquiPaterson.com.

Happiness.com » Magazine » RELATIONSHIPS » Radical empathy: what is it and what are the benefits?