While thinking about past actions can sometimes help you move forward in life, thinking too much can have the opposite effect and lead to depression and anxiety. Dee Marques shares nine steps to take that will show you how to stop overthinking and enjoy your life in the present.

As humans, we have the extraordinary ability to constantly reflect on our actions. There’s much to be learned from our decisions, so it can be useful to go over past situations to find the lesson in them.


And when it comes to the future, anticipating what’s to come and making plans can also be useful. Doing this can help us grow and be more successful, but it’s also easy to end up overdoing this type of analysis. In fact, overthinking can have precisely the opposite effect, leading to constant worry and a feeling of being stuck or unproductive. If this is the case then you'll need some ideas on how to stop overthinking everything.


Because having control over our thought patterns is critical to our well-being, it's important to learn how to avoid the overthinking trap. In this article you'll find a list of practical suggestions on how to stop overthinking and making your overall thought processes more positive.

If we’re to learn how to stop overthinking, learning to identify that we are doing it is essential. As I've outlined above, overthinking usually has two aspects: one is rumination (going over past events) and the other one entails worrying about the future and dwelling on worst possible scenarios.


RELATED: Remember – you are not your thoughts

In both cases, we almost always focus on the negative aspects of an experience, and also on those aspects that cannot be changed. Common scenarios for people who tend to overthink include worrying about falling ill, losing their job, or not knowing what they want to do with their life. Going over the past and “should have” scenarios are also typical, for example, “I should have said that”, or “I should have done this”. These are common thoughts when reflecting on a relationship that may have ended, a job you may have quit, or the way you handled a friendship that ended badly. 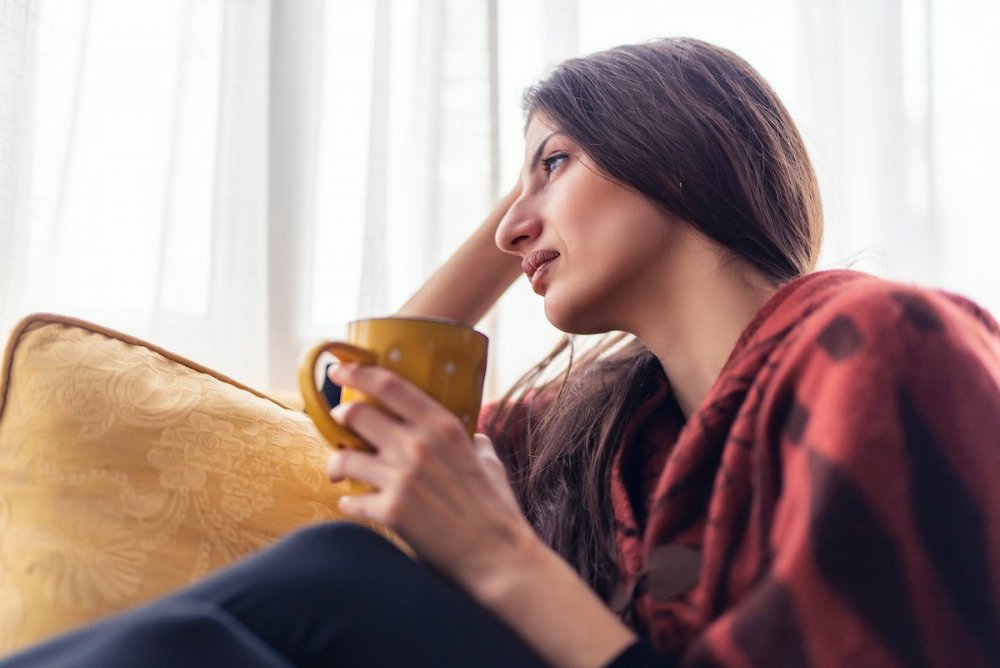 Pause for thought: overthinking can lead to anxiety


Overthinking is related to anxiety because the focus is often on things we can’t change (such as what has already happened or unknowns in the future). This thought pattern can easily create feelings of powerlessness, which, in turn, generate high anxiety levels.


Indeed, overthinking is characterised by a snowball effect that leaves us feeling overwhelmed, helpless and distressed. And as it happens with other harmful thought patterns, it can take over our life, interfere with everyday functioning, and make us lose control over our thoughts.


Other dangers of overthinking include mental health issues, increased chances of developing depression, and impaired problem-solving abilities. This happens because overthinkers are under the false belief that they’re working on a problem, when in fact, overthinking actually keeps them from solving the problem. Later, overthinkers realise they can’t find a solution and this creates even more anxiety.

“Because having control over our thought patterns is critical to our well-being, it's important to learn how to stop overthinking.”


Overthinking is also linked to sleep issues, as people who struggle to stop thinking fail to switch off and can't sleep because of intrusive thoughts. Furthermore, lack of sleep is also connected to depressive symptoms and poor concentration during the day. And there are physical symptoms too, like headaches, muscle aches, digestive issues and fatigue. Moreover, overthinking has even been linked to binge eating or drinking and self-harm.


RELATED: 14 sleep hacks to get a good night's rest


Despite the dangers of thinking too much, the number of people affected is substantial enough to take it seriously for us to really learn some techniques on how to stop overthinking. One US study called it a national epidemic, and bestseller books have been written about the subject, suggesting women are more prone to overthink. The female to male ratio of overthinkers is 57-43 per cent, and those aged between 25 and 33 seem more vulnerable too.

Before we move on to how to stop overthinking, it’s important to understand the mechanism behind this problem. Scientists believe it activates parts of the brain involved in fear or anxious responses. Overthinking begins in the cortex, where memories and future events are processed. As we dwell on things, obsessive thoughts engage the amygdala, the seat of emotional responses. Once the amygdala starts working, it triggers physical responses like a higher heart rate, muscle tension, and feeling paralysed by the negative thought.


It’s worth noting that overthinking starts with a good intention, usually problem solving or protecting ourselves, but more often than not, it takes us to a dead end and develops into anxiety. However, it’s possible to fight this habit and learn how to stop overthinking.

How to stop overthinking in 9 steps

If you struggle with overthinking, these nine tips could help you free your mind and live in the present moment more.

Overthinking is a habit, so there’ll be something that sends your brain into overthink mode. It could be at bedtime as you take stock of the day, or it could be asking yourself a “what if?” question, re-reading a journal, looking at family photos, etc.

2. Be aware of your response

Recognise anxiety as it appears and ask yourself if this is in your head or how productive these thoughts are. Will this way of thinking help you see things in a new light or are you simply going over the same thing again and again?

We usually overthink because we want to protect ourselves, so think about what practical measures you need to take to achieve that. 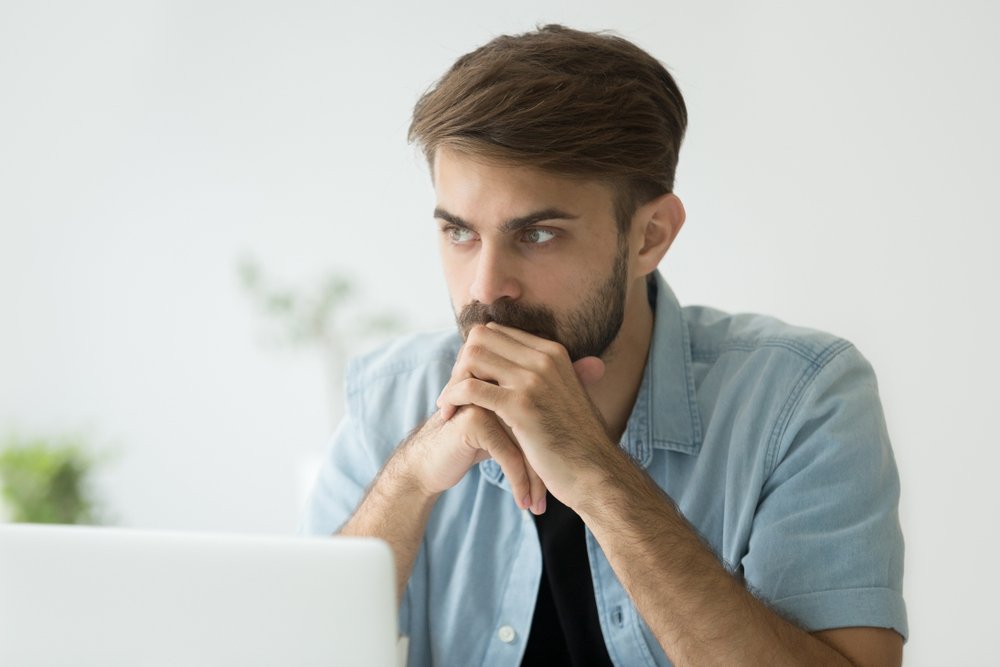 Learn how to stop overthinking can improve focus

Telling yourself “you shouldn’t think about that” may have the opposite effect (the “don’t think of an elephant” effect). The more you try to suppress those thoughts, the more nagging they become. So, instead, try to divert attention and give your mind something else to focus on. This could be picking up a creative hobby that has a challenging element, working out, or calling a friend.

6. Pay attention to what you consume

The information that enters our minds can contribute to the snowball effect of overthinking. It’s important to read/hear positive and constructive information at the start and/or end of the day to counter an overthinking habit.

As I said at the beginning of this piece, thinking about the past or future isn’t necessarily bad. But there’s a difference between reflecting and obsessing, and this is an important distinction if you want to learn how to stop overthinking.

“Follow a body scan meditation script when going to bed to shift your awareness away from overthinking and into your bodily sensations.”

One technique that can help is setting a time to reflect on things that matter to you and not letting your thoughts free rein. For example, tell yourself you can think about what's on your mind for 30 minutes between 17:00 and 17:30pm, but no more after that. You can even set an alarm if necessary so you know when to stop.

You can try controlled breathing exercises to help your brain slow down and shift your attention somewhere other than your worries. Alternatively, follow a body scan meditation script to shift your awareness away from overthinking and into your bodily sensations. This technique is particularly useful if you want to learn how to stop overthinking just before trying to get to sleep.

9. Live in the present

Mindfulness techniques can help you focus on the present and make the most of it, bringing enjoyment instead of the anxiety triggered by overthinking.

If you’ve experienced the draining effect of rumination, know that it’s possible to break the cycle and learn how to stop overthinking. Finding triggers, becoming more aware of harmful thought processes, and developing strategies to distract and relax your mind can help you make the switch from passive to active thinking and take control of your thoughts.


Don’t let anxiety and irrational negative thoughts interfere with your well-being. Put in practice the suggestions listed here on how to stop overthinking and you’ll realise that you can learn to cope with whatever life throws at you. •

7 ways to tap into your intuition

Can tapping into your intuition help you create the life you want? Sonia Vadlamani explains why it’s beneficial to hone our intuitive sense to make