I have known a few people with borderline personality disorder (BPD) in my life. I can say with certainty that they suffered — as did those close to them.

However, thanks to the explosive nature of the disorder, however unpleasant it may be, BPD did not stay hidden. Some of them were diagnosed and received treatment. More importantly, they learned to understand the nature of their unpredictable emotions and reactions.

I probably also know a few people with quiet borderline personality disorder (QBPD). Unfortunately, I cannot say that I know who they are. Are they aware that what they are going through is a disorder? Quite possibly not. Do their loved ones understand what is happening? They might not have a clue.

That's because quiet borderline personality disorder is a difficult but often invisible ordeal. As this article will make clear, it bears the burden of the BPD. Still, it stays concealed — often even from the affected person themselves. Yet, the moment you understand QBPD and its manifestations, the path towards treatment opens.

So,  what is quiet borderline personality disorder?

What is quiet borderline personality disorder and how is it diagnosed?

Unlike some other mental disorders that come and go, personality disorders are usually enduring. One of the criteria for diagnosis states:

“The impairments in personality functioning and the individual’s personality trait expression are relatively stable across time and consistent across situations.”

Personality disorders are pervasive, unchanging, and present at least from adolescence. They form an inner experience and behaviour pattern deviant from a person’s cultural norms.

“A person affected by quiet borderline personality disorder aims hostility and anger at themselves. Feeling sombre and dejected is often mixed with a buried feeling of anger and disappointment towards others.”

In other words, it seems to be the structure of the individual’s personality that is affected. A personality disorder is apparent throughout life and across different contexts. A person who is, for example, narcissistic will act that way at work, in love, with family and strangers. Those who know them will tell you that it is how they have been forever.

What is borderline personality disorder?

QBPD is a variation of BPD. Therefore, we need to be clear on what the disorder entails. Borderline personality disorder is a syndrome of disordered functioning in relationship to oneself and others. To meet the diagnostic criteria, the affected person has to manifest the following symptoms:

The current classification of mental disorders does not divide the BPD into subtypes. Nonetheless, the official criteria could be combined differently. As a result, individuals with BPD are often very unalike.

This is probably one of the reasons why borderline personality disorder has long been notoriously under-detected and misdiagnosed in clinical practice. 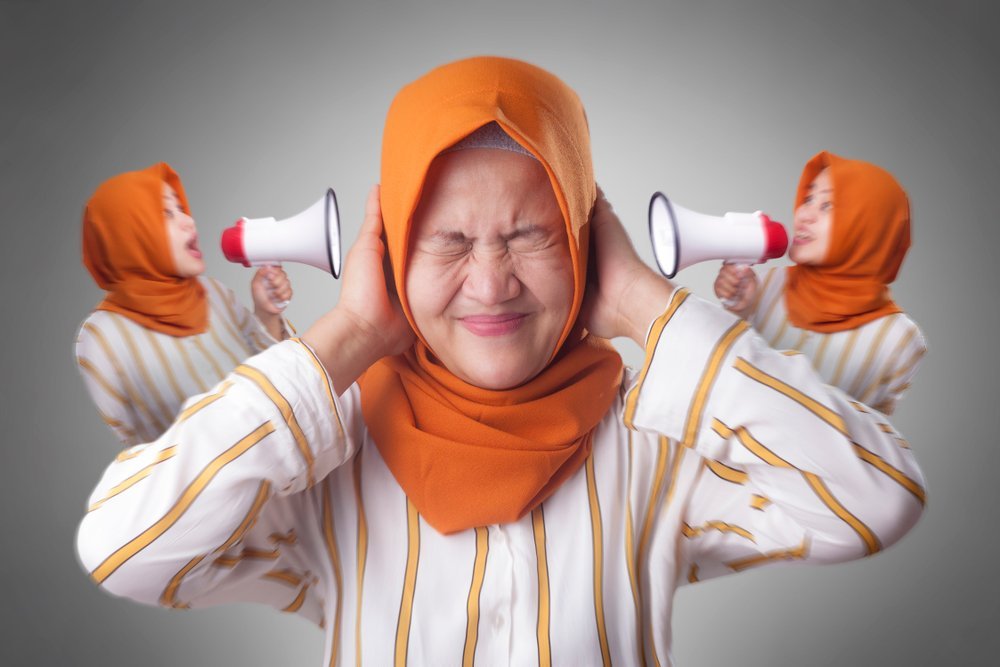 Aiming hostility at oneself is a sign of QBPD shutterstock/airdone

It is also why many popular psychology authors voiced their opinion about the subtypes of BPD.

Some scholars and practitioners also argue that borderline personality disorder should be divided into three subtypes based on the dominant cognitive mechanisms in their foundations. A 2017 study determined three clusters of BPD patients with distinct profiles:

Million and Davis have proposed, based on extensive professional expertise in the realm of personality disorders, that there are four subtypes of BPD:

So, what are the symptoms of the quiet BPD subtype?

Most professionals and laypeople would think of someone with BPD as an explosive, violent and hostile person. An unpredictable and impulsive human ticking bomb. However, it appears that there are those affected by the disorder whose suffering remains largely invisible.

In quiet borderline personality disorder, all the symptoms of the BPD are directed inwards. According to Million and Davis, a person affected by quiet borderline personality disorder aims the borderline hostility and anger at oneself. They might act clingy and form codependent relationships. Feeling sombre and dejected is often mixed with a buried feeling of anger and disappointment towards others. However, they do not let it show. Their anger is more likely to be manifested as self-harm and suicide attempts than aggression towards others.

Could you be living with QPBD?

Here are some of the signs that suggest you could be living with quiet borderline personality disorder:

Where does the difference between the typical BPD and the quiet variant come from? One possible explanation is Lynch and colleagues’ work on undercontrol versus overcontrol in clinical settings. In short, the majority of those affected by BPD (the typical syndrome) are undercontrolled. They are impulsive, erratic and dysregulated. Nonetheless, some people are overcontrolled; meaning that they are reserved, hard to engage, seemingly emotionally flat. Yet, their inner world is as tempestuous as that of the undercontrolled individuals.

At this point, we return to the statement made in the introduction. Unfortunately, the quiet variant of BPD is even more undetected compared to BPD as a whole. Why? It is simple — people living with the condition do not let it show. They rarely (if ever) seek help. They overcontrol.

Nonetheless, even if it feels unnatural, if you recognise the symptoms mentioned above, it is vital for you to reach out. And if someone you know seems to be affected by QBPD, try pointing them out towards learning about the disorder and getting professional help to deal with it.

“Unfortunately, the quiet variant of BPD is even more undetected compared to BPD as a whole. Why? It is simple — people living with the condition do not let it show. They rarely (if ever) seek help.”

Unfortunately, not enough is understood about QBPD to determine which psychotherapy modality would work best. The following approaches were scientifically explored and are used in clinical practice for the treatment of BPD. In addition to psychotherapy, medication is sometimes prescribed.

The basic principle of CBT is to work on modifying the thinking and behavioural patterns that are unhelpful and perpetuate the disorder.

According to a systematic review of 45 studies, CBT is beneficial in treating personality disorders in general — and BPD in particular. The findings of another study confirmed that CBT could help decrease the symptoms, distress, anxiety, suicide ideation and dysfunctional beliefs typical of BPD. 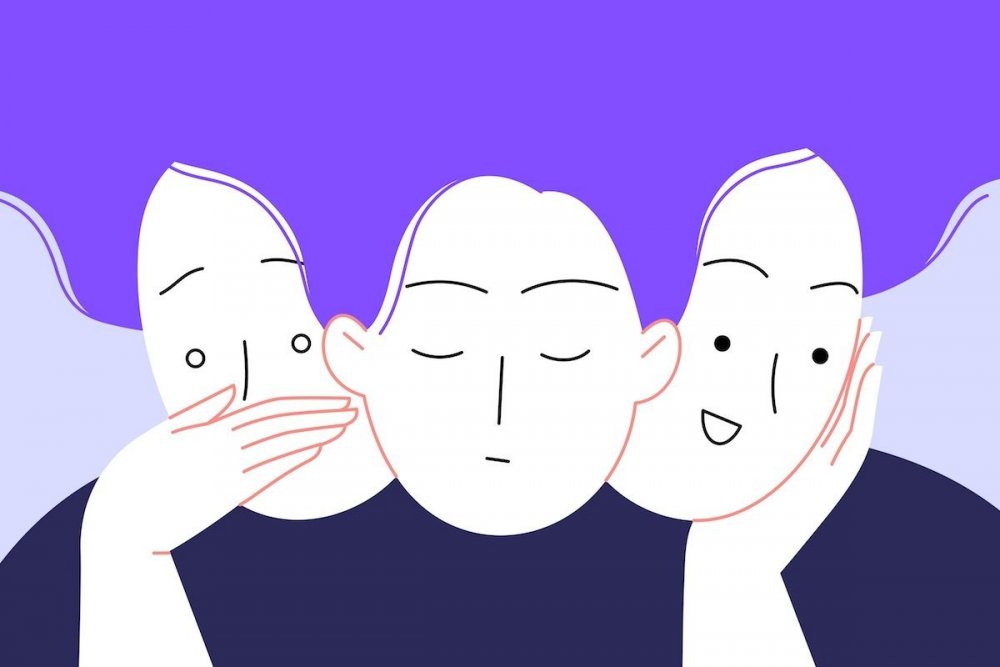 DBT is one of the CBT modalities. It was developed specifically to treat BPD. In 2016 it was still the only empirically supported treatment for BPD. It targets the unstable sense of self, chaotic relationships, fear of abandonment, emotional lability and impulsivity (such as self-injurious behaviours).

During the therapeutic process, the clients develop skills such as mindfulness, interpersonal effectiveness, emotion regulation, and distress tolerance.

The previous two modalities are implemented in treating BPD in general. The quiet variant could also benefit from them, given that the core issues are shared across the syndrome. However, RO-DBT was developed specifically for disorders of overcontrol. The authors designed it to address difficult-to-treat mental health conditions. And yes, QBPD is difficult to treat.

Take control over your QBPD

Living with a quiet borderline personality disorder is not an easy thing to do. BPD is known to cause severe problems in the person’s relationship with themselves and the world. When you keep all those BPD emotions and thoughts within, pushing through the day can sometimes feel like Sisyphus work.

I will not pretend quiet borderline personality disorder will go away in the blink of an eye for the sake of pep talk. However, you can learn to develop a psychologically healthier way of being. Adequate support and treatment can teach you how to rebuild your view of the world. With a change in your mindset, you can nurture close relationships with others based on empathy and respect.

Although every personality disorder is a persistent companion, it does not have to determine your future. All you need to do is take one simple step now. Open yourself up to a fuller and richer life. Reach out. •

Can you cultivate a more secure attachment style?

If intimacy doesn't come naturally to you, new research suggests ways to improve your romantic relationships. By Elizabeth Hopper on behalf of