Is the intuitive thought process reliable, and can we quantify it? Sonia Vadlamani discusses forms of intuitive thinking and why implementing these can help us make better decisions.

Perceiving an important lesson or a mysterious insight without any logical thought or reasoning being utilized –also known as intuitive thinking – has been prevalent in us humans since time immemorial. “There can be as much value in the blink of an eye as in months of rational analysis,” claims author Malcolm Gladwell. As a matter of fact, we often apply intuition alongside rationality, logical reasoning, and facts, while we are assessing a situation, even if we are unaware of it.

What exactly is intuition?

Intuition refers to responses or feelings that do not arise from deliberate reasoning or conscious thinking. The subconscious brain stores lessons and findings from our past experiences and attempts to recognize and retrieve these thought patterns in similar situations. These learnings are often lightning-fast and not logical at the outset but seem to occur from a deep-seated knowledge. “Intuition involves a sense of knowing without knowing how one knows,” states Dr Seymour Epstein, Professor Emeritus in Psychology at University of Massachusetts.

Also known as a ‘gut feeling’ or ‘hunch’, intuition can play a crucial role in day-to-day choices as well as complex decisions, so that aunt with an uncanny foresight for predicting a tragedy or the friend who sometimes can spot incoming trouble when she meets your love interest, may in fact be relying on their intuition to make these decisions.

RELATED: 7 ways to tap into your intuition


Relying on intuition has saved me from physical harm and mental distress many a time. A few years ago I was returning with a group of friends from a road trip spanning several thousand miles. We debated whether to keep driving through the night to cover more distance, or to halt at an inn, so we’d be rested and refreshed when we started driving again in the morning. I usually rush through the return journey as I start missing home, but curiously my gut told me to avoid it this once. “Don’t drive tonight” was the specific answer I was hearing from within, and though surprised, I heeded it nevertheless. 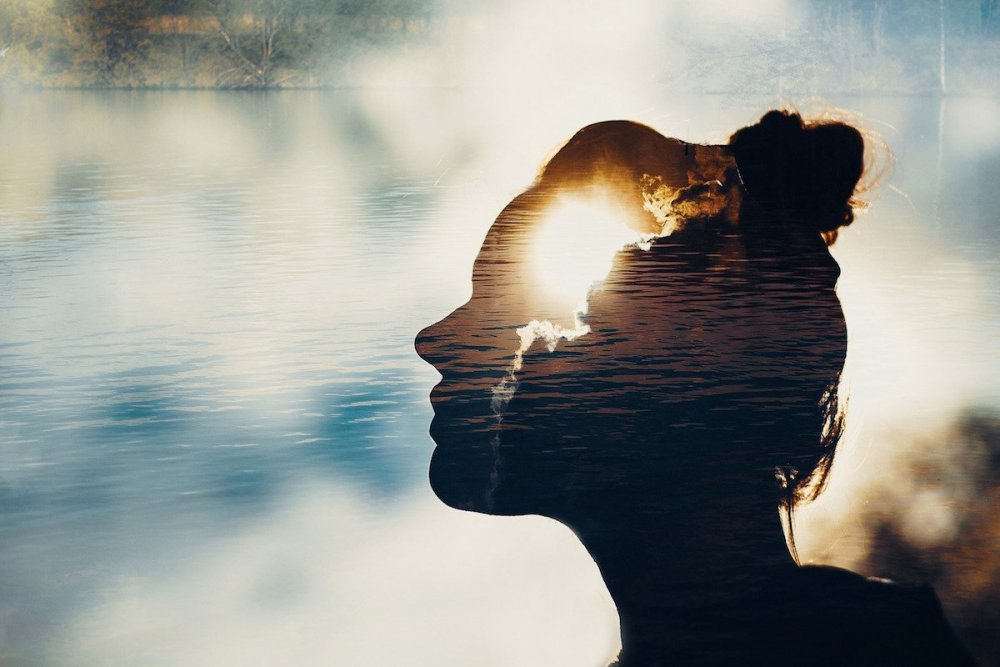 
I didn’t quite understand the need to take a break in this manner, but somehow managed to convince my friends to do the same. In the morning, when we started driving afresh after a good night’s rest and a nourishing breakfast, we witnessed a massive accident on the bridge which was the only way out of the town. A sleep-deprived driver had tragically driven a bus off the bridge into the river the previous night, causing a traffic mayhem which had begun to clear only in the morning. If we had driven through the night, we’d be exactly there at the time of the accident. While we felt extremely sorry for those who’d been in the mishap, I was incredibly glad I listened to my inner voice.

Interestingly, one’s tendency to trust their intuitive thought and the context it’s used for is warped in cultural and geographical influences. According to Gerd Gigerenzer, director at Max Planck Institute for Human Development, intuitive thinking is considered somewhat inferior to rational thinking and logical deduction in the North American and South Korean subcontinents.

In contrast, a study by Emma E. Buchtel et al revealed that East Asians tend to favor intuitive reasoning more as compared to those from other regions in the world. In Japan, inner intuitive thought is encouraged as the primary reasoning method from a tender age and is honed with the guidance of masters.

• JOIN US! Sign-up and connect with a caring, curious and spiritual community •

Researchers claim that we begin to develop and utilize intuition as early as from the age of six, when we are still in the second stage of development, also known as the stage of concrete operations. According to the Truine Brain theory, intuition may arise from near the pineal gland situated in the prefrontal cortex area in the brain, which regulates our emotions or affective system, in addition to granting us lessons or insights with inputs from morality and intuition.


Interestingly, while intuitive thought doesn’t really originate in the gut, the presence of a wide range of neurotransmitter microbes in the gut make it possible for us to register our emotional experiences in the form of gastrointestinal distress. This gut-brain connection enables us to often feel emotions like anger, fear and excitement, etc, in the stomach area, which is why we sometimes call intuitive thought as our “gut feeling”.

The four types of intuitive thinking

Researchers have theorized four kinds of intuitive thinking, each distinct and unique yet easily identifiable in most situations:

Mental intuitive thought suggests one’s ability to find the solution for a problem, without the need for deliberation or detailed analysis. This intuitive skill is commonly seen or ideal for professions which require quick decisions to be made, like firefighters, negotiation specialists, etc. In fact, the US Office of Naval Research devised an extensive study to investigate the scope of “spidey-sense” or mental intuitive thinking to enable naval officers to make quick and efficient decisions in high-pressure and chaotic circumstances.

Emotional intuition refers to one’s ability to immediately sense someone’s emotional state and personality traits. Michelle Despres, Intuitive Medium therapist and the author of Intuitively You: Evolve Your Life and Mend the World, describes this feeling as “clairsentience” or the “Intuitive Act of Clear Sensing”. A keener emotional intuitive quotient could mean higher empathy levels towards others, which means that in addition to sensing one’s energy vibrations and understanding how they’re feeling, one can also view a situation from their perspective. 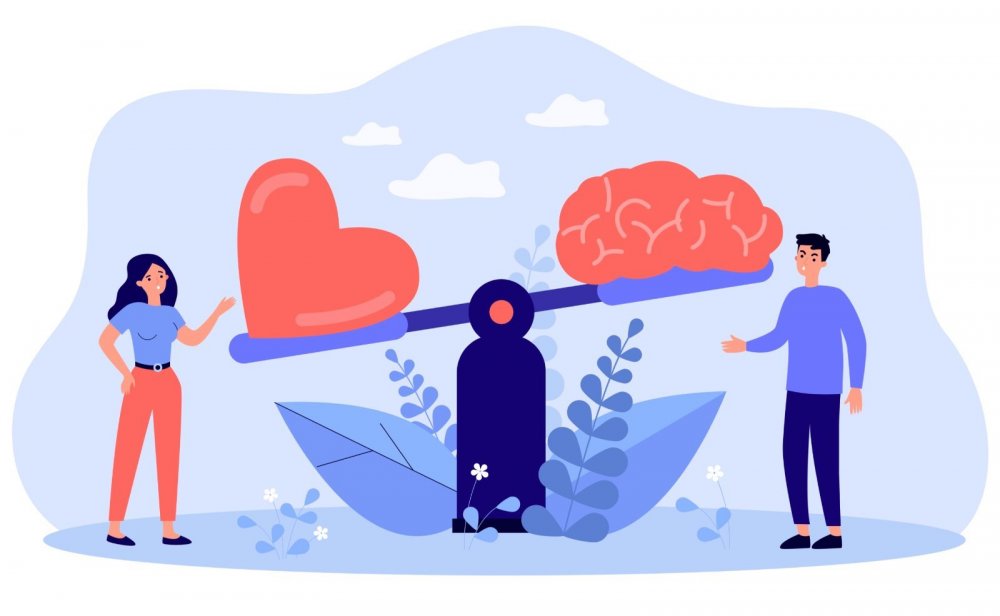 Intuition relies more on the heart than the head shutterstock/BRO.vector

Psychic intuitive thinking involves overcoming a problem during a crisis or choosing the best path forward in a difficult situation without putting any deliberate mental effort into it. Psychic intuitive thought can be useful for preventing negative influences, or in determining your social dynamics.

Spiritual intuition concerns one’s own self-awareness and experience rather than fact-based reasoning. This kind of intuition relates to one’s connection with the higher dimension and elevated awareness, and is closely related to the principles of Buddhism, which renders it an almost supernatural characteristic.

“While intuitive input can be recognized with ease, it is difficult to describe and quantify it. However, the role of intuition in decision-making cannot be denied.”

Research states that encouraging intuitive thought and relying on it can lighten our overall cognitive load and reduce the response time, allowing us to make decisions swiftly and more accurately. While intuition facilitates survival by offering quick responses in a situation, it can rely heavily on “cultural capital” or learning inputs specific to our cultural, political, moral, and social landscape. Therefore, it is imperative to counter intuitive thought with rational inputs to avoid bias or inaccuracy in our decision-making process.

With sufficient practice over time and by putting your trust in intuitive thought process, it is possible to tap into your intuition to improve your decision-making prowess as well as to boost creativity.

Intuition played an important role in cognition for the greatest philosophers like Plato and Aristotle. Plato believed that intuition, be it supernatural or rational, entails the immediate perception of ideas.  Albert Einstein, one of the greatest physicists known to the world, has been quoted extensively as stating, “The intuitive mind is a sacred gift, and the rational mind is a faithful servant.” Einstein maintained that his groundbreaking theory of relativity was a result of his intuitive thinking, even as it faced critical objection from the scientific community then.

Despite extensive acceptance of the existence of intuition and its effect on decision-making, most researchers have largely been unable to quantify it. However, a recent study by Joel Pearson et al revealed that the impact of emotional intuition over one’s choices could be measured and quantified. Pearson concludes that intuitive thought or “nonconscious emotional information” can improve the quality of decision making, in addition to improving the speed of decision-making and accurate results.

Indeed, intuition is a complex phenomenon as it is embedded in knowledge and lessons drawn from past experience. While intuitive input can be recognized with ease, it is difficult to describe and quantify it accurately. However, the role of intuition in decision-making cannot be denied. When applied carefully in conjunction with logical reasoning, intuition can offer an extensive competitive edge for individuals, as well as organizations. •

Fitness and healthy food blogger, food photographer and stylist, travel-addict and future self journaler. Sonia loves to write and has resolved to dedicate her life to revealing how easy and important it is to be happier, stronger and fitter each day. Follow her daily pursuits at FitFoodieDiary or on Instagram.

7 ways to tap into your intuition

Can tapping into your intuition help you create the life you want? Sonia Vadlamani explains why it’s beneficial to hone our intuitive sense to make

Yes, happiness is a choice and not a result of achievements or purchases. Learn how to maintain your happy vibe with these eight tips from Calvin