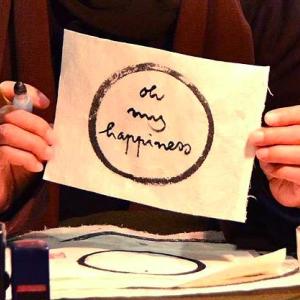 Plum Village Poblenou Sangha is a mindfulness, meditation and relaxation community of practice based on the traditions and teachings of Zen Buddhist Master, Thich Naht Hanh. Community members meet weekly to collectively generate the energy of mindfulness, insight, and concentration.

Plum Village meditation aims to make the practice of mindfulness a daily life activity and to build a community of shared practice. The Plum Village Poblenou community is a space to relax the mind and the body; to recharge from everyday life so we can better cultivate joy, happiness and freshness. It is believed that when there is freshness, it's easier to be there for ourselves and those we love. Plum Village Poblenou is open to everyone, and no previous experience or spiritual practice is necessary. Be prepared to indulge in total relaxation, walking and sitting meditation, group sharing, and or tea meditation. Occasionally, there are audios or videos of Thich Naht Hanh talks played for discussion.

Meeting time is every Monday from 19:15 sharp and finishes at 21:30. The Plum Village Poblenou programme includes a 15-minute guided sitting, followed by a 15-minute silent sitting. At 20:00, there is a 15-minute walking meditation, and then for the next 15 minutes, the community deepens the practice by reading, listening to an audio or watching a video. At 20:30, there's a 15-minute tea meditation, followed by a 45-minute group sharing session.

Visitors of Plum Village Poblenou are encouraged to bring something to sit on, such as a yoga mat, meditation bench/pillow, or a cushion. Proper clothing should be worn that allows one to sit comfortably on the floor. You should also bring a cup for tea and a water bottle. All the sessions are given in English, and a small donation will be accepted to support the rental of the space and the website.

Plum Village Poblenou welcomes everyone from all genders over the age of 18 who are open to experience mindfulness in the Plum Village tradition or have previous experience of it. Visits have to be confirmed before the meeting by filling out a contact form or emailing plumvillagepoblenou@gmail.com saying "I would like to join this week". Space is limited to 8 people only, so make sure to book in advance. Please note, it is not advised to show up at Plum Village Poblenou without confirmation, due to the confinement of space.