Sonia Vadlamani explains why what other people think of you is really none of your business, and how imbibing this revolutionary truth can change your outlook on life, for the better.

While the age-old idiom urges that it isn’t fair or wise to ‘judge a book by its cover’, humans are inherently programmed to do just that. And, surprisingly, this tendency continues even after we get to know others relatively better.


Our relentless fixation with how others perceive us is further intensified in the online world. Social media implores us to constantly upload snippets of our lives: to be witnessed, judged, interpreted, and opined about in a myriad of ways and by people that we’ve often never even met! It seems like the more we reveal about ourselves, the more people have to say about us.


The constant judgement and prying also creates a perceived need for people to seem ideal and likeable, which can often leave them struggling to cope with uncertainty regarding feedback from others. The fear of people’s opinions is an unreasonable obsession, especially predominant in the modern world, and what’s worse, it may be holding you back from performing at your best level. 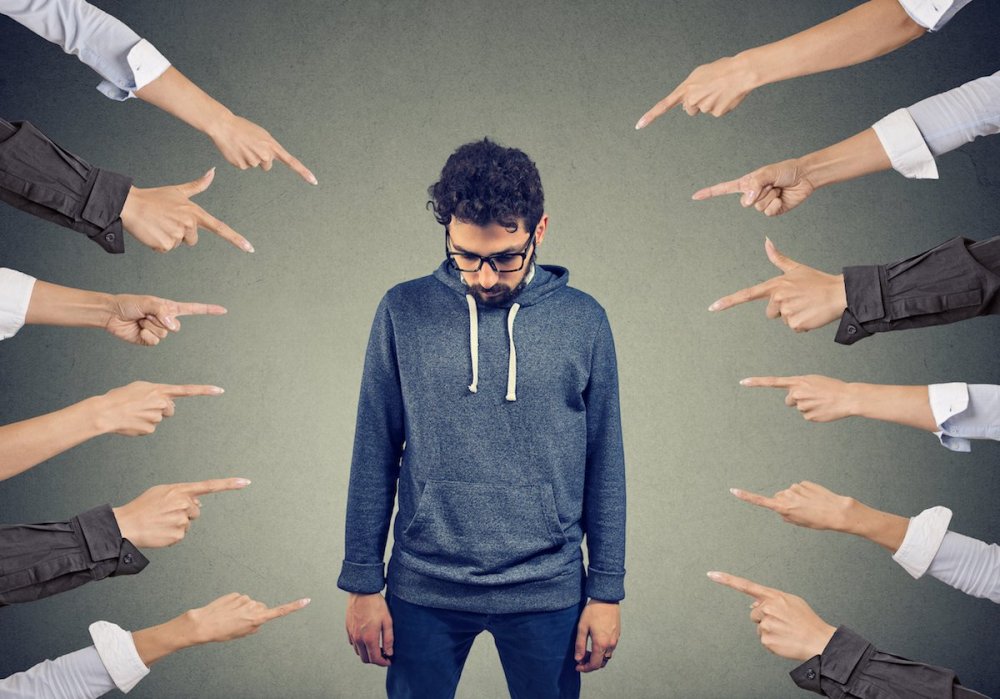 Tell yourself: “what other people think of me is none of my business.”


As a compulsive people-pleaser, I used to worry about what people thought of me constantly, only to realize eventually that I could not possibly be liked by every single person. And, although I understood the logic underlying the lesson “what other people think of me is none of my business”, the difficult part was to internalize the message and implement it consciously in day-to-day functioning.

Why humans love to judge

The ability to infer the intentions of others from something as basic as motion cues alone is one of the basic cognitive adaptations deeply rooted in human behavior.  Detecting danger and making quick decisions was deemed essential for reproduction, survival and evolution. Thus, we learned to interpret, label, and file our assessments about others, so we can retrieve and utilize the information when needed.


Extensive studies by Susan T Fiske et al revealed that warmth and competence are the two fundamental dimensions used by people to perceive others, and the combinations of these result in generating emotions like admiration, envy, indifference etc.

“What other people think of you really isn’t any of your business: it’s best to not let other people’s opinions prevent you from being the authentic version of yourself.”

Indeed, we face judgement from varying ages and by different groups, i.e. family, faith, school, friends, workplace, etc. As a result, we become hard-wired to make snap judgments as we grow, which instils the need to be liked by everyone and the fear of other people’s opinions.

Although it might sound confusing, what others think about you really doesn’t matter. In fact, what really matters is what you think of yourself. Here are five reasons why:

For example, if you believe that your co-workers are discussing your dress sense or work ethics, it's only you who is deciding so, and you cannot be certain this is actually happening. Since we cannot read people’s minds, we should consciously stop making assumptions and rely purely on the actual events and accurate information as the basis for our thought patterns and resulting behavior.

2. You cannot control what others think of you

Every person has their own unique perspective and a way of gauging others that has absolutely nothing to do with you, as pointed out in The Four Agreements by author Don Miguel Ruiz. What’s more, it’s likely to be an ongoing process that you cannot possibly control. Indeed, you’ll continue to be judged and held in a certain regard by others, regardless of how many times you interact with them and whether you’re warm and friendly or cold and distant.


A study by Cornell University revealed that people continue to judge others according to their appearance and implied behavioral cues, even after interacting with them in person. It was concluded that first impressions last even after several face-to-face interactions, and that instead of doubting at least some of our initial perceptions after these interactions, we continue to believe them to be accurate and valid.


Thus, what other people think of you really isn’t any of your business: it’s best to not let other people’s opinions prevent you from being the authentic version of yourself.

3. If a person is judging you, they’re probably judging themselves

We judge and ascertain people by our own standards. Some of us measure our lives in terms of achievements and fame. Others value friendships and relationships the most. And, interestingly, one’s perceptions of others can reveal a lot about their own personality. 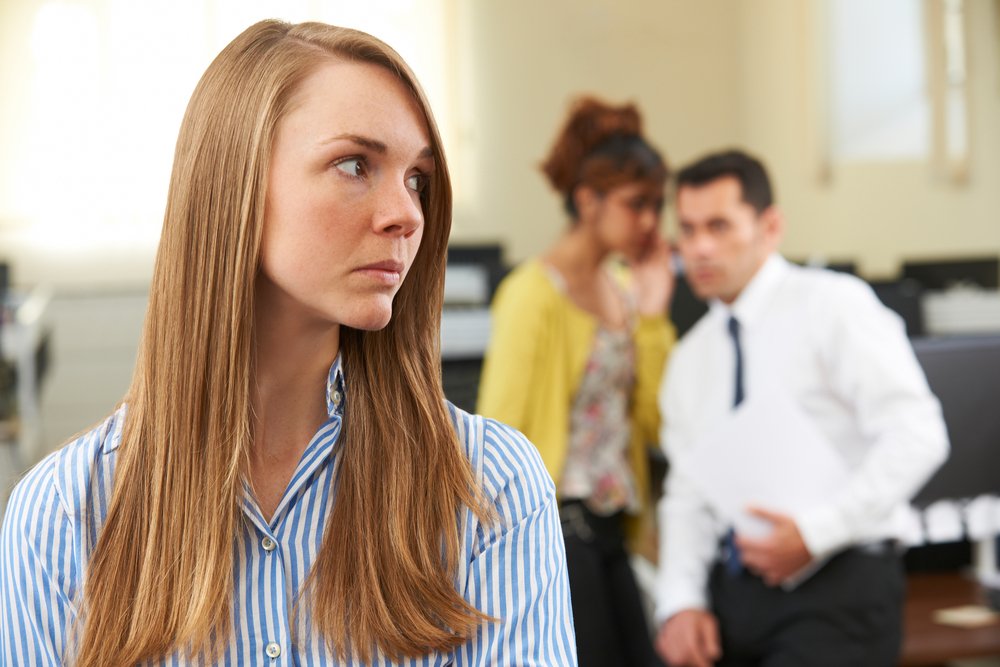 If someone is judging you, they are also judging themselves shutterstock/SpeedKingz


In fact, the standards you employ to measure your self-worth is essentially the same yardstick you use to size-up others around you. Understanding what other people think of you is none of your business is key to relieving yourself of the responsibility to please everyone around. Indeed, you cannot fulfil one’s idea of perfection, owing to the simple fact that their values and belief systems may be entirely different than yours.

4. Replacing constant worrying with positive emotions could make you happier

Very often, judgments require us to retrieve crucial bits of information from our memories, and we often resort to recollecting negative feelings about others quicker than the positive ones. There is ample scientific evidence to suggest that not all emotions are created equal, and that as we grow older we tend to pay more attention to negative emotions such as jealousy, hatred, anger, sadness etc., as compared to positive emotions like joy, hope and love.

“Accepting what other people think of you is none of your business can lead to a stress-fee life and happy state of mind.”


We also tend to assume negative feedback and perspectives about ourselves on the behalf of other people, sometimes even without any prior reason. A review study by Roy F Baumeister et al found that this ‘negativity bias’ is a far more impactful and basic underlying psychological condition that creates self-doubt and reduces life satisfaction.

Accepting what other people think of you is none of your business can lead to a stress-free life and a happy state of mind.

5. Genuine feedback about what people think of you is useful

Even though it's good to ignore what people think of you, it may benefit you to take a break from this lesson periodically and take constructive feedback from the people you trust about so-called ‘blind areas’ or unknown aspects of your personality.

According to the Johari Window Model – a useful psychological tool created by Joseph Luft and Harry Ingham – seeking feedback with an open mind may help you uncover the hidden or unacknowledged facets of your personality, like a natural talent, a repressed feeling from childhood, or a certain hard-wired behavior that you may want to address.

In truth, you cannot change how others perceive you, or even predict how they’ll react around you. Realizing that you really cannot control how others think of you can be utterly liberating and cathartic. Being self-aware, challenging negative self-talk and reviewing your perception of yourself consciously is the key to ingraining this lesson. Fitness and healthy food blogger, food photographer and stylist, travel-addict and future-self journaler. Sonia loves to write and has resolved to dedicate her life to revealing how easy and important it is to be happier, stronger and fitter each day. Follow her daily pursuits at FitFoodieDiary or on Instagram.

Unhappy at work? Here are the 6 things you need to find

If you're feeling unhappiness in your work life, there are six things you need to find. Dee Marques explores how you can achieve them,

8 ways to cultivate your authentic self

Authenticity can seem like a risky venture in the current screen-obsessed age, wherein we constantly strive to fit in and be accepted by others.

“I feel lucky to be there for people when they need someone to talk to.”

Volunteering is a rewarding experience that can unlock a host of benefits. James Frew explains why he started volunteering for the Samaritans

Happiness.com » Magazine » PERSONAL GROWTH » Why what other people think of you really is none of your business